PLENTY TO ENJOY once the superb cheltenham festival is over

Not that the weekend’s sport is going to be dull. Far from it.

Kempton Park’s post-Cheltenham card, now in its seventh year of the current format, usually revolves around two handicaps framed specifically to provide opportunities for horses who just miss the highest level yet still fully deserve a crack at a good prize on a premier track.

This year it has been boosted by the transfer of a fascinating EBF Novices' Handicap Hurdle Final and the Listed bumper for mares from last Saturday’s abandoned card at Sandown Park.

There’s plenty to look forward to on Sunday too, when Jockey Club Racecourses stage family friendly cards at both Carlisle and Market Rasen.

DOWNTOWN BIDDING TO MAKE A QUICK GETAWAY WITH SILVER PLATE

The Paddy Power Silver Plate Handicap Hurdle is the first of two races who were eliminated at the 48-hour declaration stage from the Festival’s handicaps, which are invariably  oversubscribed.

A maximum field of 20 is headed by course and distance winners Downtown Getaway and Who’s My Jockey.

Downtown Getaway made a successful return here last month after a wind operation and is bound to be popular for the Nicky Henderson stable, which took Cheltenham by storm on the first two days.

Who’s My Jockey is a recent recruit to the stable of Richard Hobson, who went close at The Festival on Tuesday with the splendid Lord Du Mesnil in the National Hunt Chase.

The Paddy Power Silver Bowl Handicap Chase caters for those who failed to make the cut in the meeting’s handicap chases. 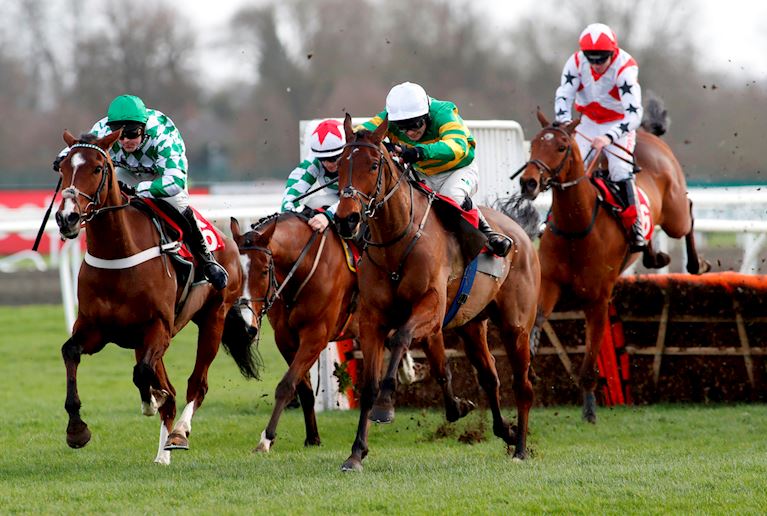 Top weight here is shared by two chasers of very different hue. On the one hand we have Topofthecotswolds, a six-year-old novice with his future in front of him, and on the other Garde La Victoire, a 12-time winner who started favourite and was going well enough when falling four out in the JLT Novices’ Chase four years ago butis now 11 and so no longer in the prime of life.

Topofthecotswolds has been waiting for this drying ground by the look of it and is not one to underestimate.

SWITCHED EBF FINAL COULD OFFER UP A TREAT

The switch across the Thames from Sandown Park to Kempton Park of the EBF Final should favour the Fergal O’Brien-trained Hurricane Harvey, whose Wincanton defeat of Southfield Stone and St Barts reads all the better now

Both Paddy Brennan and Conor Brace, his recent winning riders, are out of action for the time being, so James Bowen comes in for what will be just his second ride for the stable. You can be sure that he’ll be making the most of the opportunity.

Paul Nicholls saddles well-regarded Market Rasen winner McFabulous, who is likely to go off favourite in a maximum field for what is invariably a strong race in its own right and also a rich source of future chasing talent.

The Listed mares’ bumper which concludes proceedings has a smaller field, but there’s quality in the line-up. Paul Nicholls’ easy Ascot winner Sabrina looks the one to beat but dual winner Coquelicot, one of two runners saddled by Anthony Honeyball, arguably has slightly stronger form.

VETERANS TO DO BATTLE FOR DECENT PRIZE AT CARLISLE

The feature race at Carlisle on Sunday is a £30,000 handicap chase for veterans, in which Sandy Thomson’s one-time RSA Chase fancy Seeyouatmidnight is sure to be popular with locals. He was beaten a long way at Kelso on his return to action, but he had been off the track almost two years and ought to come on significantly for the race.

He will be reunited with Grand National winning rider Ryan Mania, who won three times on him back in the 2013/14 season and has enjoyed a new lease of life since he came out of retirement. 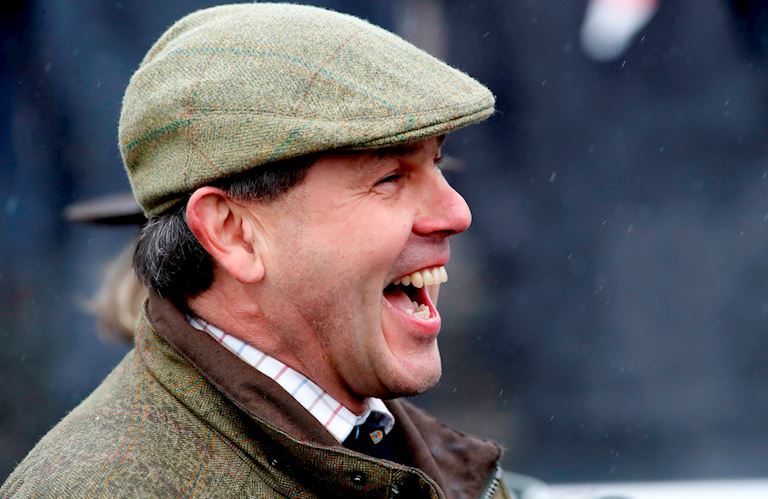 However, while the heart may be with Seeyouatmidnight, the head has to go with Jepeck, who is having a great season and won the Final of last year’s series at Sandown Park in January.

SUNDAY IS ALL ABOUT THE LOVING AT LINCOLNSHIRE'S PREMIER RACECOURSE

Market Rasen’s meeting is being billed as Love Market Rasen Raceday, and a seven-race card at one of our friendliest venues will be boosted by entertainment off the track including  live music from the Moonshiners and free entertainment for children.

On top of that the track is hosting the Love Market Rasen Community & Business Awards, the importance of which to the local environment is reflected by race titles such as the West Lindsey District Council Chairman's Handicap Chase and the Small Business of the Year National Hunt Flat Race.

The sport itself might be relatively low key after our ‘Four Days Of Extraordinary’, but it should be a fun day all the same.