Rain might have dampened the spirits or racing fans looking for their Saturday fix at Sandown Park but there is some excellent racing on offer on Sunday.

With the clock ticking down until the start of The Festival™ presented by Magners on Tuesday at Cheltenham , its Jockey Club Racecourses sibling, Warwick, offers a card which will be complemented by a host of countryside activities.

And while it’s rare to start this feature with the LAST race of the day, we make no apologies for doing so this week. Because, while some racegoers are tempted to make an early dash for the car park, our advice this Sunday is: “DON’T.”

The seven race card ends with a bumper which is well worth sticking around for as it features the much anticipated return of Your Darling, the Ben Pauling-trained horse who made headlines at Newbury in January. 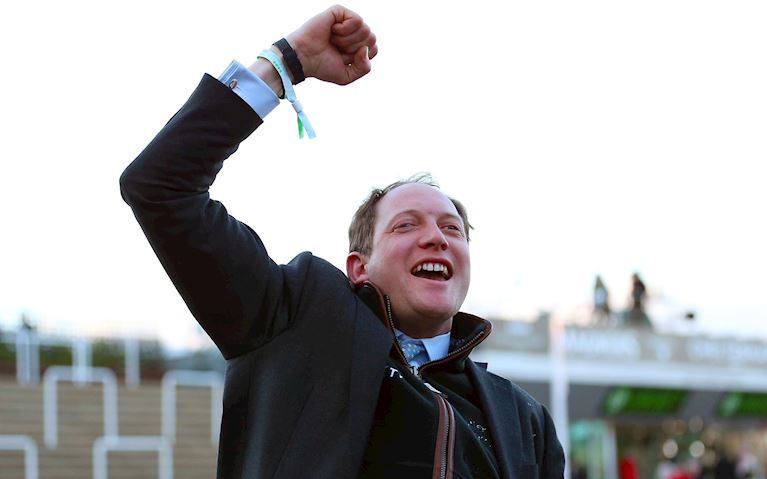 Back then, legendary trainer Henrietta Knight - who bought him on behalf of her brother-in-law Lord Vestey - described him as the most exciting horse she has been involved with since her triple Gold Cup winner Best Mate. That Newbury form has been franked by the subsequent impressive Kempton Park success of runner-up Flinteur Sacre, Sprinter Sacre’s exciting full brother, so it looks as if there is real substance to the hype.

Chantry House won this race last year and is among the favourites for both the Supreme and the Ballymore novice hurdles races next week. Don’t be surprised if Your Darling is in a similar position in 12 months’ time.

GOODNIGHT CHARLIE’S CONNECTIONS HOPE FOR A REPEAT OF WARWICK HEROICS

The feature event of the day is the Sloane Helicopters Handicap Chase, which recognises that it’s a fundraising day for Warwickshire and Northamptonshire Air Ambulance (WNAA), a charity the racecourse has supported by raising close to £125,000 over the last four years.

With inevitably testing underfoot conditions and a trip of more than three and a half miles it will be a race for those for whom stamina is a key quality. That’s something Goodnight Charlie is not short of, and she bids to repeat last year’s win for Caroline Fryer and Bridget Andrews.

‘Charlie’ hasn’t looked in quite the same form lately and is 8lb higher, but it’s worth underlining that Warwick has often brought out the best in her. Her record here is three wins and three seconds from 11 runs, and while she hasn’t run so well the last twice, she is gradually becoming more reasonably treated.

There are several with better recent form, including Almina, Echo Watt and Lord In Red, but none of them are proven yet over this sort of trip.

One who is though is Le Reve, who was due to run in the Grand Military Gold Cup, which he won last year, but had luckily also been given this entry as a precaution. If a recent wind operation has done the trick he’s a definite contender.

NIKOLSON CAN HELP JOHNSON IN BID FOR THE CHAMPIONSHIP

One of the star attractions at Warwick will be Richard Johnson, recently back from a broken arm and doing his utmost to chase down Brian Hughes, who in his absence poached a handy, though not insurmountable, lead in the Jump Jockeys Championship.

Johnson has four rides, and the pick of them on paper is Nickolson in the opening novices’ hurdle.

When Nickolson confirmed the promise of last season’s Ayr bumper win with a ready win in a maiden hurdle at Wincanton in October his trainer Olly Murphy was looking upon him as one of his best hopes for The Festival, but since then he has struggled to keep the six-year-old healthy.

By the sound of it Nickolson is back where Murphy wants him again now, and he is going to be hard to beat if he’s even half the horse he is thought to be.

There is plenty to like about the other four races on Warwick’s card, which comprise a mares’ novices’ chase in which the stand-out form choice Literale C might not enjoy the ground, two handicap hurdles and a handicap chase restricted to amateurs and conditionals.

The latter offers a great chance to see some of the superstars of tomorrow; young jockeys on the up and up and destined to be riding at future Cheltenham Festivals.

Some of them will in fact be lining up next week at Jumps HQ and in the case of young teenager Jack Tudor and Jonjo O’Neill Jnr their seasons have already proved the very definition of ‘breakthrough’. 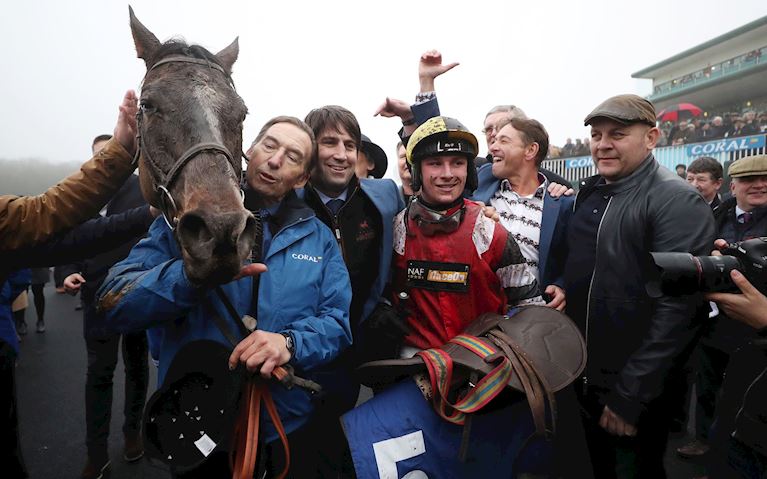 Tudor, who won this season’s Welsh Grand National on Potters Corner, finds himself on board Realta Dawn for trainer Christian Williams, while Jonjo Jnr is on the slightly better fancied Megalodon for Paul Henderson.

This might not be the most high profile of races but it’s a great chance to see some of the sport’s best-kept secrets up close and personal.

The racing at Warwick is not confined to horses. It’s a dog friendly meeting and there are a number of other events, including the inaugural Pug Gold Cup, a 50-metre dash sponsored by Local Parking Security in which up to 12 pugs will go head-to-head down the finishing straight.

There is also a Silver Plate open to all breeds, plus a dog show with classes including 'waggiest tail', 'best trick', 'golden oldie', 'young handler' and 'top rescue dog'.

Sounds like a fun way to unwind before the serious business begins just 40 miles away on Tuesday.