In terms of top class racing, weekends don’t get much bigger than this.

First we’re treated to two Classics on the same day, with the Investec Derby AND Oaks at Epsom Downs on (Saturday). Scheduled to take place on the same card and a month later than usual due to COVID-19, these two races promise to be worth the wait.

Then we head just nine miles up the road to Sandown Park on Sunday for the Coral-Eclipse, a Group 1 race which pits some of the best horses of varying ages against each other over 1m 2f.

And if that’s not enough we’ve also got fixtures at Haydock Park on this Friday, Saturday and Sunday.

Excited? So are we. Let’s take a look at five things you need to know about our racing this weekend.

BOURN TO BE INVESTEC DERBY WINNERS?

Horses only get one chance to win the Investec Derby. One chance to make history for their owners, one opportunity to etch their name into the record books and one moment to influence the blood lines of future Thoroughbreds for years to come.

The world’s greatest Flat race, being staged for the 241st time this weekend, can only be contested by three-year-olds. So, while top jockeys like Tom Marquand, Ryan Moore and William Buick will get another shot at winning the biggest prize of them all next year and for many more to come, the equine superstars will not.

There’s a chance for another little piece of history to be made at Epsom Downs on Saturday, too. Because, while Lambourn might be known as “The Valley of the Racehorse”, no horse trained on the village’s shared gallops has won the Derby since Snow Knight in 1974.

Two of the contenders lining up on Saturday afternoon at 4.55pm use these facilities, which are now operated by Jockey Club Estates - English King and Pyledriver.

English King, trained by Ed Walker, is expected to start favourite and will be ridden by that most recognisable of all jockeys, Frankie Dettori in the black and gold silks of Bjorn Nielsen, the man who also owns Stradivarius. 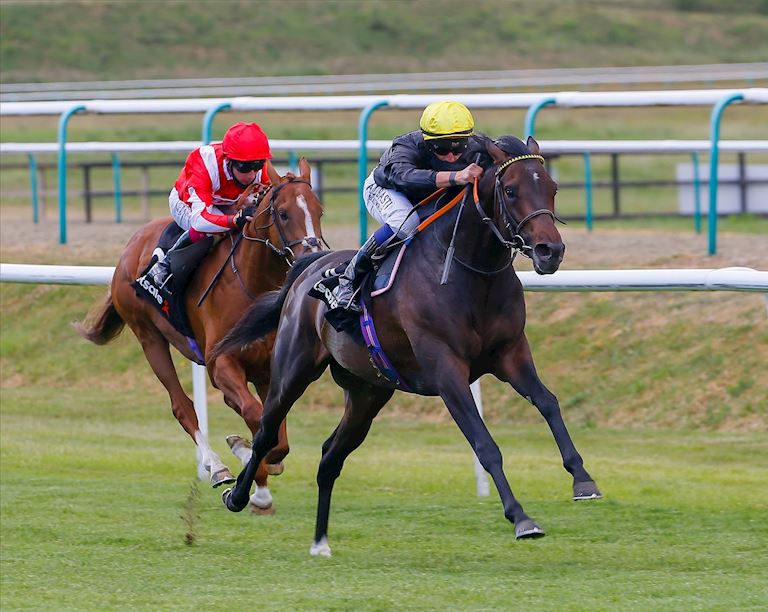 The other representing Lambourn is Pyledriver, a horse which eased to a surprise victory at Royal Ascot last month and with a back-story just as remarkable.

Pyledriver went unsold at the sales, so his owners kept him and put him in training with William Muir, who now has his first runner in the race after 30 years of trying.

If the Derby fairytale is realised it would be a second success for jockey Martin Dwyer, who won the race 14 years ago on Sir Percy.

You have to go back 23 years to the last time Aidan O’Brien didn’t have a runner in the Derby.

This year six of his Ballydoyle battalion will line up in the starting gates and few would be surprised to see him back in the winners’ enclosure, securing a record eighth win in the race in the process.

Much of the talk in the build-up to the Derby has been around which riders O’Brien will deploy. Half of the puzzle was solved on Thursday when stable-jockey Ryan Moore was named as Mogul’s jockey, with Seamie Heffernan on Russian Emperor and Vatican City’s partner will be Padraig Beggy, whose last victory on a UK racecourse was when winning the Derby in 2017.

Ballydoyle’s three other runners are yet to have their jockey bookings confirmed but it would seem likely that talented UK riders like William Buick and Adam Kirby will be in line to pick up the ‘spares’.

Despite declaring six for Saturday’s big race, O’Brien doesn’t currently have a horse at the very top of the betting, with English King the favourite and Andrew Balding’s Kameko at 4-1.

Jockey Oisin Murphy hadn’t ever won a Classic before he and Kameko surged through in the final strides to take the QIPCO 2000 Guineas in June. There’s every chance he might have added a second come 5pm on Saturday.

FRANKIE’S CHANCE FOR AN OAKS/DERBY DOUBLE

While the Investec Derby is all about the best colts of their age group, the Oaks is just for three-year-old fillies. And what a long line of remarkable winners this race has produced – Ouija Board, Oh So Sharp, Taghrooda and Enable (more on her in a moment) to name but a few.

You won’t be surprised to learn that Aidan O’Brien’s dominance of the Classics isn’t limited to the Derby. Victory in the Investec Oaks this year would also be his eighth success in the flagship race for fillies on British turf.

Love is the bookies’ favourite and it would be no surprise to see her follow in the footsteps of the O’Brien-trained Minding in 2016, the last horse to win the QIPCO 1000 Guineas and Oaks in the same year.

But there are more than a couple of reasons to favour a runner from this side of the Irish Sea.

Champion Trainer John Gosden has won two of the last three runnings of the Investec Oaks and Frankly Darling was an impressive winner of the Group 2 Ribblesdale Stakes on day one of last month’s Royal Ascot.

Another plus is that Frankie Dettori will also be on board. The Italian said this week he has no intentions of retiring, despite being asked on an almost daily basis.

He turns 50 later this year and has won practically everything there is to win in the sport. But he goes into Saturday knowing he will never have a better chance of winning the Oaks AND the Derby in the same year - and for one year only, on the same day.

ALL HAIL THE QUEEN AS ENABLE RETURNS

For once Her Majesty The Queen will not be at Epsom Downs for Derby Day, her attendance prohibited by the COVID-19 safety measures in place across the UK.

However, it’s a different Queen that we’ll be tuning in to see on Sunday as Enable bids to become only the sixth horse in the 134-year history of the Coral-Eclipse to win the race twice. 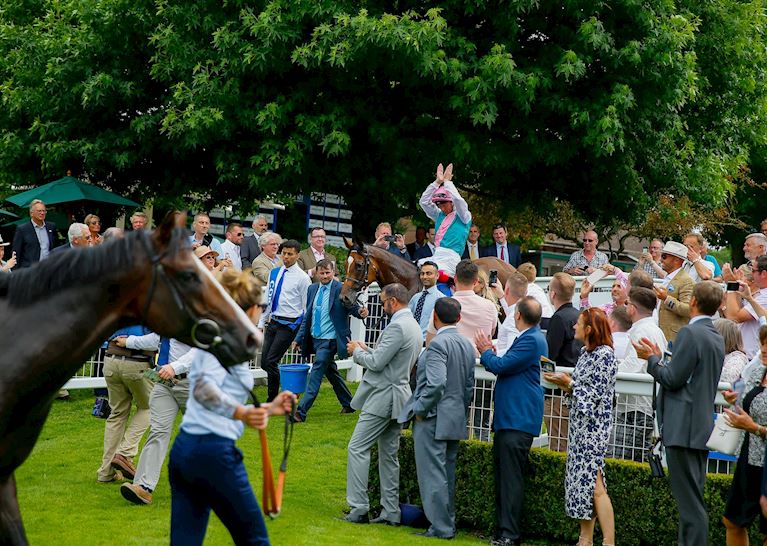 Few horses in Flat racing capture the public’s imagination quite like John Gosden’s mare has since winning the Investec Oaks in 2018.

That’s due largely to the fact she’s been kept in training and has continued to win at the very highest level, unlike others who are readily moved on to stud to breed new champions. It’s also down to Frankie Dettori’s love affair with her.

Even Aidan O’Brien found time in his press conference this week to praise the six-year-old for her contribution to the sport, describing her appearance at Sandown Park this weekend as “good for the public and good for racing”.

Her last appearance on a racetrack was a heartbreaking defeat in Paris when trying to make history as the first horse to win the Prix de l’Arc de Triomphe for a third successive year.

Fans will be hoping she still has all her old magic as she bids to win again, but O’Brien’s Japan and Magic Wand will prove stiff competition, as will Godolphin’s impressive Coronation Cup winner Ghaiyyath.

Come Sunday afternoon, though, it’s hard to believe that any racing fans will be upset should Enable do the business. Even those in Japan cheering on their own contender, Deirdre.

All eyes will understandably be on our two Surrey tracks this weekend, but further north Haydock Park stages fixtures on Friday, Saturday AND Sunday.

And while there’s fantastic action over all three days it’s the two big races on Sunday which promise to serve up the best of it - the rearranged Group 2 bet365 Lancashire Oaks and the bet365 Old Newton Cup.

Both are on ITV Racing’s schedule and have plenty of contenders with some good form under their belt.

In the Old Newton Cup, Deja will top the weights after an impressive second at Royal Ascot in the Duke of Edinburgh Stakes, with Sir Michael Stoute’s Laafy – ridden by course specialist jockey Richard Kingscote - likely to start favourite.

The Lancashire Oaks boasts its own Royal Ascot star, the John Gosden-trained Fanny Logan, who won the Hardwicke Stakes and is a daughter of the legendary Derby winner Sea The Stars.

It’s hoped that Ralph Beckett’s Manuela De Vega will line up in the race too, in what should turn out to be the highlight of Sunday’s bumper nine race card.