We’ll forgive you for having one eye on Enable at Ascot on Saturday as the undisputed Queen of the track returns to action in the King George VI and Queen Elizabeth Stakes.

However, we do have some thrilling action in store for you at Newmarket the same afternoon and the entire nine-race card is live from start to finish on Racing TV.

So, if you want to get a head start on your friends and family, we’ve picked out five things you need to know about the runners and riders at Flat racing Headquarters this weekend…

Let’s start with what should be the race of the day, the Stetchworth & Middle Park Studs Ltd Handicap. A Class 2 sprint for three-year-olds this, on paper at least, looks wide open.

For the past few weeks you’ve needed to deploy more than a little guesswork as many runners have set foot on a racecourse for the first time this year, due to the suspension of racing in April and May. Not so here, with all 11 runners having raced inside the last 22 days.

One of them, Progressive Rating, was a shock 40-1 winner during the Moet & Chandon July Festival on this course and over the same 6 furlongs just a fortnight ago. The going was good to soft that day (rather than the good to firm we can expect on Saturday), but those trailing in his wake did include four of his rivals who line up again here.

Troubador and Will To Win both finished well behind him that afternoon, suggesting it would take something out of the ordinary to reverse the form just two weeks later.

Another, Hamish Macbeth, was back in seventh after fading in the last two furlongs. But he does have course form and won a juvenile race on the same ground last July on the same track, making him an intriguing 16-1 chance here.

So the preference might be for Exceptional, trained by Richard Fahey and ridden this weekend by James Doyle. She finished just half a length second to Progressive Rating in that race, was flying home inside the final furlong and will also be carrying 2lb less than her rival.

GOSDEN HOPING HIS ANGEL HAS WINGS

From a fancied filly to a race just for the girls, the British Stallion Studs EBF Fillies’ Handicap looks just as competitive at 2.15pm.

And, on a day when champion trainer John Gosden’s mind will understandably be on his superstar mare Enable at Ascot, he might just have one too good for the rest here in Indie Angel.

She and jockey Nicky Mackay conquered allcomers exactly two weeks ago when winning at Newmarket’s July Course over the same 7 furlong trip. That wasn’t just Mackay’s last winner, it was also his last ride and you wouldn’t bet against them scoring again here up against - what should be, at least - a weaker field. 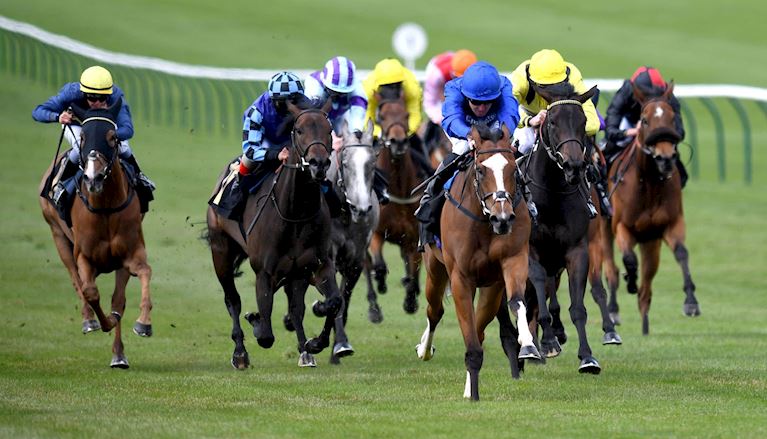 Second by just over two lengths that day was Odyssey Girl, who will be partnered this time by Nicola Currie. However, the concern would be that, while the filly is consistently placed, she’s only found her way into the winner’s enclosure once over this trip and that was on the all-weather surface of Lingfield.

Saeed bin Suroor’s Pure Beauty, a winner at Newmarket’s other course – the Rowley Mile – in June and Marco Botti’s Pretty In Grey represent the main dangers. The latter is bidding for a fourth win on the bounce, although the previous three were all at Kempton Park and she’s never won on turf.

NICKLAUS CAN CHIP IN FOR HAPPY HAGGAS

Most of these races at HQ on Saturday look open contests with little between the main protagonists and the same can certainly be said for another of the Class 3 races, the Chestnut Giving Tree Handicap.

The field of nine are between 10-3 and 25-1 currently and when you consider that the outsider, Badenscoth, won four times last term it’s not going to be easy finding the winner.

Local trainer Hugo Palmer is a man whose June was significantly better than his July has been, with just one winner so far this month. However, Ironclad won twice on good ground for him last season, including over this course and distance almost exactly a year ago, and is definitely one for the shortlist.

Another with course form on the same good to firm ground is Away He Goes for trainer Ismael Mohammed. That was the gelding’s third outing of the season last year, just as it will be this time out, and although that was over two furlongs further than this 1m 2f trip he can’t be discounted.

But we’ll settle for the in-form trainer William Haggas’s Nicklaus. A winner as a juvenile and then again three times aged three, connections are entitled to be a little disappointed with his campaign as a four-year-old in 2019.

This will be the furthest Nicklaus has attempted in his 19 race career but with his trainer in this kind of sparkling form anything is possible.

It’s not often the case that horses get better the older they get – not when it comes to Flat racing at least. But in Nuits St Georges, trainer David Menuisier might just have one who is maturing as well as the fine wine the gelding is named after.

With no wins as a two-year-old, one at three and two last year, there are high hopes that as a five-year-old Nuits St Georges can progress even further, especially after winning at Sandown Park last month.

He’s been tried at almost every distance between a mile and 2m 2f but it seems this trip of 1m 6f in the last race of the day (the Discover Newmarket Offering Specialist Guided Tours Handicap) is his favourite. And with jockey Rossa Ryan in the chair his owners, the ‘Boy George Partnership’, have every reason to believe they can top the charts again. 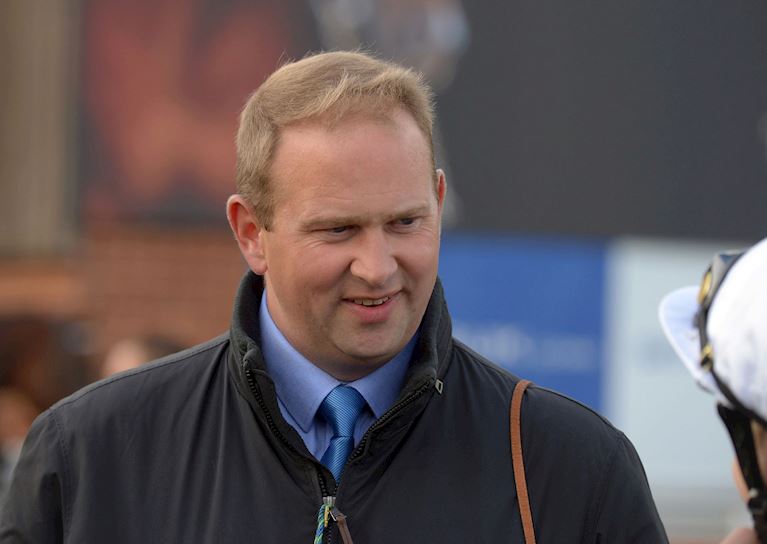 Owen Burrows, another trainer enjoying a superb start to the season, will fancy Baasem to improve on his seasonal reappearance when third at Ascot, while Mark Johnston’s Mondain bids for a fifth career win, albeit at the first attempt at Newmarket.

THE FORCE IS WITH HAN SOLO BERGER

Where better to finish this week’s ‘5 Things’ than at the beginning of the card (we like to confuse you like that) in the 5 furlong sprint at 12.30pm, the Godolphin Proud To Support The Community Handicap?

For the keen-eyed amongst you, the name Han Solo Berger won’t just sound like a Star Wars-themed item on the new McDonald’s menu (other fast food restaurants are available). You might also recall him winning impressively during the Moet & Chandon July Festival two weeks ago.

He’s a consistent sort who has four wins from his last seven outings. Three of those have been at Class 4 and his most recent victory was at Class 3 so this step down could be just the ticket.

Blue De Vega will likely line up a short priced rival but it’s worth considering he has just two wins to his name since 2015. And there will doubtless be money for Thegreatestshowman, who isn’t just trained by Amy Murphy but owned by her too.

Stuart Williams won this race last year with 13-8 favourite Shamshon, but his two contenders this time – Commander Hen (8-1) and Breathless Times (20-1) are much bigger prices and perhaps best watched for now.