We were pleased to announce earlier this week that we’ll be welcoming a limited number of racegoers back to Warwick and Newmarket for four government-approved pilot events next month.

The aim is for these to demonstrate that horseracing and other sports are ready to safely stage events with crowds again.

For the meantime, though, the action remains behind closed doors. We race at Newmarket on Saturday so be sure to keep up to date with what’s going on by following our social media channels, tuning in to ITV Racing for some of the races or watching the whole card on Racing TV.

Here we take a look at five things we think you should know about Saturday’s racing from ‘Flat HQ’.

Saturday’s eight-race card comes hot on the heels of Friday’s action on the same track. With the going currently ‘soft’ and the forecast for plenty more rain, punters will be looking for horses with some proven form on ground with some give in it.

In the day’s only Class 1 race, the listed Close Brothers Hopeful Stakes, one of those soft ground ‘specialists’ is Shabaaby for trainer Owen Burrows.

A relatively lightly-raced five-year-old, the thing to note about this gelding is that all three of his victories (from 10 starts) have been on softish ground at Haydock Park, Doncaster and when winning for the first time here at Newmarket in 2017.

Interestingly top jockey Jim Crowley has chosen to ride the other Hamdan Al Maktoum runner, Jash, instead. He was a smart two-year-old but the concern here would be that he’s only ever run once on anything softer than ‘good’ and finished sixth of nine that day at Royal Ascot. Like Shabaaby, he does have three career victories, but all on ground with ‘firm’ in the description.

Finally a word for last year’s winner of this race, the seasoned campaigner Raucous. At 8-1 the seven-year-old is the oldest horse in the race but offers decent value.

And while his only win on officially ‘soft’ ground was five years ago as a juvenile he has plenty of experience and has won on his first outing of the season (as this is) before.

WE ALL BELIEVE IN LOVE

Just two weeks ago the Rowley Mile witnessed an impressive four and a half length victory from Believe In Love for trainer Roger Varian and jockey Ray Dawson.

On Saturday they line up in the Close Brothers Premium Finance Handicap, bidding to make it four victories from four starts this year.

This filly only ran once on turf as a juvenile last season and didn’t win in five attempts, but she just seems to keep on improving this term. 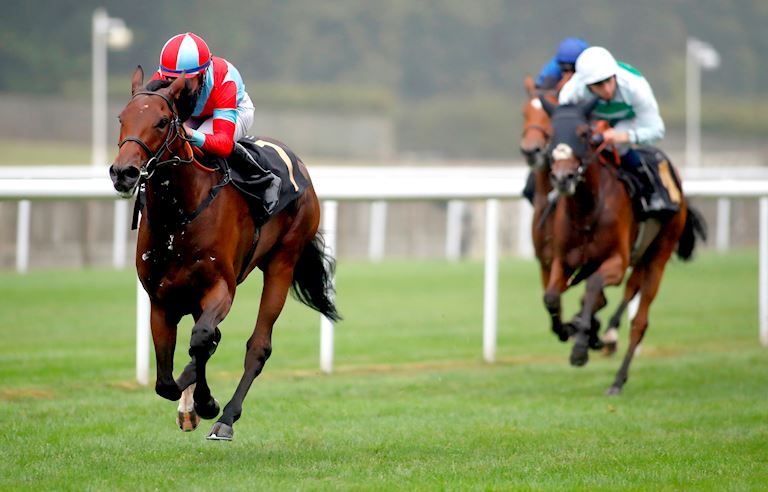 Owned by King Power Racing (the same King Power behind Leicester City – hence the Fox Vardy name here) this Frankel foal is often well-backed and was an easy winner on this same track when racing resumed back in June.

MUIR WINNER WOULD BE EPIC

Close Brothers sponsor the whole card at Newmarket on Saturday and the fifth race of the day, a 7 furlong handicap, promises to be one of the most competitive of the afternoon.

Lexington Dash is a horse we’ve mentioned in this column before and while both of his two career victories were on this course in June, his performances since then have been a little disappointing.

Our preference, then, is for the William Muir-trained Epic Endeavour. This gelding has been sent off at some relatively big prices since his racecourse debut in June and finally got off the mark by winning at the fifth attempt at Chepstow a fortnight ago.

That was on soft ground and with Muir’s horses in good form he’s a real contender to back that victory up here.

Of the others Mister Snowdon was – like Epic Endeavour - unraced as a juvenile but is well-fancied for this having made five appearances already in 2020. A concern might be that his only run on soft ground was when 11th of 13 at Royal Ascot in June.

A final word for Her Majesty’s runner because, while we’re unlikely to see anything but clouds and rain at Newmarket on Saturday, it wouldn’t be the biggest of surprises if Evening Sun found his way into the winner’s enclosure for The Queen here.

TIME FOR A COMMONSENSICAL APPROACH

One of the big racing stories of the week was that young Cieren Fallon had been appointed number two jockey for Qatar Racing.

Saturday could be the perfect opportunity for him to ride his first winner for his new boss when he lines up in the first race of the day on Lost In Space for trainer John Gosden. 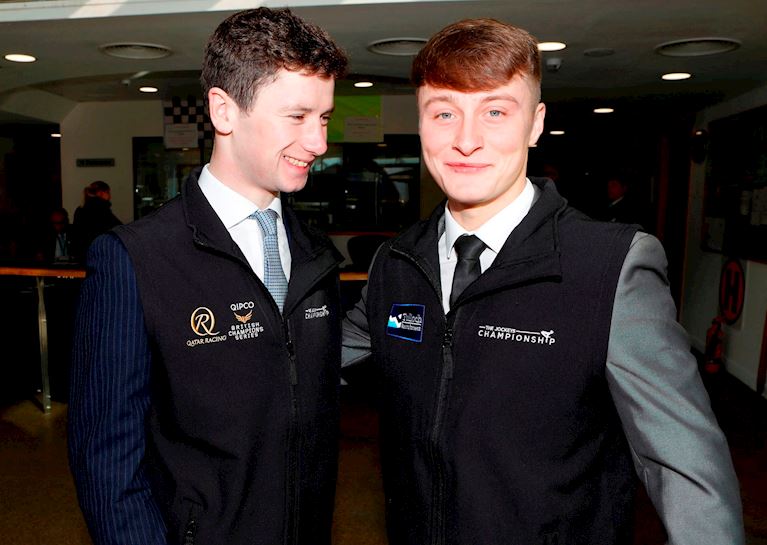 This colt had been knocking on the door in each of his first three starts before winning at Lingfield two Fridays ago, although he’s not yet set foot on a racecourse anything softer than good to firm.

Godolphin’s runner Last Sunset could be the threat after a win and a second in his two starts, but one flying slightly under the radar might be Commonsensical.

Trained by Tom Dascombe and ridden here by Richard Kingscote he might not yet have a win to his name but did run nicely on soft ground when second up at Haydock Park.

In a race for two-year-olds, however, there’s no such thing as a certainty.

DOMINO CAN BE TOM’S DARLING

Oisin Murphy is a short priced favourite to retain the Flat Jockeys’ championship he won for the first time last year, but Tom Marquand won’t have given up in his pursuit of a first title just yet.

He has a good book of rides on Saturday at Newmarket and will be entitled to fancy his chances in the Close Brothers Property Finance Fillies’ Novice Stakes at 3.55pm.

His mount, Domino Darling, won a 15-runner maiden at Doncaster on heavy ground on debut in October and, although we’ve not seen her on a racecourse since, that form shows she goes well fresh and on softer turf.

Her sire was the superstar Golden Horn, who won the 2015 Investec Derby and Prix de l’Arc de Triomphe, and she’s also owned by Anthony Oppenheimer so there’s plenty for aficionados to like about her chances here.

Of the rest you can expect Tanita to go off a short-priced favourite for Sir Michael Stoute and jockey William Buick and trainer John Gosden will be hoping for more from Zahratty, whose one and only run was on the July Course at Newmarket when third of nine on ground much firmer than this.