If you love your Flat racing there’s a fair chance the start of October brings about a mix of sadness and excitement.

Sadness that the season proper is accelerating towards its natural conclusion, but excitement for Dubai Future Champions Weekend, a chance to watch the future champions (literally) of the sport do battle at Newmarket.

Some of the best two-year-olds in training will be giving us clues as to who might be winning back at the Rowley Mile in May next year at the QIPCO Guineas Festival.

Here we take a look at five things you need to know about this Saturday’s action from Flat racing HQ.

There’s a very good reason it’s called ‘Future Champions Weekend’ and the feature race on Saturday is the perfect example.

The list of two-year-old horses to have won the Darley Dewhurst Stakes reads like a ‘Who’s Who’ of Thoroughbreds. Frankel, Nijinsky, Mill Reef, Rock of Gibraltar, Grundy, Dr Devious, Sir Percy and Dawn Approach to name just a few.

And while last year’s winner of this race, Pinatubo, didn’t quite explode onto the 2020 scene like the volcano he is named after, no horse wins the Dewhurst by accident.

Of those bidding to secure their name on both the trophy and at the top of the betting for next year’s 2000 Guineas there are several eye-catching runners.

Like Pinatubo this time 12 months ago, Chindit goes into this with an unbeaten record and glowing reports from home, where trainer Richard Hannon described his work on the gallops only this week as “spectacular”.

Vying for favouritism on the day will likely be Joseph O’Brien’s Thunder Moon, the current 2000 Guineas favourite and unbeaten from two starts himself. Both of those were at the Curragh so those with an eye on next year’s Classics will be paying close attention on how he travels here. 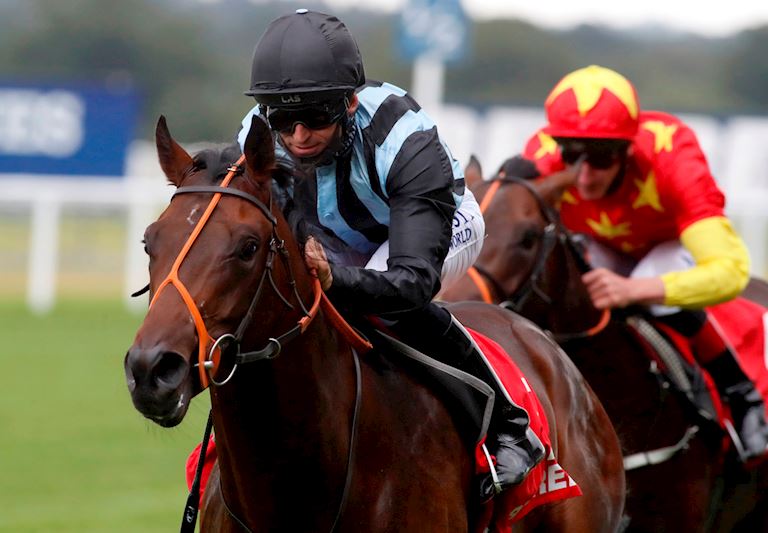 It had been hoped that Joseph’s father Aidan would run Battleground here, especially after impressive victories at Royal Ascot and Glorious Goodwood. But the master trainer, who has won this race on four of the last seven occasions, sends Wembley and St Mark’s Basilica in his place.

One more for the notebook might be Alkumait for Marcus Tregoning, who has followed up a fourth on debut at Newbury with two victories. A concern might be that both of those were on firmer ground than he’ll get here and connections say he was bred for shorter distances than this 7 furlong contest.

However, he looked very comfortable last time out and who’s to say what the limits of his stamina are?

When we tell you that Willie Mullins, David Pipe, Alan King, Neil Mulholland and Alan King have all got runners in the 3.35pm we’d forgive you for asking if we’d placed some hurdles on the Rowley Mile.

But the Together For Racing International Cesarewitch Handicap over 2 mile 2 furlongs of soft ground is as perfect for a jumps trainer as a Flat race can be.

And it’s not a new phenomenon – the list of previous winners come from the stables of Mullins, Nicky Henderson, Martin Pipe, Philip Hobbs and others. Mullins won this last year with Stratum and the year before with Low Sun, so we’ll start with the Closutton trainer’s entry.

Great White Shark ran in this 12 months ago and, while finishing 10th of 30, she kept on well inside the final two furlongs, which suggests she won’t be far away this time. Since last October she’s finished third in the Martin Pipe Conditional Jockeys’ Handicap at the Cheltenham Festival and won last time out in July at Galway over hurdles, with bookies cutting her to just 6-1 for this in the process.

Another seen at the Cheltenham Festival seven months ago is Not So Sleepy for Hughie Morrison. Though the gelding was pulled up that day, connections will have been pleased with his victory in a field of four at Pontefract a fortnight ago.

Alan King’s Coeur De Lion lines up in this race for a third year running hoping to better previous finishes of 24th and 16th, while top weight Summer Moon for Mark Johnston was an excellent third in this race 12 months ago at 50-1. That’s about three times the price you’ll get on Saturday on virtually identical ground.

The Emirates Autumn Stakes at 2.20pm is a Group 3 race which also boasts a high pedigree of previous winners, including Nashwan, Nayef, Kingston Hill, Persian King and this year’s stand-out performer Ghaiyyath.

By comparison we’ve seen very little of last year’s winner, Military March, but that doesn’t mean we shouldn’t expect big things from this field in 2021.

Mark Johnston’s Qaader was impressive on debut and a very good second at Royal Ascot next time out. We’d be willing to ignore subsequent performances now there is more cut in the ground.

And Charlie Appleby is spoilt for choice with his Godolphin pair, One Ruler and Dhababi, who bookmakers can’t split for now at 9-2 each.

But it’s Aidan O’Brien’s Van Gogh who is of real interest here. This will be his sixth start in less than three months and although he’s only found the winner’s enclosure once, that was last time out and helped shorten his Guineas price to 33-1.

If he brushes his rivals aside on Saturday that price tumbles further.

A challenge for punters at the Dubai Future Champions Weekend is often overcoming the lack of form to go on.

In the case of the red hot favourite for the Godolphin Flying Start Zetland Stakes, Aidan O’Brien’s Kyprios has only one run to his name. While that was a win on heavy ground at the Curragh, he had to be pushed along quite early and who knows how he will handle what is only his second racecourse start?

Ralph Beckett won this race last year with the impressive Max Vega and this year has every reason to be bullish about Fabillis. A Frankel colt, he has two wins on good ground so this is his chance to prove he can compete on softer turf too.

By comparison to Kyprios, Recovery Run for Andrew Balding is making his sixth appearance in his debut season and is yet to finish out of the first two. Three of those runs have been on an all weather surface but champion jockey Oisin Murphy will be encouraged that his victory at Ayr last time out three weeks ago was on softening ground. 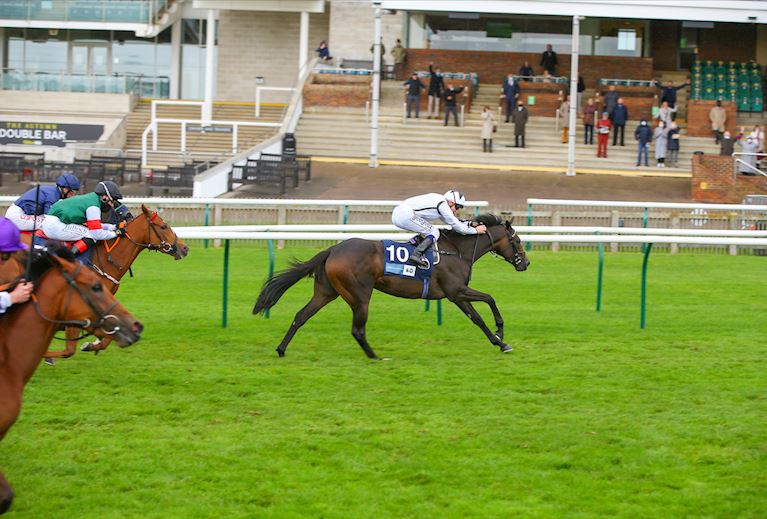 One final word for the young trainer George Boughey, who will no doubt have something of a soft spot for his runner Mystery Angel. She might be an outsider at 16-1 for this, but when winning at the Cambridgeshire Meeting 14 days ago she became Boughey’s first ever winner at Newmarket.

Stick around for the ‘lucky last’ and you’ll find out what £3.5 million buys you. That’s the price Qatar Racing paid for Darain to make him the most expensive yearling in 2018.

Disappointingly he didn’t run as a two-year-old, so we didn’t get the chance to see him at the Dubai Future Champions Weekend last year.

However, we will get to see the John Gosden-trained colt in the Group 3 Darley Stakes at 4.50pm on Saturday. After victories at Newbury and Newmarket in July, he was a disappointing fifth of eight runners in the Great Voltigeur Stakes at York in August and we’ve not seen him for the best part of eight weeks as a result.

That will explain why bookmakers have him as third favourite at a general 11-2, behind Richard Hannon’s Posted and Highest Ground for Sir Michael Stoute.

The latter won his first two starts and was only just second by a neck to Thunderous at York in the Dante in July. Oisin Murphy, who was on board that day, rides Darain for his boss Sheikh Fahad Al-Thani here.