This weekend is QIPCO British Champions Day at Ascot – a sign that the 2020 Flat season is nearly over.

So it’s fitting, then, that the action from our Jockey Club tracks this weekend is over obstacles at Market Rasen on Saturday and Kempton Park on Sunday.

While our Lincolnshire track has been racing behind closed doors through the summer and into the autumn, this will be the first jumps fixture at Kempton since lockdown (and the suspension of racing) began at the end of March.

And, while we still can’t welcome you through the gates just yet, we’ve got plenty of action for you to enjoy on Racing TV and on our social media and digital platforms.

So, let’s take a look at five things you need to know about the racing at our courses this weekend…

DESPITE THE GROUND, NICHOLLS AND COBDEN WORTH THE RISK

Paul Nicholls needs no introduction (but you know you’re about to get one, right?).

The 11-times Champion Jumps Trainer missed out on the title last year to rival Nicky Henderson but, if last weekend is any kind of indicator, he’s in perfect shape to wrest it back from the team at Seven Barrows.

Nicholls had four winners at Chepstow last Friday and another four 24 hours later and his number one retained jockey Harry Cobden is in similarly fantastic form.

So it seems like Ditcheat’s contender in the Class 2 MansionBet Best Odds Guaranteed Prelude Handicap Chase at 4.31pm on Saturday is the obvious place to start.

At five years of age Red Risk might not have the experience or be as familiar a name as Fidux, Ravenhill Road or Ashoka, but don’t let that put you off. In fact, unless you follow racing across the Channel it’s unlikely you’ll know much about him at all, given seven of his nine runs were in France.

Since arriving at Nicholl’s yard he finished third of four at Hereford in January before winning a month later at Ludlow on ground described as Soft, Heavy in places.

The ground at Market Rasen is currently Good and unlikely to change much before the tapes go up on Saturday afternoon, which might favour Sue Smith’s Ravenshill Road, whose very first appearance on a racecourse was when winning on this ground at this course almost four years to the day.

WHY RASEN FEELS LIKE HOME FOR FERGAL’S COURSE SPECIALIST

Heard the phrase “horses for courses”? Of course you have. And in Ballyhome Fergal O’Brien has one who is very much a Market Rasen specialist.

No one has trained more winners in the UK since Jump racing resumed and the new season began in July than O’Brien. His success is testament to the hard-work of his whole team, in-form stable jockey Paddy Brennan and superb new facilities at Ravenswell Farm in the Cotswolds. 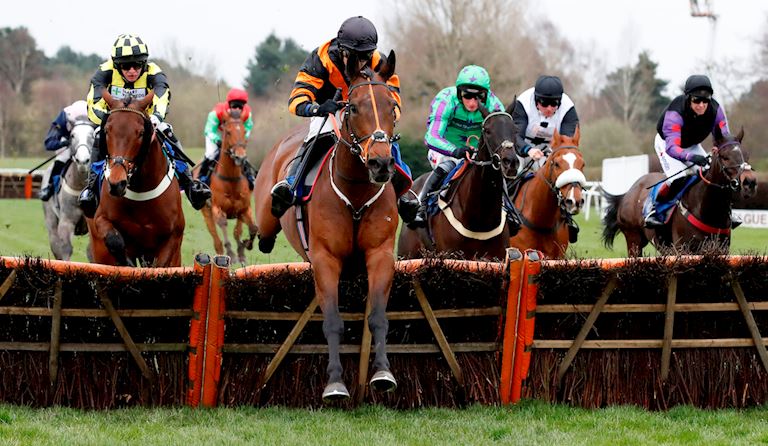 And one of those success stories is most definitely Ballyhome. Let’s draw a line through his run last time out, when he was pulled up in a strong race containing horses like Longhouse Sale, The Butcher Said and Captain Tommy. It’s his form before that which has him very much on our radar for Saturday’s MansionBet Faller Insurance Handicap Hurdle at 3.21pm.

In fact, of six runs at Market Rasen, Ballyhome has finished in the first two on all but one occasion, winning three races in the process. Notably all of those have been on ground with ‘Good’ in the description and four of them over hurdles rather than fences, as he will be here.

Of his serious rivals, Palladium for Nicky Henderson and Nico de Boinville has won twice but only on much softer ground, and Tom Lacey’s Flashing Glance is looking to follow up his victory at Uttoxeter last month by winning back to back races for the first time in his career.

FIELD OF NOVICE CHASERS IS SMALL BUT PERFECTLY FORMED

Here’s another everyday phrase for you: Good things come in small packages. Because what the field for the Bet 10 Get 20 with MansionBet Novices’ Chase lacks in quantity, it certainly makes up for in quality and potential.

Take Le Patriote, for starters. This Dr Richard Newland-trained eight-year-old was last seen on the biggest stage of them all, the Cheltenham Festival, when contesting the Unibet Champion Hurdle in March.

He was 14th of 17 that day but at 100-1 that surprised no one and the yard’s intention has seemingly always been to go over the larger obstacles one day.

Here, he lines up against just three others including his likely rival for favouritism, Pic D’Orhy. The Paul Nicholls-trained gelding is only five and comparatively lightly raced, only seen three times last season after running in the 2019 JCB Triumph Hurdle at The Festival.

The JP Mcmanus-owned Notre Paris is another of interest, having failed to make the frame only twice from seven starts, including when second of 11 at this course over hurdles 11 months ago.

Fergal O’Brien’s Totterdown completes the line-up and although he has four wins to his name from 17 starts, the concern might be that his best form is on softer ground.

It’s worth bearing in mind that none of these horses have been seen on a racecourse for more than 200 days so this will be as much about how well they run ‘fresh’ as it will be how they take to jumping over fences rather than hurdles.

FAMILIAR FACES BLOW AWAY THE COBWEBS IN LISTED HURDLE

And so to Kempton Park on Sunday, where the action over obstacles replaces Flat racing on the all weather surface at the Surrey track.

Most of those entered in the Listed Racing TV Hurdle at 3.32pm will be familiar to regular readers of this column and there are a fair number with appearances at the Cheltenham Festival to their names too.

As with the novice chase at Market Rasen, the hardest thing to fathom will be how race fit the contenders are. Because, for all their pedigree, many of these have not put hoof on a racecourse for more than 200 days.

Of those who have, Fusil Raffles put in a nice round of jumping three weeks ago at Uttoxeter over fences but Brandon Castle looked like he needed the run for trainer Neil King when ninth of 12 up at Market Rasen.

Many of those entered here are more than likely using it to blow away some cobwebs and that can certainly be said of Sceau Royal, whose appearance in the Queen Mother Champion Chase in March would certainly suggest that there won’t be too many two mile hurdle races on his itinerary for the 2020-21 season.

Perhaps the most intriguing runner is Verdana Blue, for Nicky Henderson. A hurdler with course form at Kempton Park, including when beating the great Buveur D’Air in the Unibet Christmas Hurdle in 2018, she was withdrawn from last Saturday’s Cesarewitch at Newmarket on the Flat and seems likely to pitch up here instead. 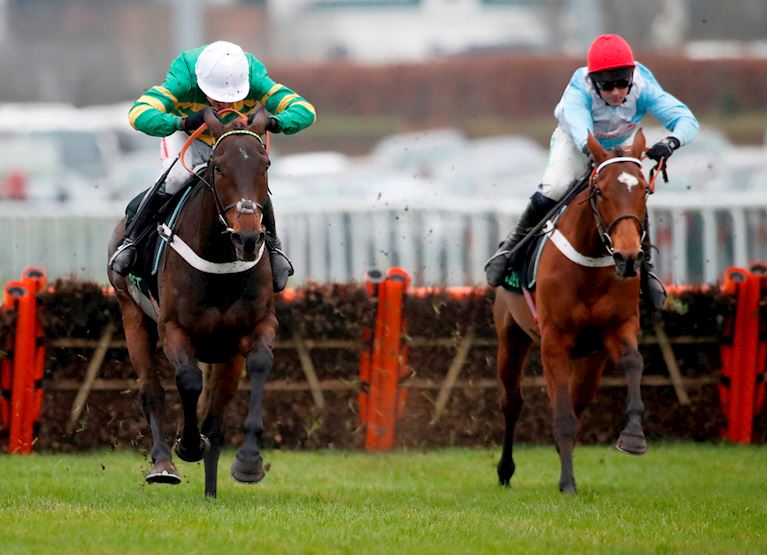 We’ll throw Ballyandy – the winner of the Champion Hurdle trial at Haydock Park last year – the winner of this race last year, Silver Streak, and Paul Nicholls’ Diego Du Charmil into the mix as well. But that’s more just to cover as many bases as possible in what looks to be a wide open race.

Few professional sportspeople are tougher than a Jump jockey and Aidan Coleman’s return to the saddle after 11 weeks out with injury is just the latest in a long line of examples.

Coleman was announced this week as trainer Olly Murphy’s number one retained rider and is set to line up at 2.22pm on Sangha River for his boss in the Racing TV Novices’ Hurdle, the other Listed race on Kempton’s card.

Sangha River might not start favourite but does have some good form to his name, having never finished out of the first two including when second at Uttoxeter in August.

Of his rivals, it would be easy to see one of Paul Nicholls’ many French recruits, Fidelio Vallis, follow up his two novice hurdles victories at the end of last season with the in-form Harry Cobden on board.

Feel free to add Nigel Twiston-Davies’ One True King in to the mix too, especially after building on a third place at Stratford in September with a win at Uttoxeter 14 days ago.

And while many trainers will be sending horses out this weekend for the first time this season, Fergal O’Brien will have a fit and ready horse in Courtandbold, a gelding who has raced six times since July, winning three, second twice and third on the other occasion.

It’s a wide open contest and, much like all of the weekend’s action, promises to deliver some great entertainment.