There’s been some wonderful racing during 2020 at Newmarket on both courses – the Rowley Mile and the July Course - and the curtain comes down on Saturday with the final fixture of the season, featuring three Listed races.

As we move into November the Jumps season is really picking up a pace and we look forward to action from Carlisle and Huntingdon on Sunday.

The Colin Parker Memorial Intermediate Chase features on Carlisle’s seven-race card, a race over two and a half miles which has been won by a Grand National hero and a Cheltenham Gold Cup third in recent years.

Here’s all the details you’ll need to know…

PLUNGE INTO LISTED COMPANY COULD BEAR FRUIT FOR FREYJA

The second of three Listed races on Newmarket’s final card of the season – the Play 3-2-Win At MansionBet James Seymour Stakes - sees a field of only five line-up but that may not necessarily make it an easier puzzle to solve.

Should they all stand their ground, the race revolves around the returning Group 2-scorer, Headman. We’ve only seen the son of Kingman once this season, when he finished last behind Lord North in the Prince Of Wales’s Stakes at Royal Ascot. 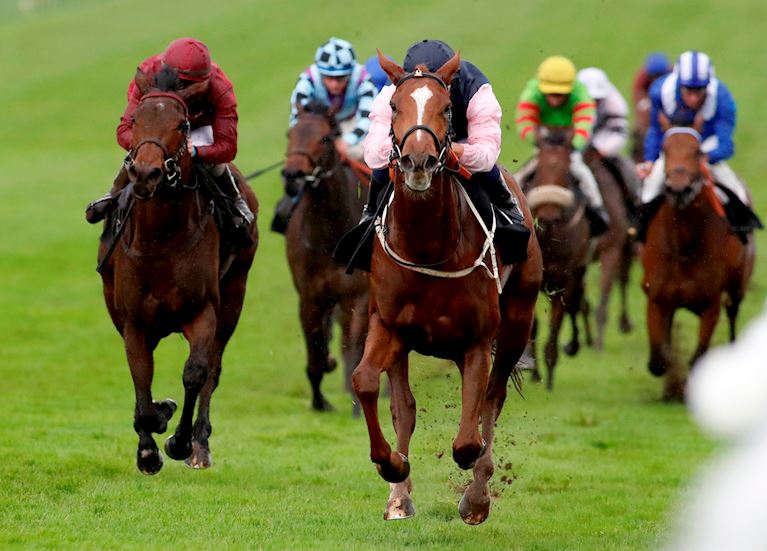 In terms of ability and ratings he’s clear and should prove hard to beat if A-one, however, he hasn’t raced on heavy ground before and we don’t know why we’ve only seen him once this season which raises another question mark.

After a scintillating Group 1 double in France last weekend, the Mark Johnston team continue in fine fettle and he fires two at this. The only three-year-old in the field is Freyja, who won a Class 2 handicap over a mile here ten days ago.

It’s a step up into the unknown regarding company but her ability to handle the ground could count for a lot despite her having something to find on ratings. Connections might be primarily after the black type but they could well get a bit more.

Stable companion Marie’s Diamond is used to running at Group level, so this is a slight drop in class and her Queen Anne Stakes third achieved earlier this season looks rock-solid.

The 11-year-old Air Pilot is a regular feature in this race and won it in 2014. More proven than most in the conditions it would be heart-warming if he could pull it off again.

CRISFORD CHARGE HOPING TO BE A HERO ON THE DAY

The final stakes action of the season at Newmarket is rounded off by the Bet In-Play At MansionBet Ben Marshall Stakes at 3.15pm.

Eight will head to post in a race which went to Roseman 12 months ago and we saw him running a fine second in the QEII on Champions Day a few weeks ago.

Godolphin have won this race six times in the past and they’re responsible for Zakouski and King’s Command. The former - a once QIPCO 2000 Guineas hopeful - is still lightly-raced for his age and returned over seven furlongs in the Challenge Stakes at the start of the month.

Simon and Ed Crisford have enjoyed a really fine 2020 and Epic Hero gives them strong claims in this.

The four-year-old ran with great credit in a good renewal of the Group 3 Darley Stakes over nine furlongs last time on soft ground and that’s amongst the best recent form on offer here.

Brunch has been a star for the Michael Dods team this term and he gets the three-year-old allowance here on what will be his second run in Listed company. He ran a creditable third behind Ostilio in the Guisborough Stakes and his consistency should hold him in good stead.

The highest-rated of the eight is Stormy Antarctic who seems to have been around for ever despite only being a seven-year-old. He disappointed in Germany earlier this month but his second behind Persian King in a Group in Chantilly three runs back brings him right into this.

IT TAKES A HORSE WITH AN AURA TO WIN THIS

The Colin Parker Memorial Intermediate Chase is a real highlight of Carlisle’s Jumps season and you only have to look at the roll of the honour to see why.

Grand National winner Many Clouds won it in 2014 and since then we’ve had the likes of Waiting Patiently and most recently Losintranslation triumph in it.

This year’s renewal looks as strong as ever and the ratings are headed by Kim Bailey’s Imperial Aura. The seven-year-old improved with every run during his novice chasing campaign last season which ended with a facile success in the Northern Trust Company Novices' Handicap Chase at the Cheltenham Festival. In second that day was the highly-touted Galvin who trailed over three lengths in his wake.

No doubt hopes are high for what he might be able to do going forward and this will be his second visit to Carlisle having won a novice hurdle at the track in 2018. 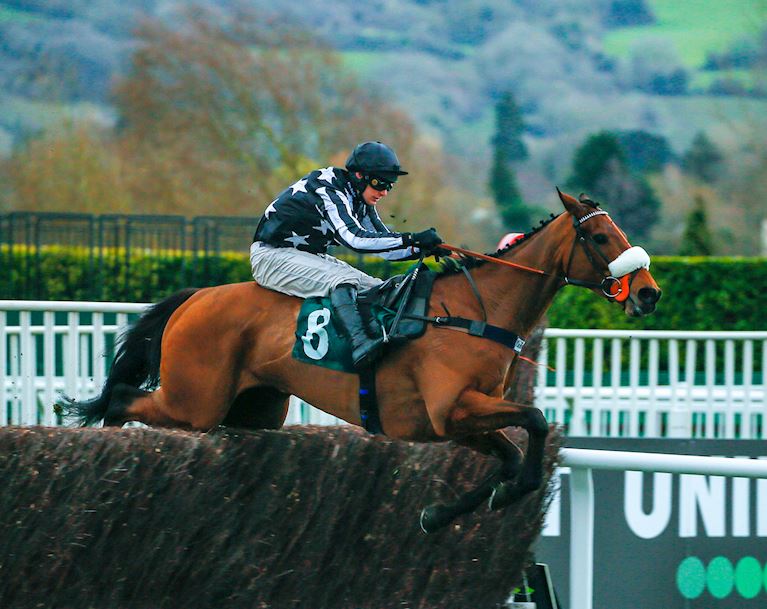 Anthony Honeyball holds Sam Brown in high regard and we’ve seen more than a few glimpses as to why that might be. He impressed in his first two starts of fences at the start of the year but then disappointed in the Grade 2 Sodexo Reynoldstown Novices' Chase at Ascot.

Brewin’upastorm began his chaser career at Carlisle last year and he was well-backed to feature in the Arkle at The Festival. He was going well enough when unseating four out under Richard Johnson and the step up in trip this term was no double always on the cards.

AINTREE VICTOR LOOKING TO STRIKE WHILE THE IRON'S HOT

Last Sunday the Milton Harris-trained Jacamar took out an ultra-competitive handicap hurdle on Aintree’s returning fixture and he’s looking to double up in the Join Racing TV Now Handicap Hurdle at 3.10pm.

The youngest in the line-up at five, Paddy Brennan was brilliant on him coming from the rear to win well at the line and looks a key player here as long as he’s recovered well in what is a relatively quick turnaround.

Top-weight Donna’s Diamond hasn’t had much racing during the last couple of years and was last seen pulling up in the Stayers’ Hurdle at the Cheltenham Festival. This will however be his easiest assignment for a while.

Course and distance winner, Teescomponents Lad has had the benefit of two runs this term and although still 5lbs above his last winning mark could be cherry ripe to make an impression here.

Kid Commando is the intriguing runner in the field as he steps into handicap company for the first time for the Honeyball stable. A smart bumper horse, he ran quite a nice race in the Dovecote at Kempton back in February.

ROMAY COULD BE THE WAY ON CHASE DEBUT AT HUNTINGDON

The Kim Bailey-yard have been in tremendous form of late and he sends another of his ‘chasing’ types over fences for the first time in the Watch And Bet At MansionBet Novices' Chase on Sunday.

Espoir De Romay showed some good form over hurdles with his win at Warwick last November looking particularly strong. We last saw him finishing down the field in the Martin Pipe at The Festival but there’s every chance he’s going to do a lot better over the larger obstacles.

It’s fair to say Alan King’s Senior Citizen has taken well to chasing and a competitive novices’ chase at Newton Abbot last time being Darling Maltaix. Two from four over fences he’s certainly the marker for the rest to aim at.

Bryony Frost partners the consistent if hard to win with Gateway To Europe who maybe shouldn’t be underestimated. His run in a three-runner contest behind Ga Law two runs back looks great in the context of this race, with the winner having gone on to better things and the third, Getaway Trump, still a highly regarded sort.