There’s a feast of Jump racing in store this weekend from three of our tracks.

On Saturday, Wincanton hosts its flagship raceday which includes the Badger Beers Silver Trophy Handicap Chase, and Aintree has a cracking seven-race card.

As a Jockey Club Racecourses-sponsored rider we make no apology for talking up the chances of Bryony Frost this weekend – especially with history on her side.

The feature race of Wincanton’s fixture, the Badger Beers Silver Trophy Handicap Chase, is one of the most competitive races over fences this side of Christmas. It also happens to be one of local trainer Paul Nicholls’s happiest of hunting grounds.

The Ditcheat handler has won five of the last 10 renewals of the race, including all of the last three. In 2017 and 2018 he trained Present Man to victory with Bryony on board.

Last year the pair pulled up in a race won by Sir Alex Ferguson’s Give Me A Copper, but no one would put it past Nicholls to have got this horse ready for his favourite course and race, especially after a thrilling victory at Chepstow last month. 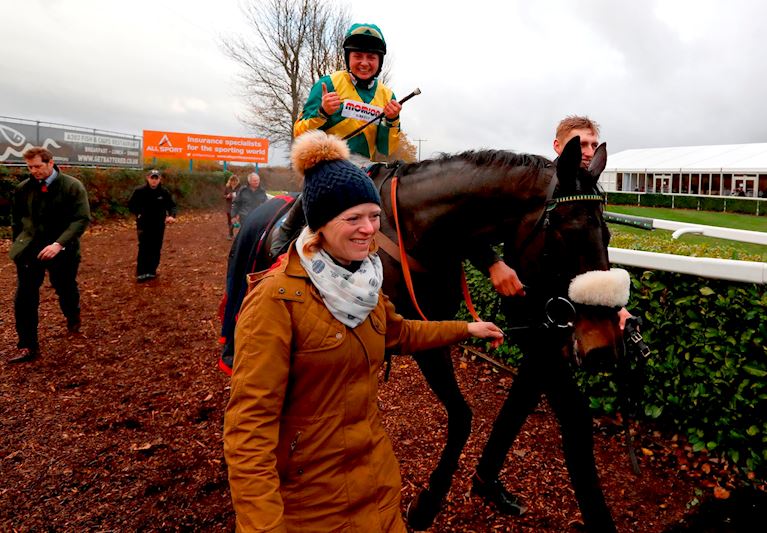 His main dangers will likely be Harry Fry’s Just A Sting, Sizing At Midnight for Colin Tizzard and Christian Williams’ impressively consistent Kitty’s Light, who has been in the places on his last five outings, three of them victories.

That is, of course, if you’re ruling out victory for Nicholls again. As well as Present Man he has My Way with Bryan Carver riding and his number one stable jockey, Harry Cobden, on Danny Whizzbang. The latter is another consistent performer, although he will have to overcome an absence of 266 days to win here.

If you’re a fan of this fixture at Wincanton then you can’t help but love the Unibet Elite Hurdle, which always promises a high quality field.

A Grade 2 race over just short of two miles, this year’s renewal might only have six runners but it’s looking likely to be as competitive as they come.

Solo, for Paul Nicholls, couldn’t have won any more impressively in February when he won a Grade 2 race at Kempton Park. It was something of a disappointment, then, when at the Cheltenham Festival just three weeks later he finished eighth of 13 in the JCB Triumph Hurdle.

More experienced horses than Solo have struggled up Cheltenham’s hill on the run-in – especially early in their careers – so don’t be surprised to see him bolt up at Wincanton having been gelded since March.

Of the others, Nicholls has Diego Du Charmil - for the same owners - and Colin Tizzard’s Master Debonair was a winner twice last season too.

However, if any of these three are to win they will have to get the better of Alan King’s excellent Sceau Royal, triumphant in this race four years ago.

He’s been running over fences since but is now back over the smaller obstacles following a wind operation. If his victory in the Welsh Champion Hurdle three weeks ago is anything to go by then he’s definitely the one to beat.

Two and a half years ago Summerville Boy won the first race of the Cheltenham Festival, the Sky Bet Supreme Novices’ Hurdle, for trainer Tom George.

Although he hasn’t quite lived up to expectations since then, he’s been back in the winners’ enclosure twice and was a creditable fifth in the Paddy Power Stayers’ Hurdle at the Festival this year.

Up at Aintree on Saturday it’s likely he’ll start as one of the favourites in another six runner treat of a race, the williamhill.com Best Odds Guaranteed Hurdle.

Despite his obvious credentials it’s a rival, Dan Skelton’s nine-year-old Ch’tibello, who catches the eye. With experience around Aintree – a second and a third place – it’s also worth noting he’s another Cheltenham Festival winner.

Expect Olly Murphy’s Thomas Darby to be in the frame and Nicky Henderson’s Call Me Lord to go close too, especially as the latter has five wins from 13.

One thing is certain at Aintree on Saturday - expect plenty of those running in the Follow WillHillRacing On Twitter Handicap Chase to be at Cheltenham for The Festival in March.

Some have already tried their luck at Jump racing’s ‘Olympics’, including Delire D’Estruval. This year trainer Ben Pauling preferred not to run him at Jumps HQ, waiting until the Saturday after The Festival to win the Paddy Power Silver Bowl Handicap Chase at Kempton Park instead.

He’s not been seen since and this could well prove a tougher nut to crack against the likes of Benny’s King, Cool Mix and Drumcliff. 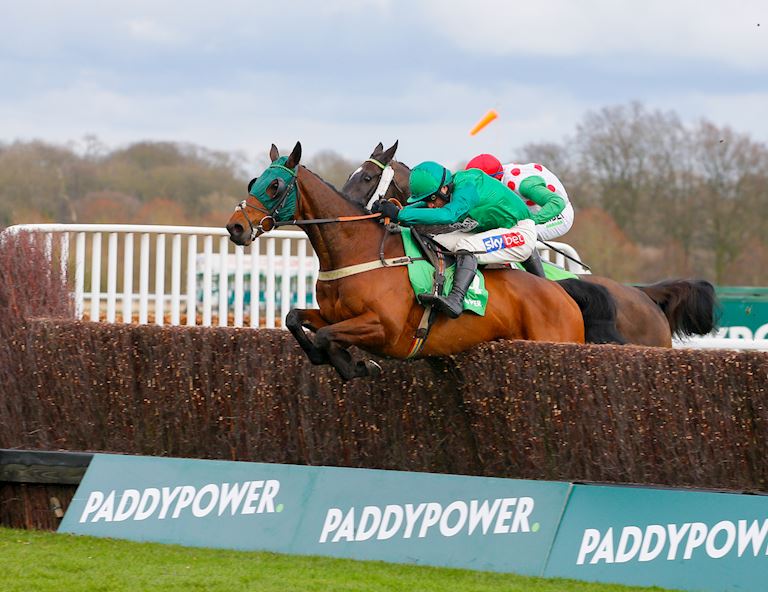 One further contender to note is Modus for that man Paul Nicholls. He was 16th of 22 in the Brown Advisory at Cheltenham in 2019 and has only been seen once since then, at Galway four months later.

That means he’s had a total of 465 days off the track – enough to set alarm bells ringing for many. Question Nicholls at your peril though as who knows what he has up his sleeve…

When we tell you that the last three winners of Sandown Park’s Future Stars Intermediate Chase are Santini, Elegant Escape and Might Bite you’ll see that it’s one of the most apt race names around.

Of those expected to line up on Sunday, Harry Fry’s If The Cap Fits is perhaps the horse who threatens to live up to the hype the most.

Jockey Sean Bowen was beaming from ear to ear when partnering the horse to win his first ever Grade 1 race at Aintree on Grand National day in the Ryanair Stayers Hurdle in 2019, beating the likes of Apple’s Jade, Sam Spinner and Roksana.

He was only seen twice last season, following up victory in the Coral Hurdle at Ascot in November with a fifth place finish in the Cleeve Hurdle at Cheltenham in January. However, this year he’s over the bigger obstacles and his win at Ffos Las in a novices’ chase last month is as good an indicator as you’ll need that he’ll take to fences like a duck to water.

That might only have been a three runner race but the opposition was hot, with Fiddlerontheroof and Emitom left trailing seven and 15 lengths behind respectively.

He likely won’t have this all his own way with Tidal Flow and Henry Daly’s Chilli Filli posing a threat and if Master Tommytucker can improve on his jumping – he’s been a faller three times in his last five outings – then this could well be a closer encounter than in previous years.