Five things you need to know about Saturday's racing

The Christmas period delivered just the kind of thrilling action on the track we hoped it would.

From Frodon’s brilliant performance to help Bryony Frost become the first female jockey ever to win the King George VI Chase to an upset in the Christmas Hurdle, we certainly had more than enough to keep us entertained.

But just as one fantastic year of horseracing ends another begins. Here we’re turning our attention to some Grade 2 action at Kempton Park and what we hope will be a cracking card at Wincanton – weather permitting...

WADHAM HOPES SHE HAS A SQUEAK WITH MIGHTY MOUSE

Saturday’s raceday at Kempton Park is named after the feature race of the fixture – the Ladbrokes Lanzarote Hurdle – but this year there’s a little added extra (more on that shortly).

The Listed ‘Lanzarote’ is due to be contested by a whopping field of 20, making it one of the most competitive handicap races of the whole year, never mind this month.

At the top of the weights, Solo is a horse who promised much when winning so comfortably at this course last February he was being talked about as a Cheltenham Festival horse. 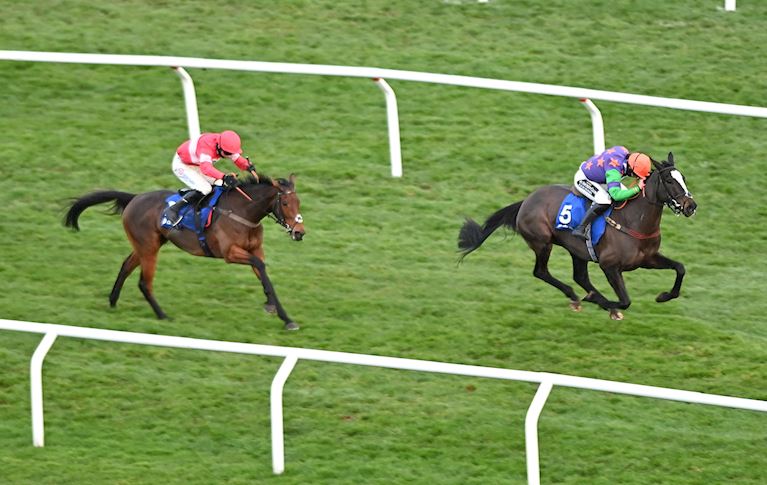 Trainer Paul Nicholls will be disappointed with his three runs since, however, and unless it transpires that he only turns it on at Kempton, he should probably just be watched here.

There was a lot to like about The White Mouse on December 12th at Cheltenham when she won the Close Brothers Mares’ Handicap Hurdle. Trained by Lucy Wadham and ridden that day by Bryony Frost it was a triumph for girl power and although Frost finds herself at Chepstow with Yala Enki for the rearranged Welsh National on Saturday, there is nothing to suggest that Jack Quinlan can’t get the same result here at a price of around 12/1.

There are plenty of contenders at around the same mark in the betting, with Emma Lavelle’s Shang Tang, Charlie Longsdon’s Castle Robin and Kim Bailey’s Shinobi among them.

But the favourite, Everglow with Richard Johnson in the cockpit, is the natural danger, especially after an easy maiden hurdle win at Ascot three weeks ago. The way he wandered around after the last obstacle would suggest, however, that he’s vulnerable right to the line.

We said we had a little something extra for you on Saturday and it comes in the form of the Dornan Engineering Relkeel Hurdle, switched from Cheltenham after Jumps HQ’s New Year’s Day fixture was a victim of the weather.

Kempton has stepped in to host the Grade 2 hurdle contest. Last year’s winner Summerville Boy will defend his crown but might well find a track he’s never set foot on will present an altogether different challenge.

McFabulous for the 11—time Champion Trainer Paul Nicholls, looks the perfect candidate to take this race at a flatter track, where he was at his very best to win a Grade 3 novices’ hurdle comfortably on March 14 last year, the day after the Cheltenham Festival had finished.

Of his other rivals, Kim Bailey will fancy Younevercall to go close, especially with two wins and a second from his three previous appearances at this track under his belt.

And Call Me Lord will be a familiar name to racing fans and a tough nut to crack on the day. However, like Summerville Boy, there’s a feeling that had this race been contested up the hill at Cheltenham (as originally planned) it might have suited them a little better.

GRADE 2 STAR HAS AN UNBEATABLE AURA

The runners in Saturday’s other Grade 2 contest (we did warn you that the top class racing comes thick and fast in January) will make up for in quality what they lack in quantity.

Four contenders will bid to win the Ladbrokes Silviniaco Conti Chase, named after the Paul Nicholl-trained horse who won an array of top races including the King George VI Chase, Betfred Bowl and Denman Chase.

As a result it’s a race the Ditcheat handler loves to win and it was his pocket rocket Frodon, with Bryony Frost on board, who took the spoils 12 months ago.

This year he’ll be hoping Master Tommytucker can land the trophy for him again, after two victories from four outings so far this season. Punters may be concerned that he wasn’t at his best at Cheltenham in December when seventh of 17 in the Caspian Caviar Gold Cup, although he does seem to have put the jumping issues which saw him fall three times in four outings between October 2018 and February 2020. 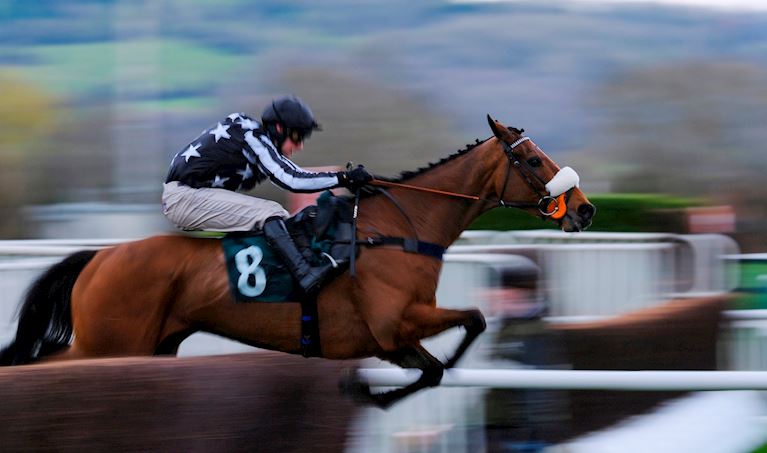 However, the horse seemingly to be feared the most here – on form at least – is Kim Bailey’s Imperial Aura, a winner on day one of the Cheltenham Festival last March.

The 4/5 favourite makes jumping fences look easy and has never been out of the first three in 11 career starts.

He was also foot perfect twice in November when winning a Grade 2 at Ascot and the Listed Colin Parker Memorial Chase at Carlisle on the first of the month and although his only performance on this track was when third of 12 in a Bumper round here in 2018 there is nothing to suggest he won’t keep on improving here.

ESPOIR COULD MAKE IT A DOUBLE BAILEYS FOR PUNTERS

There are familiar names at every turn on Kempton’s eight race card and the 1.10pm Ladbrokes Where The Nation Plays Handicap Chase is no exception.

If all 14 runners go to post their combined 126 years gives the field an average age of nine. Experience, they say, counts for everything and if last weekend’s Veterans Final at Sandown Park is anything to go by then this should be a cracker.

Towards the top of the weights, A Toi Phil is an 11 year old who owes the sport nothing, with a CV full of appearances and victories in Ireland under the tutelage of Gordon Elliott. He was switched to England and Gary Moore’s yard last year and hasn’t been seen on a racecourse for nearly a year, which will be something of a concern.

Kim Bailey has an excellent hand from which to play all afternoon at Kempton and there will be plenty of racing fans adding Espoir De Romay to their Imperial Aura betting slip in the hope the Cotswold trainer has an afternoon to remember.

Nicky Henderson might be the Champion Trainer and he loves sending his horses to Kempton, but it’s hard to see Theinval improving on some disappointing performances last year and his other runner, Pistol Whipped, is another you wouldn’t put in the same sentence as the word ‘consistent’.

Evander, a spring chicken by comparison at the age of six, is likely to go off favourite for trainer Oliver Greenall and jockey Sean Quinlan, although Nick Williams’ Erick Le Rouge will also be vying for top spot in the market come the off.

The Grade 2 Paddy Power Dipper Novices’ Chase went to Sue Smith’s Midnight Shadow last year at 4/1, a horse who went on to finish a creditable sixth in the Marsh Novices’ Chase at the Festival two and a half months later.

It’s hard to know whether we’ll be able to read the same into the performances of the three who will line up here, given that Wincanton is an altogether different proposition to Cheltenham.

However, trainer Dan Skelton is in flying form and extremely excited about his six year old Protektorat, part-owned by Sir Alex Ferguson and a winner of his first two attempts over fences, at Carlisle and Cheltenham this season.

His only two rivals will be Alan King’s consistent Messire Des Obeaux and Lieutenant Rocco for Nick Mitchell. That doesn’t mean Protektorat is a certainty, but Skelton’s impressive record with novice chasers and his form this season means that he might still be a decent price even at 1/2.