SEVEN NOVICE HURDLERS TO WATCH AT THIS YEAR’S FESTIVAL

The entries for the Grade One novice hurdle races at this year’s Cheltenham Festival were released on Wednesday afternoon, so we asked Nick Seddon to pick out seven contenders for your notebook.

The vast majority of novices entered for the Cheltenham Festival will be handed more than one option and although that is the case for Appreciate It, he looks highly likely to take his chance in the curtain-raiser, the Sky Bet Supreme Novices’ Hurdle.

Willie Mullins is the master of hitting the ground running when it comes to the Supreme, winning the race on six occasions in total. He last struck in this race with Klassical Dream in 2019 and in Appreciate It he currently has the 5-2 favourite for the Festival opener.

The seven-year-old already has some Festival experience under his belt, finishing second in last year’s Weatherby’s Champion Bumper, and he looked a very smart novice when winning a Grade One event in good style at Leopardstown over Christmas. 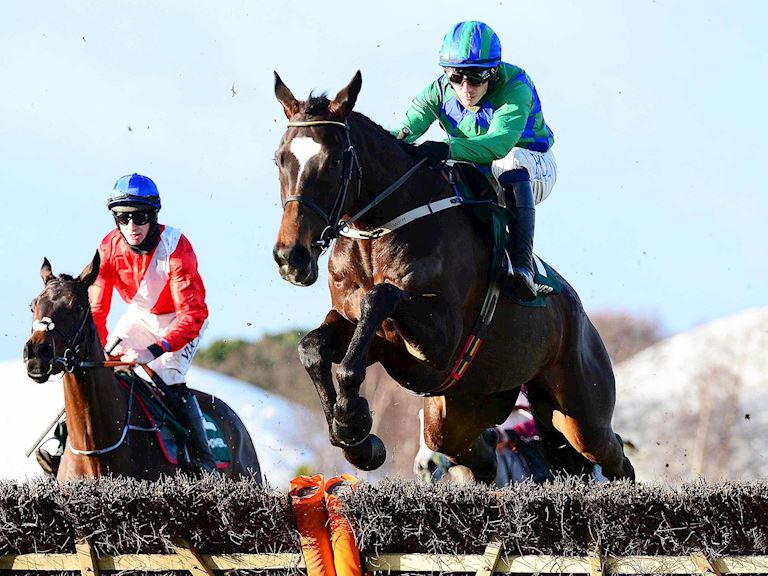 Unbeaten in his two starts over hurdles to date, he looks to have a favourite’s chance and Paul Townend will no doubt be hoping he can take over from the devastatingly effective (Ruby) Walsh/Mullins combination which became synonymous with this race.

The winner of Sandown Park’s Unibet Tolworth Hurdle generally proves to be a smart operator and the Harry Fry-trained Metier couldn’t have been more impressive when sealing a 12-length success in the Grade One contest earlier this month.

A winner on the Flat over in Ireland, Metier has taken to his new career over timber particularly well this term, winning each of his three starts since switching to the UK.

Metier also has the option of the Ballymore, though Fry has suggested that the Supreme is his most likely destination after a possible tilt at next month’s Betfair Hurdle at Newbury - a race in which novices have a fine record.

Metier is the current 7-1 second favourite for the Supreme, and his connections will be hopeful of following in the footsteps of the three horses to complete the Tolworth/Supreme double to date - Summerville Boy (2018), Noland (2006) and Forest Run (1990).

Bloodlines are one of the cornerstones of horseracing and Flinteur Sacre has certainly attracted plenty of attention since making his debut at Newbury last January, as a full-brother to the great Sprinter Sacre.

Trying to emulate a three-time Cheltenham Festival winner is far from an easy assignment, but he’s in good hands at Nicky Henderson’s Seven Barrows yard and showed plenty of ability when winning a bumper at Kempton in good style last February.

Flinteur Sacre was slightly disappointing when fourth on his hurdling debut at Newbury in November, but Henderson should know where he stands by now, having also trained his illustrious older brother. He clearly sees something in the six-year-old and he’s one to keep an eye on in the weeks leading up to The Festival

Like Nicky Henderson, Paul Nicholls is more than adept at spotting a future star, so it was particularly taking to see him compare last month’s Grade One Challow Novices’ Hurdle winner Bravemansgame to a certain Denman.

Being likened to one of the all-time great staying chasers is an achievement in itself and Bravemansgame has made a good start to living up to the Ditcheat legend, who won the Challow Hurdle himself back in 2006. 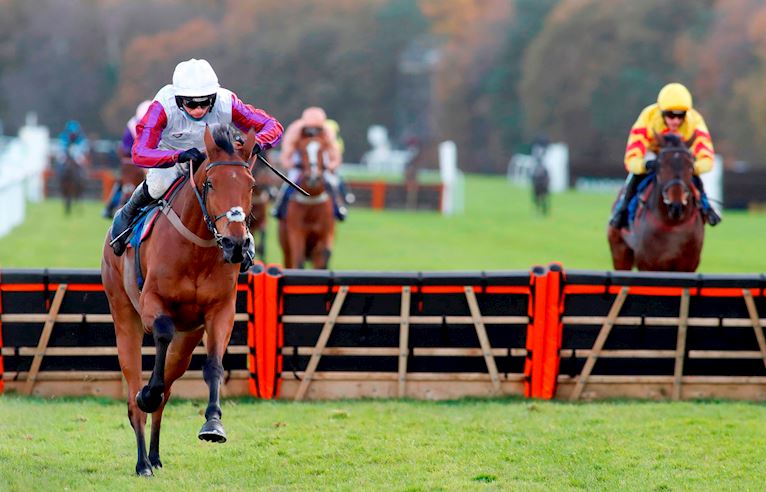 Bravemansgame looks every inch a stayer and will undoubtedly be stepped up further in trip in time. But for now the 2m 5f Ballymore is his target this year and he’s a 4-1 favourite for the Grade One contest at the time of writing.

Rather surprisingly, Nicholls has yet to win the Ballymore Novices’ Hurdle and the 11-time Champion Trainer will be looking to put that particular statistic right in March.

You won’t find too many Festival contenders who started their campaign on the Flat back in June, but Dreal Deal has proven to be one of the stories of the season so far with his exploits over hurdles for Roman McNally.

A modest performer on his first 11 starts under Rules in both codes, things suddenly clicked into place for Dreal Deal, who hasn’t looked back since landing a gamble to win a handicap hurdle event at Navan last September.

Five straight victories have followed (with two of those coming on the Flat) and Dreal Deal completed a remarkable rise to Festival contention when winning the Grade Two Moscow Flyer Novice Hurdle at Punchestown earlier this month.

Some high-class performers have won that particular event over the years, including Vautour (2014), Douvan (2015) and Min (2016) and Dreal Deal’s remarkable run has seen him improve a whopping 61lbs in the Irish handicap since that Navan success.

He’ll be an underdog in whichever Festival race McNally decides to aim him at, but that hasn’t stopped Dreal Deal yet…

David Pipe and Bryan Drew (part-owner) are no strangers to being involved with a smart type, enjoying plenty of success with the 2015 Weatherby’s Champion Bumper winner Moon Racer and in Adagio they look to have a smart juvenile on their hands. 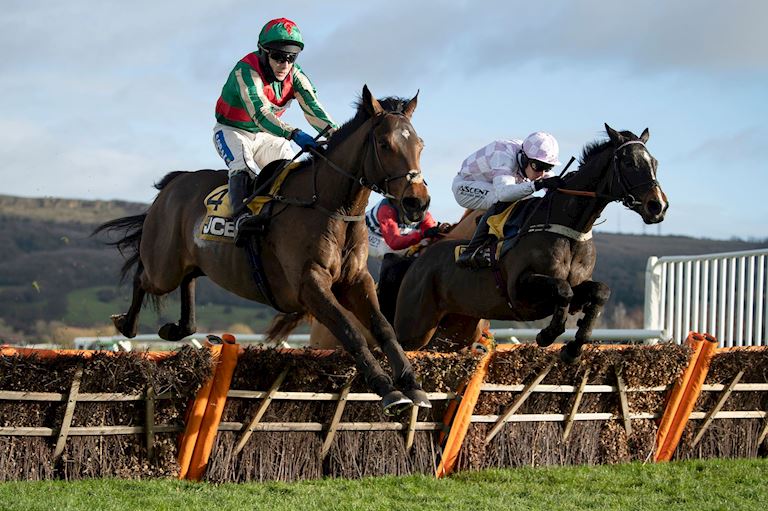 The four-year-old hasn’t taken long to make an impression, winning three of his four starts over hurdles so far, including when taking a Triumph trial at Cheltenham’s International Meeting in December.

Adagio followed that up with an impressive first Grade One success in the rearranged Finale Juvenile Hurdle at Chepstow earlier this month and plenty will fancy him to enjoy more success in the spring.

Only time will tell whether that’s at either Cheltenham or three weeks later at Aintree’s Randox Grand National Festival.

While on the subject of Adagio, it seems fitting to mention the only horse who has been able to defeat him on these shores to date - the Gordon Elliott-trained Duffle Coat.

That five-length success came in the Grade Two JCB Triumph Trial at Cheltenham’s November Meeting and although we haven’t seen Duffle Coat since, Adagio has boosted that form rather nicely – particularly when you consider that Duffle Coat was conceding 5lbs to the field that day.

Duffle Coat has won each of his four starts over hurdles so far by a combined distance of 22 lengths and he’s one of several leading Triumph chances for Elliott, who also has the likes of Quixilios and the current favourite Zanahiyr.

Elliott has won the Triumph Hurdle twice before, including with Tiger Roll in 2014, and we ought to learn more about Duffle Coat if he takes up his entry in next month’s Spring Juvenile Hurdle at Leopardstown’s Dublin Racing Festival.

The trainer’s strong hand for the Triumph could explain why Duffle Coat has also been handed options in both the Ballymore and the Albert Bartlett and he should stay further than 2m considering his full-brother Starchitect was a smart performer at up to 3m 1f.

All three races are conceivable options according to the market and it’s worth bearing in mind that Duffle Coat would receive an age allowance if he steps out of juvenile company.