Ask any Jump Racing trainer, jockey or owner where they’d like to have a winner and the answer you’d expect would be The Festival™ at Cheltenham.

However, the nature and unpredictability of sport means there are no guarantees that even the very best will triumph at horseracing’s own ‘Olympics’. Graham Clark talks to trainer Charlie Longsdon about what it would mean to have a first ever Cheltenham Festival winner and which of his contenders might help him do just that this year.

Many trainers have tried and failed to win at the Cheltenham Festival, the holy grail of Jump Racing, but few have come closer than Charlie Longsdon.

Had events in recent years turned out only marginally differently his Festival tally would already be up and running, leaving him free to reminisce about fantastic triumphs rather than near misses.

For Longsdon, one horse stands out for more than most - the JP McManus-owned Pendra, who came within three quarters of a length of landing the 2017 Fulke Walwyn Kim Muir Amateur Riders Challenge Cup Handicap Chase.

He explains: “Pendra was a real Festival regular as he ran there four times. He was unlucky in the two and a half mile novice handicap chase in 2014. He walked through the last and that cost him his chance and he ended up finishing third.

“He was beaten in the 2017 Kim Muir in slightly contentious circumstances as, although Gina Andrews gave the winner (Domesday Book) a great ride, she got a ban for it - but these things happen. He was in front after the last but it’s a long way up that hill.

“He ran some absolute blinders in defeat and was still a star for us. Songe was my first runner at the meeting during my second season training and he finished fourth in the Triumph Hurdle. He was a good horse back in the day.

“Our Kaempfer was unlucky in a Pertemps. He was last at the top of the hill and he flew home and was beaten just over two lengths in fifth. We’ve had lots run well without one getting in front.”

Longdson’s association with the meeting began while he was studying Anthropology and History of Art at Oxford Brookes University back in the 1990s. Back then attending The Festival was as much about the social aspect as it was about watching the action unfold on the track.

He recalls: “My earliest memories of going to the Cheltenham Festivals was when I was at university between 1995 and 1998.

“I used to take a few days off, not that I did much work at university, and in those days before getting into training it was about having a good time. Unfortunately I can’t really remember too many of the races as there was plenty of other things going on to keep us entertained!”

Though his memories of attending The Festival during his university days might be a little on hazy side, Longsdon has plenty of special moments he can recall during his time working as assistant to trainer Nicky Henderson, where he was associated with a number of big winners.

He said: “When I was at Kim Bailey’s we didn’t have too many runners at the meeting but then while I was at Nicky’s it was at a time when the likes of Fondmort, Trabolgan, Greenhope and Juveigneur all won there.

“It was great to be working for Nicky during that time, helping to saddle the millions of runners it seemed like we had and celebrating those winners. I suppose Fondmort in the Ryanair Chase would be a stand out win as he was a real Cheltenham horse when you look back through his record.

“Another notable winner would be Trabolgan who won what was then the Royal & SunAlliance Chase. We thought he had the world at his feet but unfortunately injuries took a toll on him.”

Based around 30 miles from Cheltenham Racecourse on the outskirts of Chipping Norton, the father of three is a relatively local trainer. For Longsdon what goes on outside of the meeting and during the build-up - in ‘normal’ years at least - is just as busy as the racedays themselves.

He explained: “It has been said many times before but it really is the yearly Olympics in the Jump Racing calendar and you have to have seriously good horses to go there. 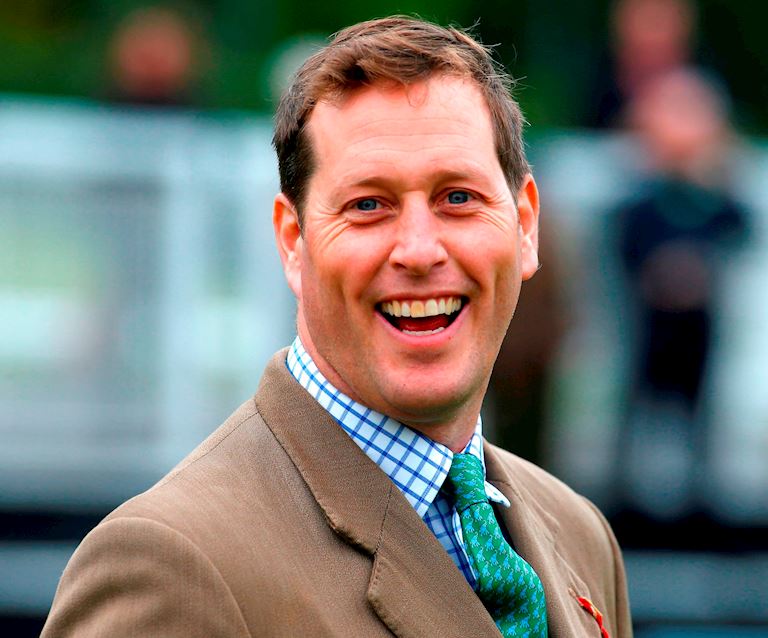 “In most years we host a pre-drinks event on the Monday for our owners who pop round for a few hours, then a lot will stay locally and come and watch the horses on the gallops in the morning before going to The Festival. Some will come back for supper or drinks later on.

“So while we are working at the stables and at the races we do all this as well to make sure our owners get a really good experience.”

Current Coronavirus restrictions mean the normally packed stands will likely be empty at this year’s Festival, but a breakthrough winner at the meeting would still be greeted in exactly the same fashion by Longsdon.

He insists: “More than anything it would be a big relief to have a Festival winner, but I’m not going to get too hung up as I’ve had over 600 winners and plenty of decent ones.

“It will be strange, no doubt, without the crowds there but the feeling of having that first winner there will be no different as the quality of racing will still be the same.”

“Snow Leopardess is the obvious one. The plan is to go to Exeter this Sunday (February 14th) first for the three mile Listed mares chase there. She will get entries in the Kim Muir and the Ultima Chase but the race I would like to go for is the National Hunt Chase. She would get the mares’ allowance and I’d like to think she would have a strong each-way chance.”

“Castle Robin will go for the Albert Bartlett. I probably ran him too quickly back in the River Don after a hard race in the Lanzarote but he still ran a cracking race in the River Don, though I know he is half a stone better than that. He has already won at Cheltenham and he wouldn’t mind that nice spring ground.”

“I hope she can get into the Pertemps Final. She would also get an entry in the Martin Pipe but the Pertemps would be the preferred option as she wants three miles and she has already won a qualifier for it at Kempton. She had a pop around Newcastle the other day over two miles in a Jumpers’ Bumper and that would have been too sharp for her. If she gets into the Pertemps she could be well handicapped.”