FIVE HORSES TO WATCH ON SATURDAY AFTERNOON AT SANDOWN PARK

Jump racing fans are treated to a Grade One and a Grade Two contest this Saturday at Sandown Park on an all-chase card following the abandonment of the hurdle races.

There aren’t too many big Saturdays in the Jump racing calendar which pass by without a horse carrying the recognisable double green colours of Simon Munir and Isaac Souede, and Caribean Boy is the first of three important runners for the duo at Sandown Park on Saturday.

All three look to have good chances and the Nicky Henderson team will be hoping that they can hold up their end of the bargain in the opener, the Virgin Bet Handicap Chase.

The seven year old is a talented sort and took advantage of his extended novice status when striking in a Grade Two event at Newbury in November, taking two notable scalps in Getaway Trump and Fiddlerontheroof in the process.

It was a performance which earned him quotes for the Ryanair Chase and although he wasn’t so good at Ascot last time out, there were plausible excuses, with that run coming in a tactical small field affair in particularly testing ground.

Caribean Boy has been given time to freshen up since and he’s still open to improvement in this sphere on what will be just his fifth start over fences on these shores. The fact that he remained a competitive price for The Festival after his Ascot run is a hint at his talent, and a good performance here would put him right back into the Ryanair reckoning.

Although the rescheduled Cotswold Chase is a particularly attractive bonus for Saturday’s card, the feature race is the Grade One Virgin Bet Scilly Isles Novices’ Chase, a race which is generally won by a smart novice. 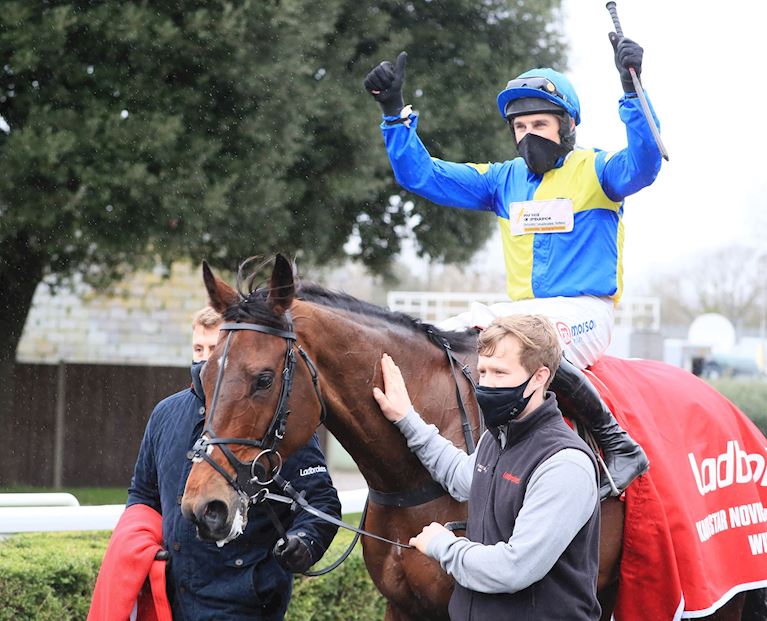 The likes of Defi Du Seuil (2019) and Bristol De Mai (2015) have added their name to the roll of honour in recent years and the Skelton team will be hopeful that Shan Blue can add his name to that illustrious list.

The seven year old already has winning form at this level under his belt, looking an exciting prospect when taking the Ladbrokes Kauto Star Novices’ Chase at Kempton on Boxing Day.

He drops back in trip here to two and a half miles, but that shouldn’t be a problem with experience at this trip and Sandown’s testing nature will certainly play into his hands.

Such a move makes sense considering that Shan Blue’s sole Festival entry is in the Marsh Novices’ Chase. His current price of 12-1 would likely shorten considerably if he can account for the likes of Hitman, Dame De Compagnie and Messire Des Obeaux on Saturday.

The rearranged Grade Two Cotswold Chase needs no introduction and while each of the six runners deserve a mention in their own right, Lake View Lad serves as an interesting angle into the race as a 16-1 outsider.

Indeed, it’s no secret that the Randox Grand National would have been his number one target at the beginning of the season as a Trevor Hemmings-owned horse, but his surprise victory in December’s Grade Two Many Clouds Chase at Aintree took his mark to new heights and may have prompted his connections to have another look at their plans.

Lake View Lad is a particularly likeable type, and the form of that Aintree success certainly isn’t to be scoffed at, particularly when you consider that he took the prestigious scalps of the re-opposing Santini and Native River.

This will ask more of him on 6lb worse terms, but Sandown’s testing nature should suit him and he has the assistance of Grade One-winning jockey Sam Twiston-Davies.

We’ll have to wait and see how the handicapper treats Lake View Lad in regards to the National at the weights announcement on February 16th, but another strong performance here may just tempt team Hemmings into a tilt at the Cheltenham Gold Cup.

Remember A Toi Phil? The 11 year old was a five-time Graded winner during his time with the Gordon Elliott team and although he rather lost his way over in Ireland, he’s been given plenty of time to regain his rhythm since joining Gary Moore.

Indeed, he offered plenty to work on when fourth behind Native River on stable debut in last year’s Grade Two Denman Chase at Newbury and we’ve only seen him once since, shaping reasonably well after an 11-month absence to finish fourth at Kempton Park last month.

That race was perhaps on the sharp side over two and a half miles and he’ll be suited by the return to three miles here, with heavy ground no problem.

A Toi Phil was more than entitled to need that run – particularly now that he’s into the twilight of his career – but he’s shown enough to suggest that he’s retained plenty of his ability, and he’s slipped to a career low mark of 138. He’s in excellent hands with the Moore team and instinct says that he will pick up a valuable handicap sooner rather than later.

The final race on the card is a novices’ handicap chase over just shy of two miles and it looks a good opportunity for the promising Dostal Phil to pick up a second straight win over fences. 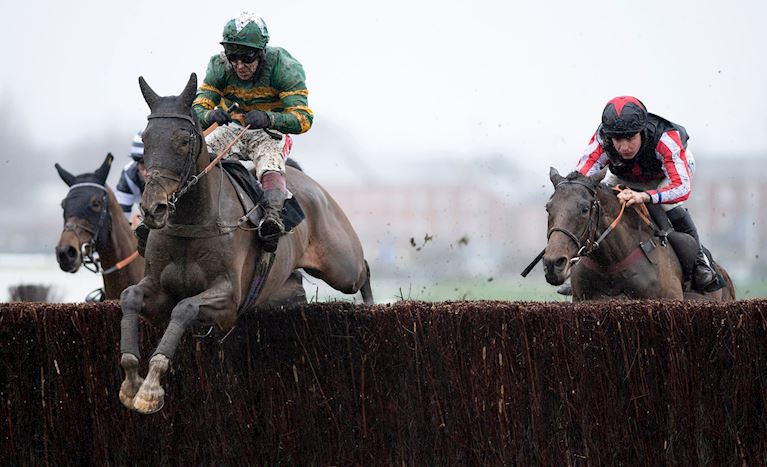 The eight year old was a useful handicapper over timber, winning twice from seven starts and he made a good start to his new career when defeating some more experienced rivals to make a winning debut at Newbury last month.

He looked a natural that day, sealing a five and a half length success despite failing to settle early on and it would be a surprise if he isn’t able to go close here under an 8lb penalty.

Richard Johnson is on board once again and a similarly fluent success would put Dostal Phil on the path to a tilt at some more lucrative prizes.

Longsdon on all things The Festival™