Sporting heavyweights and racehorse owners Lee Westwood and Jonathan Davies have spoken of their excitement at the prospect of having their first ever runners in the Randox Grand National at Aintree in April.

Their horses feature among a star-studded list of 106 entries for this year’s race which were revealed today, with a maximum of 40 horses being able to take their place in the world’s most famous steeplechase.

Those 40 highest rated horses entered will be given first refusal to run, with the weights they will carry being announced in a special televised ceremony hosted by Ed Chamberlin on Racing TV at 11.30am on Tuesday 16th February.

Golf superstar Westwood is no stranger to success in horseracing, most notably being involved on the Flat with the 2011 Stewards’ Cup winner Hoof It, and he could be represented by both Yorkhill and Bellshill in this year’s race over the iconic fences. 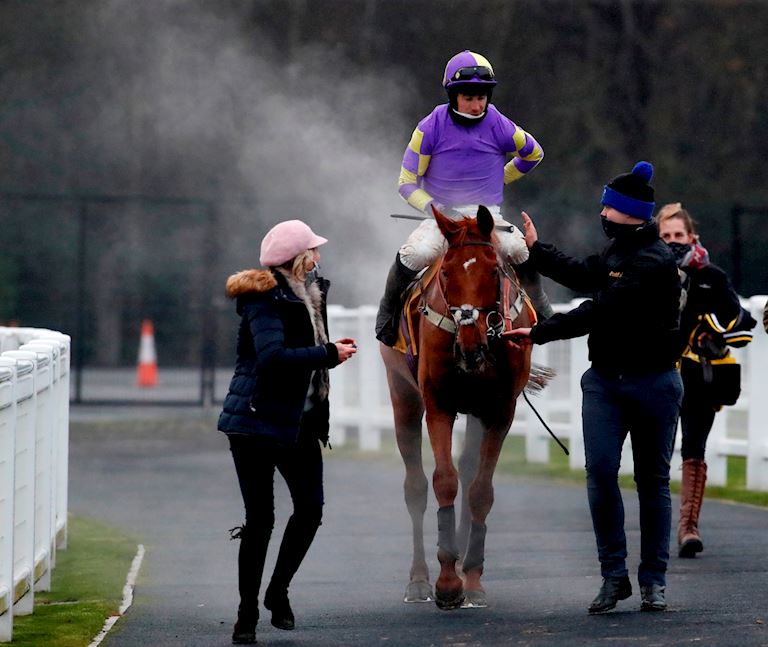 Both horses were Grade One winners during their time with Irish trainer Willie Mullins, but are now based in Scotland with Sandy Thomson. That switch has already proven to be fruitful, with Yorkhill sealing a shock 66-1 success in the Listed Rehearsal Chase at Newcastle in November.

Speaking to thejockeyclub.co.uk Westwood said it was a lifelong ambition to have a runner in the Grand National.

He said: “It’s no secret that I have a real love for racing and that stems from watching big races like the Grand National from a young age. I’ve always wanted to have a runner in the big race, so to have two entered is perfect.

“It was such a thrill to see Yorkhill get back to winning ways at Newcastle in November and you certainly can’t write him off as a multiple Grade One winner, while Bellshill has plenty of class and would certainly have a chance if he runs.

“Sandy Thomson has done a great job with both horses so far and I’d love to win a race that’s famous all over the world.”

The 11 year old already has wins in both the Welsh (at Chepstow) and the Midlands (Uttoxeter) equivalents of the National, and although the pandemic denied him a chance for last year’s Aintree race, he won the computerised equivalent, which was televised on ITV and watched by millions.

Davies revealed that he is both excited and quietly confident about seeing a big run from the Christian Williams-trained star. 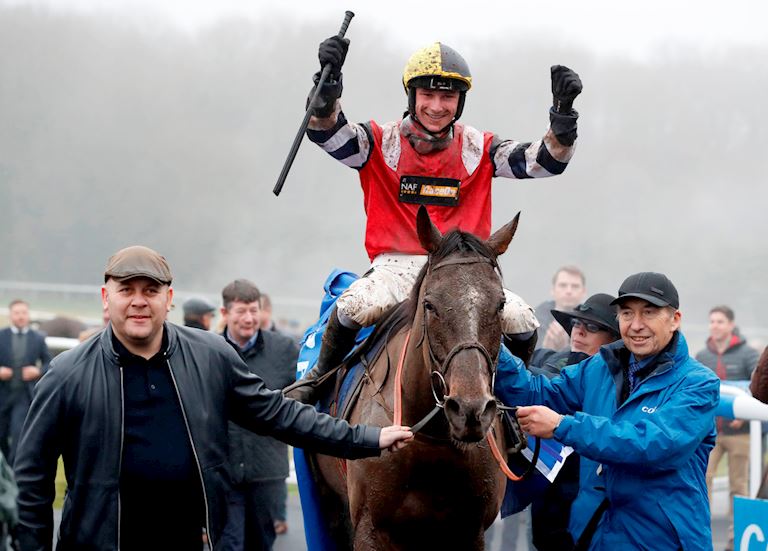 He said: “It was such a shame to miss out on a run last year as we felt we had an excellent chance, but these things can’t be helped and winning the virtual race was a pretty good consolation!

“We now want to win the real thing and it will be a thrill to see Potters Corner take on the greatest steeplechase in the world. He’s got three National wins to his name now having also won the Midlands and the Welsh, and we definitely fancy our chances of a big run.”

Other famous faces with horses entered in the race incude legendary former Manchester United manager Sir Alex Ferguson, who looks set to be represented by Give Me A Copper, former Barclays CEO Rich Ricci, who could send both Brahma Bull and the 2019 Irish Grand National winner Burrows Saint, and the Ryanair boss Michael O’Leary, who has 16 horses entered via his Gigginstown House Stud operation.

O’Leary’s entries include the 11 year old Tiger Roll, who is bidding to become the first three-time winner of the race since the great Red Rum (1973, 1974 and 1977). He had been hoping ‘Tiger’ would win a third consecutive Grand National – after victory in 2018 and 2019 – but the pandemic forced the cancellation of last year’s renewal.

Prior to this year’s race, other celebrities with runners in the Grand National include comedian Freddie Starr who owned the winner of the 1994 National, Miinnehoma. Meanwhile, former England rugby star Mike Tindall’s horse Monbeg Dude finished third in 2015.

Longsdon on all things The Festival™