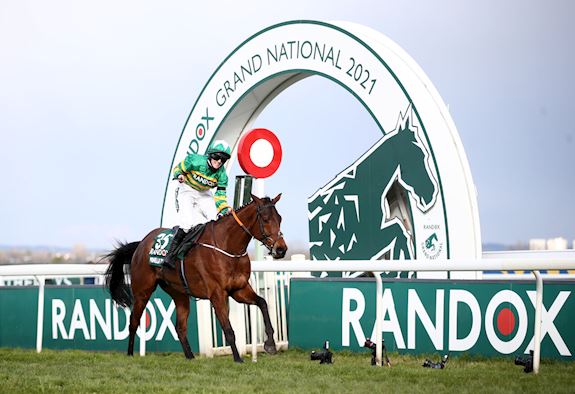 Blackmore rewrote the history books in April by becoming the first female jockey to win the world’s greatest steeplechase on Minella Times in its 182-year history. The 32 year old jockey also collected the Ruby Walsh Trophy at The Festival™ supporting WellChild in March, partnering an incredible six winners across the four days to take the leading jockey award. Five of her six Festival winners in 2021 came at Grade One level and included Honeysuckle in the Unibet Champion Hurdle.

Rachael Blackmore said: “I am delighted to be working as an ambassador for the Jockey Club West Region.

“I’ve had such an amazing year winning the Randox Grand National at Aintree and becoming leading jockey at Cheltenham. It’s an honour to be representing the racecourses which have given me the greatest moments in my career and life.

“The Grand National is the race that every child dreams about growing up. To ride in it is an achievement in itself so to win it this year was just unbelievable. I am looking forward to working with a great team at The Jockey Club to use my role to help to inspire the next generation of jockeys and racing fans.”

As part of the ambassador role, Rachael will spend time working with children in the communities around Aintree and Cheltenham to help inspire the next Grand National or Cheltenham Gold Cup winner.

“Her achievements at Aintree and Cheltenham this year have been incredible and truly ground-breaking, so it is a privilege to work more closely with her. We look forward to working with her to promote our great sport but also to engage with young people in the communities around our racecourses.”