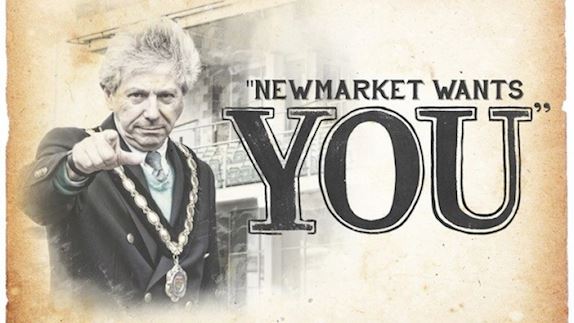 CB8 residents - WE WANT YOU!

The 2017 season starts at the Home of Horseracing with the newly sponsored bet365 Craven Meeting taking place from Tuesday, 18th to Thursday 20th April.

To celebrate the first day of the new racing season at Newmarket Racecourses, the Tuesday of the bet365 Craven Meeting will be FREE to all local residents with a CB8 postcode. After the success of last year’s initiative, which saw just over 5,500 local residents redeem the offer, Newmarket Racecourses are looking forward to hosting their Community Day for the second year running, with the first 100 bookers being offered a free Discover Newmarket tour too.

CB8 residents, WE WANT YOU to hear the thunder of hooves, feel the excitement and revel in the energy of Newmarket’s traditional curtain raiser. Whether you’re the most seasoned of racegoers or have never been racing before, there is something for everyone and we very much hope you will join us for the first day of the season.

“Following a successful introduction last year, I am very glad to see this community initiative continue, offering a sense of celebration, especially for local residents.

“Newmarket is a very special town and April in particular is a fantastic month with the start of racing for another year and also the Craven Sales at Tattersalls.

“With the first 100 bookers offered free Discover Newmarket tours alongside free entry, I would urge local residents to book sooner rather than later to avoid disappointment."