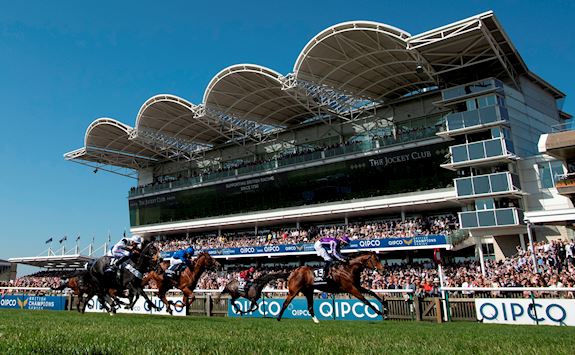 Richard Hannon is happy to throw his Listed winner, Kuwait Currency, in at the deep end in Saturday’s Group 1 Darley Dewhurst Stakes at Newmarket’s Rowley Mile Racecourse, a race the Wiltshire handler expects to be ‘the best two-year-old race run anywhere this year.’

Seven runners will go to post for this seven furlong contest, the centrepiece of the Dubai Future Champions Festival and, alongside tomorrow’s bet365 Fillies’ Mile, the joint richest Group 1 two-year-old event in Europe.

Compared with the other six, Kuwait Currency’s credentials are less than compelling, but he could barely have done more in his last two starts, first when landing a Lingfield maiden by six lengths and then when registering a decisive length and three-quarter triumph in the Listed Stonehenge Stakes at Salisbury on 24th August.

The field is led by Too Darn Hot, owned and bred by the famed musical theatre composer, Lord Andrew Lloyd-Webber, and trained by John Gosden. Easy winner of all his three starts, including the Group 3 Solario Stakes and the Group 2 Champagne Stakes, his full brother was sold as a yearling at Tattersalls yesterday for a cool £3.675 million.

Irish Champion Trainer Aidan O’Brien, the winner of the last three Dewhursts and successful in all three juvenile Pattern Races that were run at Newmarket 12 days ago, will be represented by the second, third and fourth from the National Stakes: Anthony Van Dyck, Christmas and Mohawk.

Mohawk has franked that form by landing the Group 2 Juddmonte Royal Lodge Stakes over the full Rowley Mile while the front-running Christmas should again ensure that the race is run at a strong pace.

The field is completed by a second unbeaten colt, the Listed Flying Scotsman Stakes winner, Sangarius; and Advertise, triumphant in the Group 2 Arqana July Stakes at Newmarket’s July Course in high summer but not seen since winning the Group 1 Phoenix Stakes at The Curragh two months ago.

Other highlights of the second and final day of the Dubai Future Champions Festival are Irish trainer Willie Mullins saddling no less than seven runners, including the favourite, Stratum, in a 34-strong field for the two and a quarter mile Dubai £500,000 Cesarewitch; and Andre Fabre’s crack French juvenile, Persian King, taking on Karl Burke’s highly-regarded Kadar in the Group 3 £60,000 Masar Godolphin Autumn Stakes.

“Kuwait Currency has done very well since he won the Stonehenge Stakes at Salisbury and has had a nice break since then.”

“The drop back to seven furlong shouldn’t bother him and if they get a bit of rain that might help, though fast ground on that nice straight course ought to be fine for him anyway.”

“The opposition looks pretty good – it’s a very hot race. This edition of the Darley Dewhurst will probably be the best two-year-old race run anywhere this year.”

“Kuwait Currency is a Listed winner who, apart from his debut, has been very impressive, so he’s worthy of a place in the field all right. Having said that, if he finishes placed we will be delighted.”