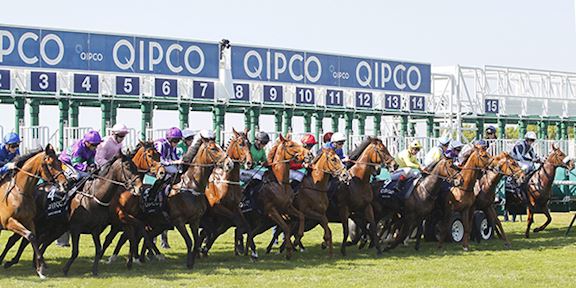 24th April 2019 – Richard Hannon, triumphant with unfancied Guineas contenders twice in his first five years with a training licence, is happy to avoid the pre-race limelight with his three candidates - King Of Change, Urban Icon and Walkinthesand – for the Group 1 QIPCO 2000 Guineas.

The Hannon trio were today revealed among the 31 horses remaining engaged following yesterday’s scratching stage for this prestigious £500,000 event, run over the straight mile of Newmarket’s Rowley Mile Racecourse on Saturday, 4th May. It is both the first British Classic of the season and the opening leg of the 2019 QIPCO British Champions Series.

Already responsible for the winner of this race on a record nine occasions, Irish Champion Trainer Aidan O’Brien has six entries including Ten Sovereigns, successful in the Group 1 Juddmonte Middle Park Stakes on the Rowley Mile last autumn, and Magna Grecia, who landed last year’s Group 1 Futurity Trophy at Doncaster.

Skardu, Momkin, Set Piece and Royal Marine – the first four home in the main trial, the Group 3 bet365 Craven Stakes, over this course and distance two weeks ago – head the British challenge alongside Mohaather, winner of the Group 3 Greenham Stakes at Newbury earlier this month, and three colts yet to race this season: Advertise, Calyx and Phoenix Of Spain.

As two-year-olds Advertise landed the Group 1 Phoenix Stakes and finished runner-up in the Group 1 Darley Dewhurst Stakes; Calyx ran away with the Group 2 Coventry Stakes; and Phoenix Of Spain found only Magna Grecia too strong for him in the Futurity.

No British trainer has more remaining entries than Hannon, who took this race with the 40-1 outsider, Night Of Thunder, in 2014 and saddled the 66-1 shot, Billesdon Brook, to land last season’s QIPCO 1000 Guineas.

Runner-up on both of his 2018 starts, King Of Change got off the mark with a two and a half length score in a conditions race at Nottingham on 10th April; Urban Icon was third in the Greenham; and Walkinthesand was involved in a terrific duel before losing out by a neck to Kick On (the pair pulling almost five lengths clear of the third) in the Listed Feilden Stakes over nine furlongs of the Rowley Mile on 16th April.

“Coming into the QIPCO 2000 Guineas rather under the radar doesn’t bother me at all. Historically, our three-year-olds always need their first runs, that was the case with both Night Of Thunder and Billesdon Brook and also with Sky Lantern [winner of the QIPCO 1000 Guineas six years ago just before Hannon took over the training licence from his father].

“It will be no different this time around, we will just have to see how much progress they all make. The 2000 Guineas is always a top class race, no matter what turns up.

“King Of Change really impressed us at Nottingham and has always been held in high regard, though running in the Guineas will be a big step up for him.

“Urban Icon came out of the Greenham absolutely fine and if he gets the fast ground that he needs I can see him running a really big race in the Guineas.

“Walkinthesand will improve for his excellent run in the Fielden and dropping him back to a mile won’t be a problem.

“All three will do their final pieces of work at the weekend and we will make a decision afterwards about how many to run.”

Irish trainer Sheila Lavery will be bidding for her first ever winner in Britain when she saddles Lady Kaya, one of 24 fillies to stand their ground following yesterday’s scratching stage for the Group 1 QIPCO 1000 Guineas, which will take place at Newmarket’s Rowley Mile Racecourse on Sunday, 5th May.

Run over a straight mile, this £500,000 Classic is the second leg of the 2019 QIPCO British Champions Series.

Lavery, who has been training in County Meath since 2012, has never previously had a Classic runner. Indeed, it was only two and a half weeks ago that Lady Kaya gave her a first Pattern Race success in the Group 3 1,000 Guineas Trial at Leopardstown.

Led out unsold when the hammer came down at the €12,000 mark at the yearling sales so now owned by Lavery’s niece, Joanne Lavery, Lady Kaya had some excellent two-year-old form, in particular when chasing home her fellow QIPCO 1000 Guineas entry, Skitter Scatter, in the Group 1 Moyglare Stud Stakes in mid September.

Indeed, Irish trainers have a particularly strong hand this year with ten entries including seven from Aidan O’Brien. These are led by Just Wonderful, winner of the Group 2 Shadwell Rockfel Stakes over seven furlongs of the Rowley Mile on 28th September, and Fairyland, who landed the six furlong Group 1 Juddmonte Cheveley Park Stakes here the following day.

Aidan’s son, Joseph, completes the Irish contingent with Iridessa, successful over the full course and distance in the Group 1 bet365 Fillies’ Mile on 12th October and recently third behind Lady Kaya on her reappearance.

The British defence includes all of the principals from the two main trial races. Roger Varian’s Qabala is engaged alongside her stablemate, Mot Juste - who a fortnight ago chased her home over seven furlongs of the Rowley Mile in the Group 3 Lanwades Stud Nell Gwyn Stakes - plus the third and fourth from that seven furlong contest, Angel’s Hideaway and Look Around.

Dandhu lifted the Group 3 Fred Darling Stakes at Newbury on 13th April for veteran handler David Elsworth and she could again cross swords with the second, third and fourth from that seven furlong event, Iconic Choice, So Perfect and Star Terms.

“Lady Kaya came out of her Leopardstown race very well, I am very happy with her, and she now heads to Newmarket.

“She will be my first runner in a Classic and I’m just trying to get her there in one piece and trying not to think about it too much – if I do it makes me feel physically ill!

“I like being the underdog and I think she is a wonderful story for racing. She was very inexpensive and it shows that there is a dream out there for everyone, everyone can buy the dream and for Joanne it has come true.

“I have taken advice from a number of people, including Pat Smullen, and we think that going over to England is the best option for her. One of the reasons why we have chosen to send her to Newmarket is that we know she handles the track, having run on it in the Cheveley Park Stakes.

“She only finished sixth that day but that was not her true form, it came too soon for her, less than two weeks after the Moyglare, and she ran flat.

“I think Lady Kaya was fairly straight for her Leopardstown win, as she is naturally very fit, but I certainly hadn’t gunned her at home.

“Guineas Day will without doubt be the biggest moment of my training career and, without sounding big-headed, I have never been one to be scared by the opposition, as you just never know.”

“Star Terms is not 100 per cent certain to run in the QIPCO 1000 Guineas. But she needed her run in the Fred Darling, would like fast ground and the step up to a mile will be to her advantage.” 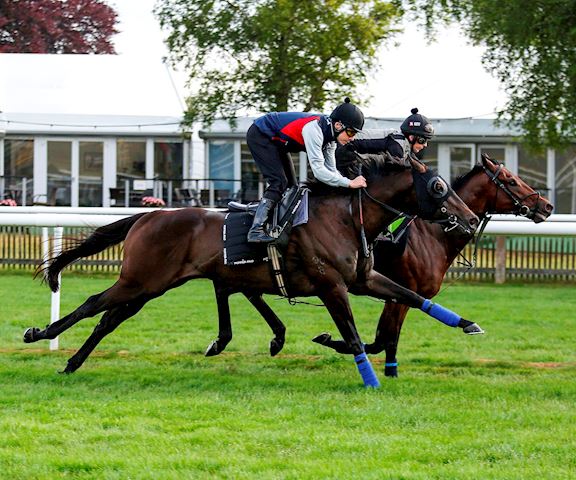