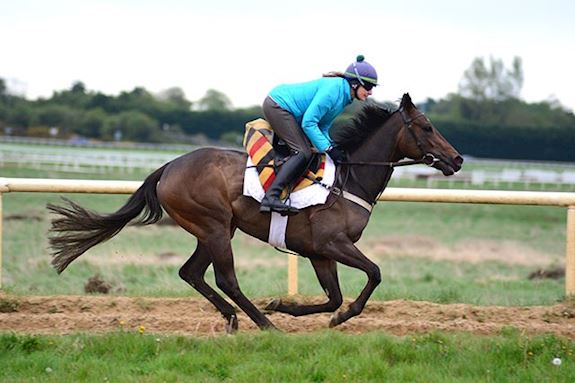 • A Group 1 winner at two, Skitter Scatter is among the market leaders for the QIPCO 1000 Guineas
• Oxx took over her training from Patrick Prendergast prior to this season
• Race comes ten years after Sea The Stars won the 2000 Guineas

29th April 2019 - Legendary trainer John Oxx is relishing the prospect of returning to Newmarket with a leading Classic contender as he prepares to unleash Skitter Scatter in the QIPCO 1000 Guineas on Sunday (5th May).

Following today’s confirmation stage, Skitter Scatter was one of 16 fillies to stand their ground for Sunday’s Group 1 £500,000 QIPCO 1000 Guineas while the Aidan O’Brien-trained pair of Magna Grecia and Ten Sovereigns headed the 24 confirmations for Saturday’s Group 1 £527,875 QIPCO 2000 Guineas.

The 2019 QIPCO Guineas Festival comes ten years after Oxx saddled Sea The Stars to win the 2000 Guineas, kicking off a remarkable summer of Group 1 success for the now Gilltown Stud-based stallion.

To hear from John Oxx and see footage of Skitter Scatter on the gallops this morning, click on this link: https://youtu.be/eocFnEPog7c

Oxx came upon Skitter Scatter, a Group 1 Moyglare Stud Stakes winner at The Curragh last September, in January when taking responsibility for horses trained previously by Patrick Prendergast and the master of the picturesque Currabeg Stables has been delighted by what he has seen from the filly so far.

“She’s not big but she’s a nice length, with a good action and she has a good, economical stride,” said Oxx on Monday after watching Skitter Scatter canter on the Curragh.

“When you have good horses, you’re always looking at them wondering why they are good and in her case, she’s not a big, strong athlete that you could pick out from 100 yards but she has a lot of good qualities.

“She has a grand temperament and a really good attitude. She’s a trier and has a fluency to her stride. She just seems to have ability and they come in all shapes and sizes!”

Oxx revealed the daughter of Scat Daddy has taken some time to come to hand this spring but believes her experience could prove a key factor in how she performs in Sunday’s race.

He said: “It’s always tough with three-year-old fillies in the spring but we’re pretty happy with her work and her coat has come on well in the last month. She was a bit backward for a while but in the last month she’s really improved.

“Patrick always said she doesn’t take much work but he had her fit early on last year. She ran at the end of March, which people would forget, and he just kept her ticking over between races then.

“It’s a little bit different this time, because she hasn’t raced since September, it’s the QIPCO 1000 Guineas, it’s her first run of the season, so she has had to work a bit more than he might have worked her last year. We’ve just had to try and get that balance right.

“She’s an experienced horse though, which is a big help going into a Guineas.”

Oxx admitted he has not concerned himself too much with how the QIPCO 1000 Guineas has been shaping up in recent weeks, preferring to focus on preparing his filly, but will turn his attention to tactics nearer the time of the race.

“You just focus on your horse and the work you’re doing, then the race comes along and we give some thought to it then,” he said. “The jockey will think about it too but a lot depends at Newmarket on the size of the field and the draw, what’s close to you, what’s too far away from you – they are all big factors in a race.”

There would be few more popular winners at Newmarket this weekend than Skitter Scatter, with the exploits of Sea The Stars, masterminded by Oxx, still fresh in the minds of many racegoers, and the trainer admitted he is relishing the prospect of being back on one of racing’s biggest stages.

“It’s big for anybody, any trainer at any time,” he said. “It’s been ten years since Sea The Stars, so it’s nice to be going back there with a horse who has a live chance.”