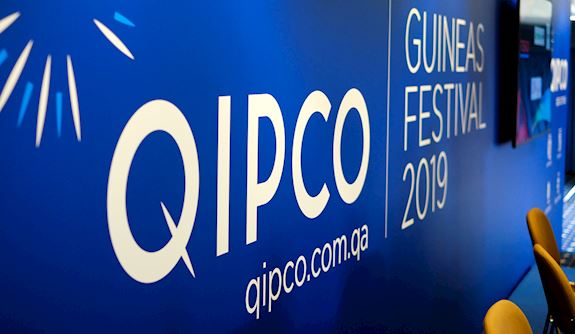 2nd May 2019 – Twenty years on from his last victory in the race with Island Sands, trainer Saeed bin Suroor is convinced that Royal Marine can step up on his recent fourth place in the bet365 Craven Stakes in Saturday’s Group 1 QIPCO 2000 Guineas at Newmarket’s Rowley Mile Racecourse.

No less than 19 runners have been declared, meaning that Royal Marine will be part of the biggest field since 2010 for this, the first British Classic of the season. Run over a straight mile and worth £523,750 in prizemoney, the QIPCO 2000 Guineas is the opening leg of the 2019 QIPCO British Champions Series.

Royal Marine proved himself a top class performer by landing the Group 1 Prix Jean-Luc Lagardere at ParisLongchamp last October. His most recent outing saw him sent off as the heavily-backed favourite for the bet365 Craven Stakes over the full QIPCO 2000 Guineas course and distance on 17th April.

But the son of Raven’s Pass was denied a clear run at a crucial stage and came home in fourth place, beaten two and three-quarter lengths. On Saturday he will again cross swords with all three of the colts that finished in front of him – Skardu, Momkin and Set Piece.

Irish trainers, who have plundered the QIPCO 2000 Guineas 11 times in the last 17 years, will mount another powerful challenge, once again led by Aidan O’Brien, already responsible for saddling the winner on a record nine occasions.

The Irish contingent is completed by Madhmoon, trained by a man, 86-year-old Kevin Prendergast, who last landed this famous race way back in 1977 with Nebbiolo. Madhmoon won the Group 2 Champions Juvenile Stakes at Leopardstown last September.

The home defence also features Martyn Meade’s Advertise. This son of Showcasing, winner of last season’s Group 1 Phoenix Stakes prior to finishing second in the Group 1 Darley Dewhurst Stakes, does not have the benefit of a preparatory outing, preferring instead to take part in a public gallop on the Rowley Mile two and a half weeks ago.

“Royal Marine is better than what he showed in the Craven Stakes. He was too keen that day, then was stuck in behind horses and couldn’t find any room.

“He has come back from the run very well, did his last piece of work on Monday, and will run in the QIPCO 2000 Guineas equipped with a hood for the first time which should help him relax.

“I am sure that there will be a strong pace, which will suit him, and any rain that we happen to get over the next couple of days should also be in his favour.

“Winning the Guineas again would mean a lot. The Classics are the five best races of the year, they are great races to be involved in, and very few trainers get the chance to win them.”