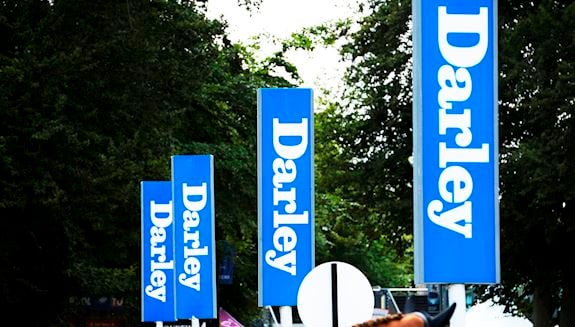 26th June 2019 – Brando, third and second in the last two runnings of the Darley July Cup, is among the 22 entries remaining following yesterday’s (Tuesday) scratching stage for this £500,000 Group 1 event which take place at Newmarket’s July Course on Saturday, 13th July.

Run over a straight six furlongs and the centrepiece of the three-day Moët & Chandon July Festival, the Darley July Cup is one of Europe’s top sprints and is the fourth of seven races in the Sprint category of the 2019 QIPCO British Champions Series.

A seven-year-old son of Pivotal trained in Yorkshire by Kevin Ryan, Brando was beaten less than two lengths when third to Harry Angel in this race in 2017 and improved by one place last year to finish runner-up to US Navy Flag. He has also been successful on three of his four starts at Newmarket’s other racecourse, the Rowley Mile.

His three starts this season have brought a close third in the Group 3 Connaught Access Flooring Abernant Stakes on the Rowley Mile (a race that he had won twice previously); a modest seventh in the Group 2 Duke Of York Stakes at York which Ryan blamed himself for having imposed a change of riding tactics; and an easy victory in a valuable conditions race at Hamilton Park on 6th June.

The other top older horses among the entries for a race that sees the three-year-old sprinters take on their elders for the first time include Dream Of Dreams and Invincible Army.

Dream Of Dreams failed by just a head to catch the now retired Blue Point in Saturday’s Group 1 Diamond Jubilee Stakes at Royal Ascot while Invincible Army, seventh in the Diamond Jubilee, had earlier shown his true colours with a smooth score in the Duke Of York Stakes.

The entry is given an international flavour by the horses that filled the two places directly behind Invincible Army at Royal Ascot – Lim’s Cruiser and City Light. Lim’s Cruiser is a dual Group 1 winner back home in Singapore while the French raider, City Light, posted a career best when beaten a short head in the 2018 Diamond Jubilee.

The younger generation of Darley July Cup hopefuls is led by Advertise, a Group 1 winner as a two-year-old who, having finished down the field in the QIPCO 2000 Guineas, bounced back to form to land the Group 1 Commonwealth Cup at Royal Ascot last Friday.

Advertise’s victims that day included fourth-placed Ten Sovereigns, himself a Group 1 winner (in the Juddmonte Middle Park Stakes) last term and unplaced in the QIPCO 2000 Guineas. He is one of six entries for the Irish Champion Trainer, Aidan O’Brien.

“It was always the plan to run Brando in the July Cup so it’s all systems go.

“We were never going to take him to Royal Ascot – it’s quite hard for these sprinters to be at their best for both Ascot and the Darley July Cup and he’s got such good form at the two Newmarket tracks that it made sense to take him there as a fresh horse.

“For some reason he enjoys running downhill. We can’t put our finger on it, but he loves both Newmarket courses.

“The Darley July Cup is a very difficult and prestigious race, especially nowadays when it is the culmination of a long wait for the three-year-olds to take on the older horses for the first time.

“Brando’s been placed in it twice before so if he were to win it this time it would be fantastic for us and live long in the memory.

“He’s a total gentleman at home and a bit of a yard favourite. He’s very laid back and so easy to deal with, he’s an absolute saint and everyone loves him.

“He’s got form on all sorts of ground. As he gets older maybe he prefers a bit of juice in the ground but I wouldn’t be worried about fast ground – the main thing with him is to have a truly-run race and you’ll certainly get that at Group 1 level.”