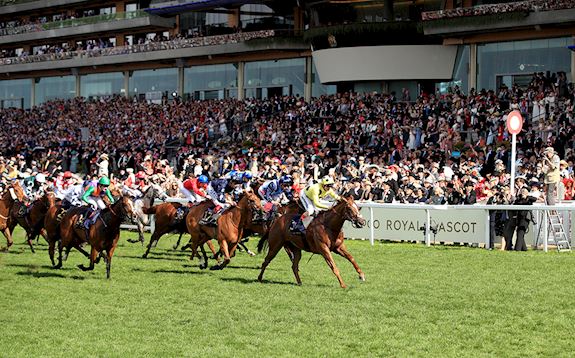 8th July 2019 – Cape Byron will bid to make the giant leap from handicaps to Group 1 company when he contests the £500,000 Darley July Cup at Newmarket’s July Course on Saturday (13th July).

Trained in Newmarket by Roger Varian, Cape Byron is one of 15 remaining entries for this prestigious six furlong event following today’s confirmation stage. The centrepiece of the three-day Moët & Chandon July Festival, the Darley July Cup is one of Europe’s top sprints and the fourth of seven races in the Sprint category of the 2019 QIPCO British Champions Series.

A son of Shamardal, Cape Byron justified favouritism by a comfortable length and a half in the Wokingham Handicap at Royal Ascot last month – his first outing over as short as six furlongs in a 13-race career – having landed another valuable handicap, the Victoria Cup, over seven furlongs of the same course six weeks earlier.

As a half-brother to the Group 1 winner, Ajman Princess, the Group 2 winner, Ostilio, and the Classic-placed Imperial Charm, who all excelled over a mile, he is bred to stay further but now, at the age of five, looks like he may be ideally suited to sprint distances.

The Darley July Cup is the first time that the best three-year-old sprinters get the chance to take on the older speedsters and a quartet of Group 1-winning members of the younger generation - Advertise, Ten Sovereigns, Fairyland and Pretty Pollyanna – are among Cape Byron’s most dangerous potential opponents.

Among the older horses, Cape Byron’s chief rivals will be Dream Of Dreams, runner-up in last month’s Group 1 Diamond Jubilee Stakes; Brando, third and second in the last two runnings of this race; and the 2016 Darley July Cup hero, Limato.

The entry is given an international flavour by Lim’s Cruiser, dual winner of Singapore’s top sprint, the Lion City Cup.

“He ran a number of good races last year when the cards did not fall quite right for him.

“With the way he won the Victoria Cup, he looked like a horse that would be just as comfortable – if not more comfortable – back down a furlong where the field went quicker.

"We were very confident that the Wokingham was set up lovely for him and it proved to be that way.

"It was the most dominant display of his career. We had made a July Cup entry for him a number of weeks before Ascot, so we had it in our mind he could be very good over this trip.

"There are some nice horses in the race but you could argue that there is not a sprinter stamping his authority on the division at the moment.

"It is an open year and a good year to have a runner in the race."