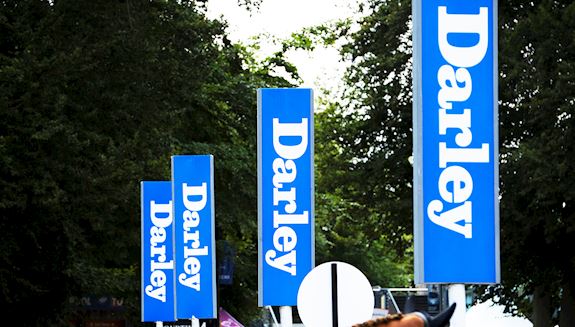 11th July 2019 – When the stalls open for Saturday’s (13th July) Group 1  Darley July Cup at Newmarket’s July Course most eyes will be on Frankie Dettori aboard the favourite, Advertise. Yet the history books tell us that rather than Dettori, who has a terrible record in the race, the man to look out for is John Egan aboard the Singaporean challenger, Lim’s Cruiser.

A field of 12 runners has been declared for this £500,000 six furlong contest, which is the centrepiece of the three-day Moët & Chandon July Festival. One of Europe’s top sprint races, it is the fourth of seven events in the Sprint category of the 2019 QIPCO British Champions Series.

Dettori is on the crest of a wave at present, having won three Group 1 races in the last 12 days and scored on nine of his 14 rides during that period. However, after almost three decades of trying, he is still looking for his first Darley July Cup triumph, the best that he has managed in 20 attempts being Iffraaj’s second place in 2006.

By contrast, Egan, who at 51 years of age is three years Dettori’s senior, has been successful on his only two Darley July Cup appearances, first on the 22-1 outsider, Pastoral Pursuits, in 2005, then a year later when beating Dettori by a head aboard Les Arcs.

This time around Dettori will be getting the leg-up on Advertise, winner of last month’s Group 1 Commonwealth Cup at Royal Ascot, while Egan has been booked by the New Zealand-born Singapore trainer, Stephen Gray, to partner Lim’s Cruiser.

Twice on target in Singapore’s top sprint, the Lion City Cup, Lim’s Cruiser is reported by Gray to have made good progress since he was eighth on his British debut in the Group 1 Diamond Jubilee Stakes at Royal Ascot.

Dream Of Dreams, the Diamond Jubilee runner-up, has also been declared along with Cape Byron, successful in the Wokingham Handicap at Royal Ascot and set to make his Pattern Race debut on Saturday.

Other top older horses in the field include Brando, third and second in the last two runnings of this race; and the 2016 Darley July Cup hero, Limato.

Aside from Advertise, the three-year-old generation is represented by three more Group 1 winners – Ten Sovereigns and Fairyland, both from the yard of the Irish Champion Trainer, Aidan O’Brien, and Pretty Pollyanna, trained in Newmarket by Michael Bell.

“Lim’s Cruiser is very overpriced at his current odds of 50-1 and I am confident that we will be in the shake-up.

“I had a ride for Stephen [Gray] out in Dubai, and Lim’s Cruiser has been based for the last month at Jane Chapple-Hyam’s yard in Newmarket, where I ride out. So, when the jockey [Vlad Duric] who rode him at Ascot couldn’t make it back, Stephen was kind enough to ask me to ride him.

“Lim’s Cruiser wouldn’t have been 100 per cent for Ascot as it can take time to acclimatise. I have seen him most days since he arrived and I reckon that he is coming to himself all the time.

“I’ve ridden him out a few times and then rode him work on the July Course last Saturday when we were very happy with him. The straight course shouldn’t inconvenience him and the uphill finish should suit as he’s a real good finisher – I’ve watched his races from Singapore and he seems to have an unbelievable kick.

“My two Darley July Cup wins were fantastic – right up there with the best moments in my career.

“Pastoral Pursuits was a really good horse, he was a pick-up ride for me as Steven Drowne had to stick with Avonbridge, who I beat into second.

“I was Les Arcs’ regular rider, he was a tricky customer, you had to take the hood off him at the last moment and then get plenty of cover. It was great to beat Frankie, who finished fast in second.

“Wouldn’t it be something if I could make it three out of three on Saturday? If I can pull that off, I’ll be offered the ride on the favourite next year!”