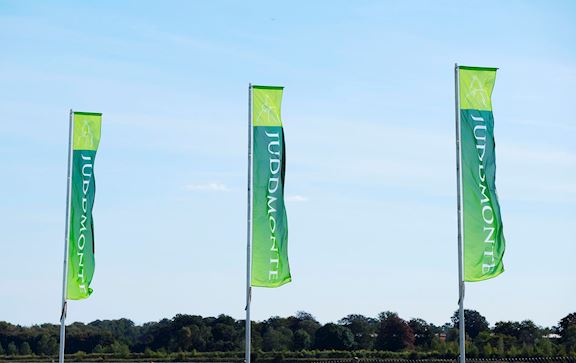 Trained in Ireland by Ger Lyons, the son of First Defence will then have the option of returning to the Rowley Mile three weeks later for the seven furlong Group 1 Darley Dewhurst Stakes.

Entries for both showpiece races were revealed today, as were entries for the other £275,000 Group 1 event on Juddmonte Day, Saturday 28th September, the six furlong Juddmonte Cheveley Park Stakes, and for the bet365 Fillies’ Mile, which takes place 24 hours before the Darley Dewhurst Stakes on Friday October 11th.

The bet365 Fillies’ Mile and the Darley Dewhurst are the centrepieces of the two-day Dubai Future Champions Festival. Both races are worth £500,000, making them Europe’s richest Group 1 two-year-old events.

Siskin took his career record to four-from-four when beating his fellow Juddmonte Middle Park and Darley Dewhurst Stakes entry, Monarch Of Egypt, in the Group 1 Phoenix Stakes at The Curragh last Friday.

Aidan O’Brien, Lyons’s compatriot who has landed the Juddmonte Middle Park Stakes for the last two years with US Navy Flag and Ten Sovereigns, two colts that have gone on to win the Darley July Cup at Newmarket’s July Course the following season, is responsible for nine of the 53 entries this time around, including Monarch Of Egypt.

The Juddmonte Cheveley Park Stakes could see a rematch between Raffle Prize and Daahyeh, the first two home in last month’s Group 2 Duchess Of Cambridge Stakes (sponsored by bet365) at Newmarket’s Moët & Chandon July Festival. Liberty Beach, Tropbeau and Under The Stars are other Pattern Race winners among the 50 fillies engaged.

And star billing in the run-up to the Darley Dewhurst Stakes could go to Pinatubo, who, like Siskin, boasts an unblemished four-race career, most recently winning the Group 2 Vintage Stakes by a yawning five lengths. He and Siskin are among its 66 entries.

“The Juddmonte Middle Park Stakes is a natural sequitur for Siskin following his Phoenix Stakes win and looks to be his main target, though there is a possibility he could run in the National Stakes. Any decision about the Darley Dewhurst Stakes would not be taken until we’ve seen how he goes in the Middle Park.

“His Phoenix Stakes victory was very pleasing. He found the ground a bit soft but was well on top in the last few strides so there is no question that it was a smart performance.

“He’s been fine since then and Ger [Lyons] has been pleased with him. He seems to be going the right way.

“There has been some talk about him having plenty of stamina on the dam’s side of his pedigree but his mother, Bird Flown, won over seven furlongs, his sire, First Defence, was a seven furlong horse, and his dam’s sire, Oasis Dream, was a sprinter.

“You can take what you like out of a pedigree. I would say that his is essentially quite a fast pedigree, though you would still hope that he would get a mile.”