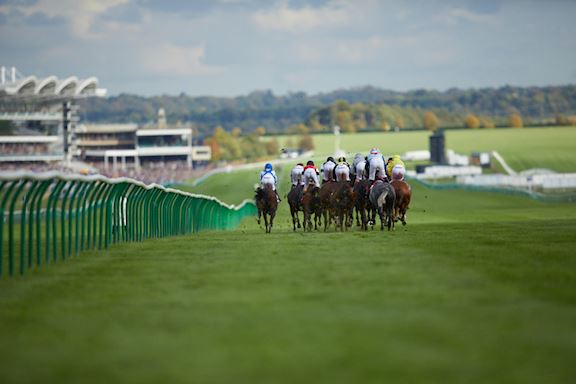 24th September 2019 – Following recent showers, officials at Newmarket’s Rowley Mile Racecourse have published a going bulletin prior to the start of the three-day Cambridgeshire meeting at the venue on Thursday (26th September).

“We’ve had 5mm of rain so far today [Tuesday], which is less than we had anticipated at this stage and the going is ‘Good’. We are expecting 3-4mm of rain overnight into Wednesday morning but once that has gone through, we should see a largely dry day.

“After that, the next front is due to come through overnight and into Thursday morning, when we could see a further 3-4mm.

“We are expecting breezy conditions across all three days of the Cambridgeshire meeting and from Thursday lunchtime onwards, the proliferation and intensity of the showers decreases and the percentage chance of a shower, particularly on Friday and Saturday, is quite low.

“The course is in an extremely good position to take the rain. We raced on ‘Good to Firm’ ground on Saturday and will be racing on the same strip of ground again.”

After yesterday’s (Monday) confirmation stage, 66 horses have stood their ground for Saturday’s £160,000 bet365 Cambridgeshire Handicap, one of numerous highlights on a card which also includes two Group 1 events and a Group 2, all three races restricted to two-year-olds and sponsored by Juddmonte.

Run over a straight nine furlongs with a maximum field size of 35, this year the top of the ante post market for the bet365 Cambridgeshire is dominated by three-year-olds, even though members of the younger generation have won only three of its last 11 renewals.

Four of the five joint favourites (all priced at 10-1 with sponsors bet365) are members of the Classic crop including the Roger Varian-trained Fifth Position, who has lived up to his name in each of his last two starts, behind Elarqam in a Listed race at Sandown and behind Duke Of Hazzard in a Goodwood Group 3 event.

The other favourites are two stablemates from the yard of the four-time bet365 Cambridgeshire winner, John Gosden - Lord North and Star Of Bengal - plus the Hughie Morrison-trained Le Don De Vie, successful in three of his four 2019 starts, and Andrew Balding’s Good Birthday, triumphant in the Silver Cup at Beverley last month. The four-year-old Star Of Bengal is the only older horse among that quintet.

“Fifth Position is a tidy horse who is learning all the time.

“Some bits and pieces of his form at Group 3 and Listed level read very well. He won’t be inconvenienced by any rain that falls, will appreciate the nine furlong trip and the style of the race should suit him, so he has a good profile.

“I was a bit surprised when I saw that he was favourite this morning, though I never take too much notice of the betting market. I’m not sure what price I was expecting but it wasn’t as short as 10-1.”