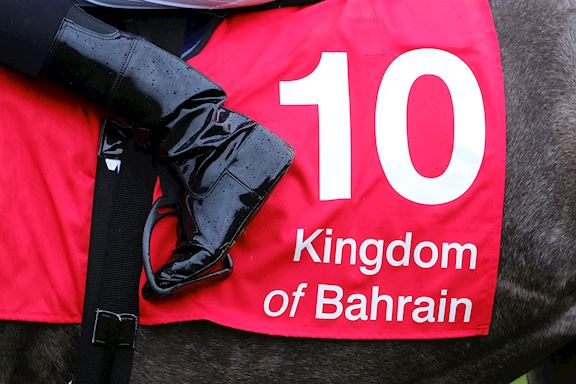 30th September 2019 – French trainer Alex Pantall, still looking for his first winner in Britain following almost four decades with a licence, is intending to run both Crown Walk and Madeleine Must in the Group 1 Kingdom of Bahrain Sun Chariot Stakes at Newmarket’s Rowley Mile Racecourse on Saturday (5th October).

The Pantall duo were among 11 fillies remaining engaged, including the last two winners of the QIPCO 1000 Guineas, in this £266,875 fillies and mares contest following today’s (Monday) confirmation stage. Run over a straight mile, the Kingdom of Bahrain Sun Chariot Stakes is the penultimate leg in the Mile category of the 2019 QIPCO British Champions Series.

Crown Walk has long been regarded as a top class filly but has run just three times since she posted a career best to finish second in the Group 1 Prix Rothschild at Deauville in July 2018. She was returning from five months on the sidelines when taking fourth place in the Group 3 Prix Quincey at the same venue four and a half weeks ago.

Madeleine Must, by contrast, only revealed her potential star quality on her latest start, when a convincing winner of the Listed Prix de la Cochere at Longchamp on 5th September, hence she needed to be supplemented for this race at a cost of £20,000.

The Rowley Mile witnessed a notable French triumph last Saturday, when Earthlight landed the Group 1 Juddmonte Middle Park Stakes, and raiders from across The Channel have an exceptional record in this race with five victories in its last ten runnings.

Trainer Karl Burke has said that he will make a decision tomorrow (Tuesday) concerning the participation of the reigning Kingdom Of Bahrain Sun Chariot Stakes champion and six-time Group 1 winner, Laurens.

Other likely participants are the Group 1 Tattersalls Falmouth Stakes winner, Veracious, and Billesdon Brook, successful over this course and distance in the 2018 renewal of the QIPCO 1000 Guineas.

There are four remaining Irish entries, most notably Iridessa and Hermosa, first and second, with Laurens back in fourth, in the Group 1 Matron Stakes at Leopardstown on 14th September.

They have also both already won showpiece races over this track and trip, Iridessa in the Group 1 bet365 Fillies’ Mile last October and Hermosa in this year’s version of the QIPCO 1000 Guineas.

Alex Pantall, trainer of Crown Walk and Madeleine’s Must, said:

“Crown Walk had a little problem at the beginning of the year but she is better now and  should improve a lot for her run in the Prix Quincey, which was only a comeback race.”

“We decided to pay the supplementary entry fee for Madeleine Must because there are not many races for a filly like her at this time of year and we think that the stronger tempo of English racing should suit her.”

“It was only a Listed race that she won last time, but that was a much improved effort, a very pleasant win, and the filly that she beat into third place, Imperial Charm, has lots of Group 1 form.”