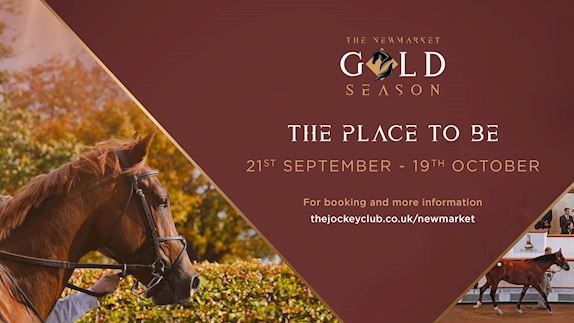 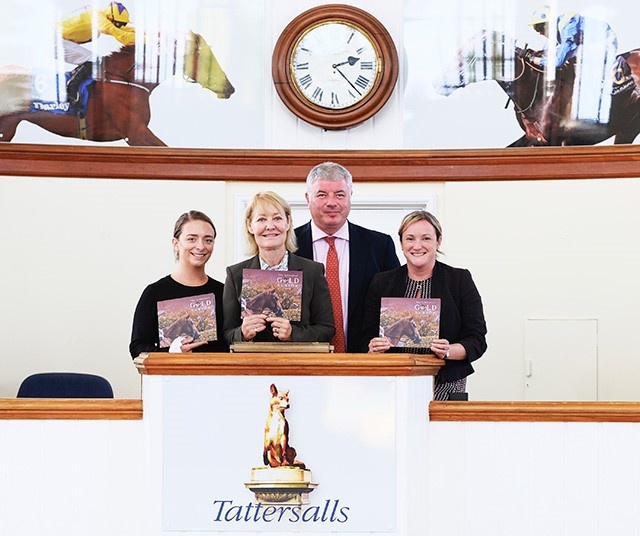 17th September 2019 - Leading community figures gathered at Tattersalls’ Park Paddocks on Tuesday to launch The Newmarket Gold Season, which begins this weekend with the Henry Cecil Open Weekend and racing at the Rowley Mile.

During The Newmarket Gold Season, more than 50,000 racegoers will visit the Rowley Mile, while tens of thousands will head to Tattersalls for an October Yearling Sale that 12 months ago generated turnover of some £170 million.

Newmarket Racecourses launched The Newmarket Gold Season this year as a long-term project to increase the profile of the town during the key autumn period, drawing attention not only to the world-class racing taking place at the Rowley Mile, Tattersalls October Yearling Sale and the Henry Cecil Open Weekend, but Discover Newmarket’s outstanding selection of tours, the National Heritage Centre at Palace House and the restaurants and hotels in and around the town.

The estimated value to the local economy of The Newmarket Gold Season is more than £40 million.

“Newmarket is known worldwide for its racing heritage and it is therefore only right that we should partner up with key organisations in the town in this way to encourage more visitors to discover all of the wonderful events and destinations we have to offer.

“It has been a pleasure to work with our partners on this project so far and it is my sincere hope that the community will see the benefits of The Newmarket Gold Season in the years to come.”

“The quality of the racing and the sales during The Newmarket Gold Season already acts as a magnet, attracting visitors from all over Europe and beyond.

“Promoting these events in this way creates a fantastic opportunity for further growth, while also boosting the local economy and celebrating local produce and suppliers.”

“I think that this concept of The Newmarket Gold Season is a very healthy development and a great initiative. It opens up the minds of people, who might have been rather parochial in the past, to the sheer gravitas that the whole of Newmarket can have, particularly at this time of year. It’s like a massive magnet, worldwide.

“When you talk about the business cluster of Newmarket – everything from racing, the sales, the breeding, the studs and the people who come and visit - there’s an awful lot of energy and power we can lock on to here and I think it’s very good, this concept of bringing it all together.”

“At The Bedford Lodge Hotel, we already know that this is a key time of year and so we are delighted to see the town’s most important organisations come together in this way to promote it to an even wider audience.

“The period not only demonstrates our town’s inextricable link to the sport’s history but the key role it has to play in our future economic health and prosperity. Our objective is to make the town a destination by highlighting the array of activities available for new and existing followers of horseracing to enjoy.”