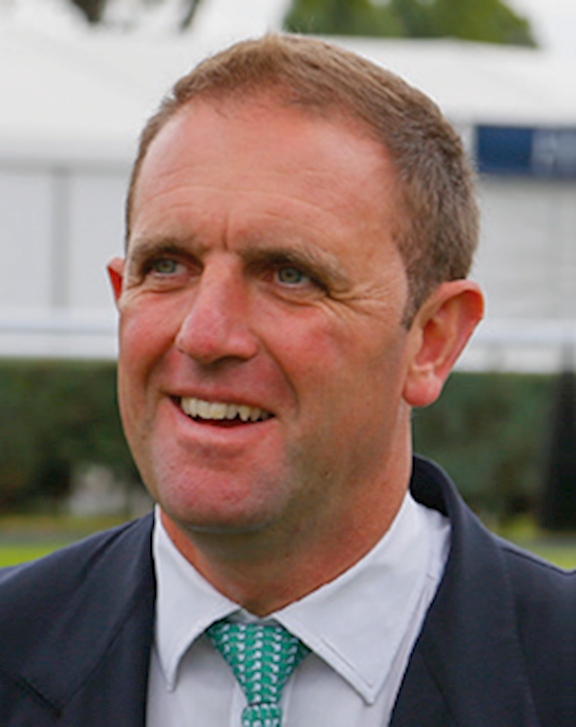 2nd November 2019 – Charlie Appleby brought the curtain down on a fantastic season at Newmarket’s Rowley Mile today by securing the title of leading trainer at the Home of Horseracing.

Sponsored by Al Basti Equiworld, leading owner, trainer and jockey prizes were officially introduced for the 2019 season to better engage and inform racegoers, while recognising the enormous contribution to our sport made by owners, trainers and jockeys throughout the season.

While Godolphin and Oisin Murphy had done enough to secure their respective titles prior to The Final Meeting, the battle for training supremacy was fought all the way to the line by two of the sport’s very best.

Johnston and Appleby came into the two-day fixture with 19 Newmarket winners each but it was Charlie Appleby who took the prize on 20 wins, ahead of Mark Johnston on 19 and John Gosden on 17.

The leading contenders in the race to be crowned top jockey were all absent from the Rowley Mile due to engagements at the Breeders’ Cup World Championships at Santa Anita, meaning Britain’s Champion Jockey Oisin Murphy added another honour in his unforgettable campaign.

His 18 winners were enough to hold off William Buick’s 16, with Ryan Moore in third with 12 winners.

While the trainers and jockeys fought it out deep into the autumn, Godolphin had the leading owner prize sewn up from a long way out, their 32 winners leaving them comfortably clear of Hamdan Al Maktoum’s 17.

“It has been a memorable season at Newmarket Racecourses and my thanks go to all owners, trainers and jockeys who have supported our racing and given us so much excitement during 2019. Without their dedication, skill and courage, we would not be able to enjoy the sport we love.

“We are also extremely grateful to Al Basti Equiworld for their support of Newmarket Racecourses throughout the season, and more specifically in relation to their enthusiasm for this year’s leading owner, trainer and jockey campaign.”

“The fact the race for the leading trainer and jockey honours has remained so tight even as we reached the latter stages of the campaign shows just how competitive racing at the Rowley Mile and July Course is on a consistent basis. As well as this, the calibre of the names at the top of their respective tables demonstrates the quality.

“My congratulations go to Godolphin, Charlie Appleby and Oisin on a fantastic season. We very much look forward to welcoming them, along with our sport’s other great competitors, back to Newmarket Racecourses to do it all again in 2020. 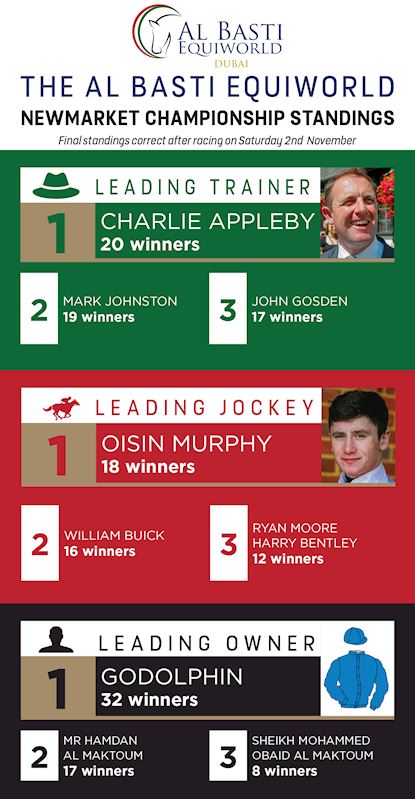