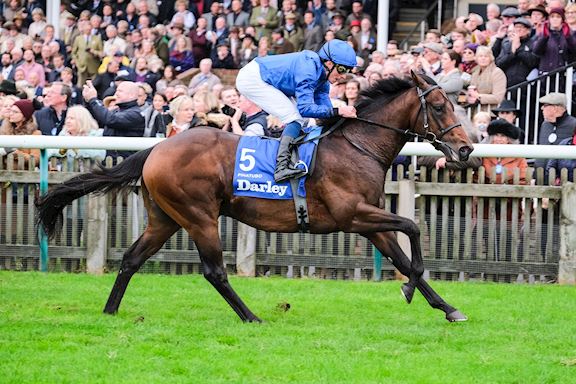 Pinatubo lit up The Newmarket Gold Season last October with a stunning victory in the Darley Dewhurst Stakes at the Rowley Mile and his 2019 exploits have seen him officially recognised as the year’s Champion Two-Year-Old, with a rating better than any juvenile has achieved in the last 25 years.

Trained in Newmarket for Godolphin by Charlie Appleby, Pinatubo was a perfect six-from-six in his debut campaign and will head into the spring as a strong favourite to continue his upward trajectory in the QIPCO 2000 Guineas on Saturday 2 May.

Expectations will be high come the big day and rightly so. Having achieved a mark of 128, which was published on Wednesday as part of the 2019 European two-year-old Classifications, Pinatubo is the highest-rated juvenile since Celtic Swing reached 130 in 1994.

To put Pinatubo’s achievement into context, the previous year’s Darley Dewhurst Stakes winner Too Darn Hot was rated 126, as was the mighty Frankel at the conclusion of his juvenile season.

Graeme Smith, the British Horseracing Authority’s lead two-year-old handicapper, said: “Pinatubo looked a potentially outstanding two-year-old when thrashing a competitive field in the Vintage Stakes [at Goodwood] and his next performance in the National Stakes [at the Curragh] was breathtaking – the kind you rarely see in top company. 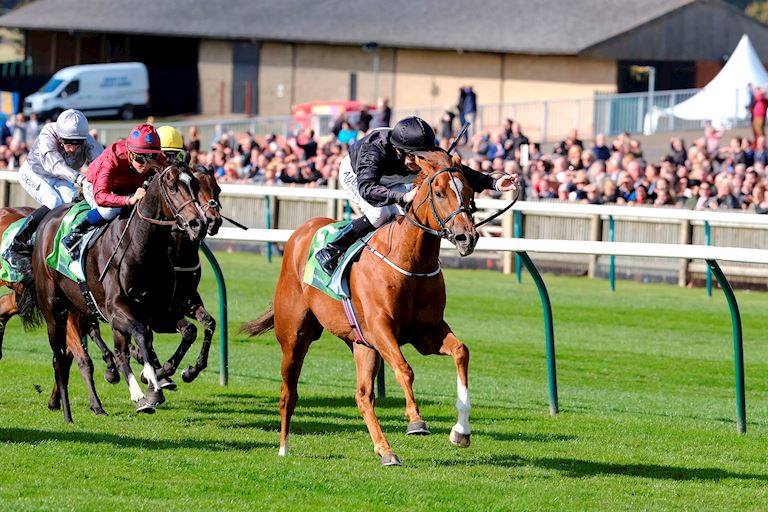 Another star of The Newmarket Gold Season was also recognised on Wednesday, with Juddmonte Cheveley Park Stakes winner Millisle being crown the Champion Two-Year-Old filly with a rating of 115.

Like Pinatubo, she could be back at the Rowley Mile on the first weekend of May to contest the QIPCO 1000 Guineas on Sunday 3 May.

“Millisle’s victory at Newmarket, when she defeated three Group 2 and two Group 3 winners, was the most substantive piece of form produced by any two-year-old filly in Europe in 2019,” said Irish Horseracing Regulatory Board handicapper Mark Bird of the Jessica Harrington-trained filly.

“She deservedly emerges as Champion in the division following in the footsteps of a long list of fillies, including Marling, Queen’s Logic, Tiggy Wiggy and Clemmie, who were all crowned Champion Two-Year-Old Filly after winning the Juddmonte Cheveley Park Stakes.”

Wednesday’s awards serve to whet the appetite for the QIPCO Guineas Festival and you can secure your ticket or hospitality package here.