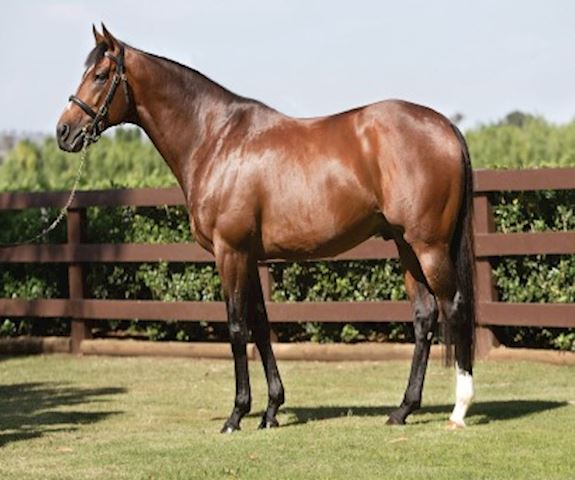 Five of the greatest matches in thoroughbred history

It’s Valentine’s Day and we humans aren’t the only ones looking to hit it off with that special someone during this romantic time of year. Breeding sheds traditionally open their doors on 14 February each year, kicking off a spring of equine matchmaking that will shape the sport for years to come.

To celebrate, we have selected five of the greatest matches in thoroughbred history, where the perfect combination of finely-honed genetics delivered greatness on the racetrack.

One of the great stallions in the history of the breeding industry, Coolmore Stud’s Galileo has produced stars with numerous quality mares but his meetings with Kind have proven especially fruitful.

Kind, herself a Listed race winner in The Jockey Club’s East Region at Nottingham in 2005, has visited Galileo six times but never with more success than in 2007, a liaison that produced the mighty Frankel.

A year earlier, the pair combined to make Bullet Train, forever linked with Frankel as his illustrious pacemaker, while 12 months after Frankel it was Noble Mission, who emulated his brother with victory in the Group 1 QIPCO British Champion Stakes.

For good measure, this pair is also responsible for the Listed-winning Joyeuse, as well as Morpheus and Proconsul.

War Front and Misty For Me

One of the stallion success story of the last decade was War Front, based at Claiborne Stud in America, who emerged as one of the very best in the world, thanks in part to his meetings with Misty For Me

A high-class racemare in her own right, Misty For Me has excelled as a broodmare and Newmarket Racecourses has provided the backdrop for much of that success.

In 2014, Misty For Me foaled a daughter of War Front who would be named Roly Poly and would go on to win three Group 1 races, including the Tattersalls Falmouth Stakes and Kingdom of Bahrain Sun Chariot Stakes in 2017.

The pair were mated again and this time had a son – US Navy Flag. Europe’s Champion Two-Year-Old in 2017 thanks to his wins in the Group 1 Juddmonte Middle Park Stakes and Group 1 Darley Dewhurst Stakes, US Navy Flag returned to Newmarket in 2018 to win the Darley July Cup.

Dubawi and Dar Re Mi

Arguably the greatest stallion ever to stand in Britain, Darley’s Dubawi has struck up a particular affinity with Dar Re Mi, Andrew Lloyd-Webber’s outstanding mare.

The pair have enjoyed incredible success in recent years, beginning with sisters So Mi Dar and Lah Ti Dar and culminating, in terms of racecourse appearances so far, with Too Darn Hot.

The latter won a Group 1 Darley Dewhurst Stakes at two and added a couple more Group 1s in 2019, securing his place at stud alongside his father.

For good measure, Dubawi and Dar Re Mi produced a second son, now named Darain, who was purchased by Qatar Racing as a yearling at Tattersalls for 3.5m guineas. Now three years old, his debut is eagerly anticipated.

Monogamy is not a thing in thoroughbred breeding circles and so Galileo makes the list once again, this time courtesy of his dates with You’resothrilling, herself a Group 2 winner at Newmarket in her racing days.

While Galileo has covered thousands of mares in his years at stood, he’s been the only one for You’resothrilling, whose five foals to race so far are all by the champion sire.

Chief among their progeny is Gleneagles, the 2015 QIPCO 2000 Guineas hero who now stands alongside his father at Coolmore Stud in Ireland. His sister Marvellous won an Irish 1000 Guineas and another, Happily, was twice a scorer at the highest level in Ireland and France.

Gleneages’ brother, The Taj Mahal, is a Group 2 winner in Australia, while another sister, named Coolmore, won a Group 3.

It would be hard to produce a list of breeding’s power couples and leave this great pair off. Both are no longer with us but the impact of their numerous get-togethers are still being felt.

One of the great broodmares in the illustrious history of Juddmonte, Hasili coupled with Danehill to produce five racehorses and four of them, Banks Hill, Intercontinental, Cacique and Champs Elysees, won Group or Grade 1 races. The other, Dansili, was placed in five elite-level events.

Dansili went on to enjoy a remarkable career of his own as a stallion, producing the likes of Harbinger, The Fugue and Flintshire, while Champs Elysees has a QIPCO 1000 Guineas winner to his name, the 2018 winner Billesdon Brook.

Many generations will have passed by the time the names Danehill and Hasili are not regularly popping up in the pedigrees of the very best horses on the planet.