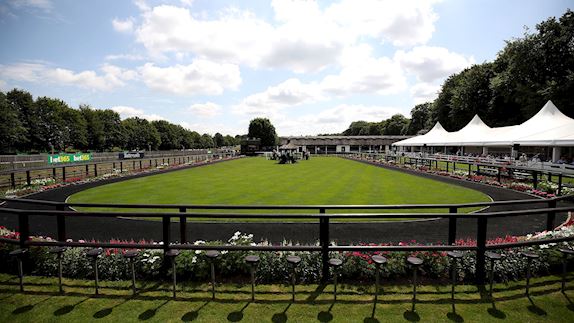 The two-year-olds will also take centre stage on day one at Newmarket in the Tattersalls July Stakes (Group 2). Her Majesty The Queen enjoyed her 24th Royal Ascot win when Tactical won the Windsor Castle and the colt looks set to step up into Group 2 company in what looks a quality renewal with Coventry Stakes second, Qaader, and a number of Aidan O’Brien’s two-year-olds entered into the 6f contest. O’Brien enjoyed further success over the weekend when landing the Investec Oaks and Investec Derby double.

Thursday’s Bahrain Trophy (Group 3) could see William Haggas’ Al Aasy, a 10-length winner on his latest start at Newmarket, take on Aidan O’Brien’s Dawn Rising and Memorabilis. John Gosden, who has won the Bahrain Trophy more than any other trainer, has entered Celestran and Miss Yoda.

The feature race on Friday, the second day of The Moët & Chandon July Festival, is the Group 1 Tattersalls Falmouth Stakes, a QIPCO British Champions Series race, which is run over 1 mile for fillies and mares, three-years-old and over. Newmarket’s Betfair Dahlia Fillies’ Stakes (Group 2) winner Terebellum who finished second at Royal Ascot in the Queen Anne Stakes (Group 1) heads the field whilst Duke of Cambridge Stakes (Group 2) winner and stable mate Nazeef as well as runner up, Agincourt, also have entries.

The Group 1 Darley July Cup Stakes, a QIPCO British Champions Series race, is the highlight of the meeting and will be run at 3.35pm on Saturday 11th July. The race is considered to be one of the most valuable and prestigious sprints in the world. Last year Aidan O'Brien took the prize with Ten Sovereigns and although a force to be reckoned with on the July course, it is Almohamediya Racing-owned Golden Horde who heads the market after his impressive win in the Group 1 Commonwealth Cup at Royal Ascot. Hello Youmzain also has an entry off the back of winning the Diamond Jubilee Stakes (Group 1) at Royal Ascot, as does Sceptical who was a close third.

The current going is Good to Firm. Michael Prosser, Head of Racing, said “We are forecast a breezy and largely dry day today. Tuesday will be dry until early evening and overnight light rain through to Wednesday morning. Sunny spells and possible showers are forecast for Wednesday, Thursday and Friday with Saturday looking dry. Thursday will be the warmest day at 25oC with Friday and Saturday at 19-20 oC. We are irrigating the whole course today and will monitor the weather to see what rain we receive before potentially supplementing that irrigation further on Wednesday.”

Ten of The Moët & Chandon July Festival’s twenty-four races will be shown live on ITV4 and five will be live on ITV1, with every single race available on RTV.