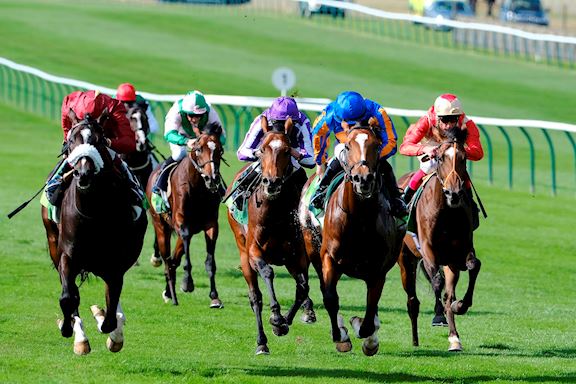 Five things to watch as the Cambridgeshire Meeting concludes

The third and final day of the 2020 Cambridgeshire Stakes promises plenty, with outstanding quality across all seven races. Here are five key storylines to keep an eye on.

Is there another star in the bet365 Cambridgeshire?

One of the highlights of any season at the Rowley Mile is the bet365 Cambridgeshire (3.35), a nine-furlong war of attrition contested by one of the largest fields assembled throughout the year.

The challenges presented by the COVID-19 crisis as far as overseas travel is concerned has contributed to a field of ‘only’ 29 being declared but there is still plenty of intrigue and many will be wondering if another star is lurking, as we have seen in recent years.

Lord North came out on top 12 months ago for John Gosden and Frankie Dettori and has gone on to Group 1 glory this season. The same team saddled Wissahickon to win this race in 2018 too, with that colt going on to land the Winter Derby at Lingfield the following February.

Al Rufaa represents the hat-trick seeking Gosden and Dettori this time around, while many will like the chances of the fellow Newmarket-trained Ilaraab, who arrived unbeaten in his last four starts for William Haggas.

Haggas will also saddle Montatham for Hamdan Al Maktoum, who along with his retained jockey Jim Crowley have enjoyed a fine year.

Can the Brits regain the Juddmonte Cheveley Park Stakes?

The first of two Group 1 races for juveniles on Juddmonte Day is the Juddmonte Cheveley Park Stakes (2.25) for the fillies, a contest in which the Irish have enjoyed tremendous success of late.

Much of that is thanks to Aidan O’Brien, who took it three times in a row from 2016 to 2018 with Brave Anna, Clemmie and Fairyland. Last year, Jessica Harrington took over with Millisle.

Not since 2015 has a British-trained runner prevailed, with Mark Johnston’s Lumiere coming out on top but the home team looks to have an excellent chance of taking the spoils this time.

The Karl Burke-trained Dandalla is undefeated in three starts, most recently in the Duchess of Cambridge Stakes (sponsored by bet365) at the Moët & Chandon July Festival earlier this year.

Richard Hannon won this in 2014 with the blisteringly quick Tiggy Wiggy and relies on Happy Romance this time, while there is a significant runner for James Ferguson in Zoetic. Ferguson, a former assistant to Charlie Appleby and son of John Ferguson, set up a training operation in his own name in Newmarket earlier this year.

Irish hopes, meanwhile, rest with just one filly, Ken Condon’s Miss Amulet, a Group 2 winner at York last time. Aidan O’Brien is not represented in the race for the first time in quite a while.

Frankie in the Middle?

The evergreen jockey is a Group 1-winning machine and could make it five on Saturday with Method, trained by Martyn Meade.

A son of Mehmas, himself a speedy two-year-old in his time, Method is having the third start of his career and curiously will be partnered by his third different jockey.

Ryan Moore was on board for his debut success at Doncaster in June before Oisin Murphy did the honours to win the Listed bet365 Rose Bowl Stakes at Newbury in July.

Dettori will be hoping that upward progression continues, although Minzaal, trained by Owen Burrows for Hamdan Al Maktoum, already has a Group 2 victory on his CV.

Aidan to Lodge a claim?

Fewer horses than one might ordinarily expect are making the trip from Ballydoyle on Saturday but it would take a brave punter to confidently predict that Aidan O’Brien will come up empty on the day.

He won the Group 2 Juddmonte Royal Lodge Stakes last year with Royal Dornoch and the year before that with Mohawk. Royal Kingdom, Mutinyonthebounty, Admiralofthefleet, Joshua Tree and Daddy Long Legs make up O’Brien’s seven successes in this race overall and he could make it eight on Saturday.

Should his Ontario prevail, he will equal Noel Murless with eight wins in the race and with only five runners declared, he has every chance. By superstar stallion Galileo and out of a Fastnet Rock mare, a cross that continues to prove lucrative, he finised a close third in a Group 2 at the Curragh last time out.

There appears to be little between most of these runners on paper, with Cobh and Gear Up holding solid claims in their own right but it would be no surprise to see Messrs Moore and O’Brien celebrating again?

One of the things that makes The Newmarket Gold Season special is the emergence of supremely talented young horses with designs on going to the very top of the sport. This year, however, it is not just the young horses who merit close attention.

A new generation of jockeys is making itself heard of late and a number of them will be out to add to their burgeoning reputations on Saturday.

Cieren Fallon is by a legend but is talented in his own right and has four rides, including aboard the aforementioned Ilaraab in the bet365 Cambridgeshire.

Another with four rides is Tom Marquand, fresh of a maiden Classic success in the St Leger earlier this month. Sinjaari looks set to give him a good spin in the bet365 Cambridgeshire too.

Jason Watson won the Group 1 bet365 Fillies’ Mile with Quadrilateral last October and has Tempest in the feature race on Saturday, as well Pleasant Man in the Juddmonte Royal Lodge Stakes.

With the likes of Callum Shepherd, Kieran Shoemark and Oisin Murphy all in action too, there is ample opportunity to get more familiar with names we should see on the biggest days for years to come.