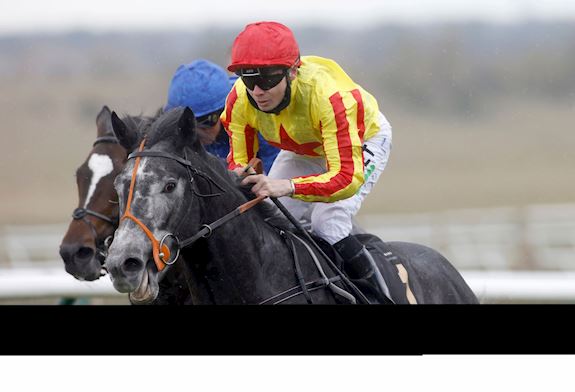 Day two of the 2021 QIPCO Guineas Festvial began with the Better Odds On Betfair Exchange Handicap over 10 furlongs with top weight River Alwen getting up close home to take the honours.

It was Godolphin’s Western Symphony who looked to have the race in the bag in the final furlong but jockey Jamie Spencer timed his challenge to perfection aboard River Alwen to get up and score by a length. The three year old son of Dark Angel was returned at 5-1.

Prior to today, River Alwen had finished a respectable fourth behind leading Cazoo Derby contender Hurricane Lane at Newbury last month and was successful over a mile at Haydock Park last year.

Jockey Spencer said afterwards: “He did well - he benefited from Newbury. He was a bit fresh there and he was dropped 2lbs for that, so it was a winnable race.

“I think 10 furlongs will be his trip. He’ll get more adaptable to middle distances as he goes along but 10 is fine for the time being – he’s a Dark Angel so not too many of them will be getting much further than that.

“He will progress, he needed it at Newbury and that was only two weeks ago, so I’d expect him to improve again. You know what it’s like here, when the leader gets a jump on you it’s hard to make up ground.”