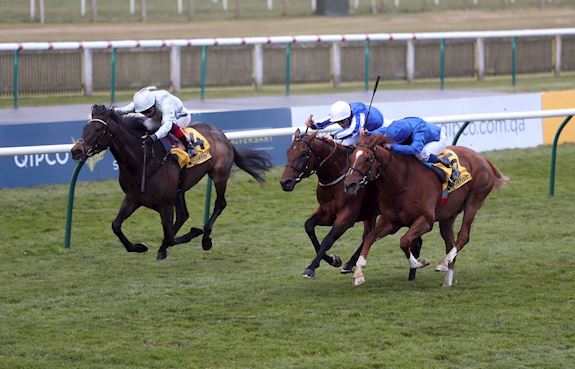 Just a nose and a short head covered the first three horses home in the mile and a half Back And Lay On Betfair Exchange as Zabeel Champion got up to prevail in the final strides.

Frankie Dettori looked to have dictated the pace to perfection with his front-running ride on Grand Bazar whereas Zabeel Champion was the first of the six runners to come iunder pressure around half a mile from home.

However, Ben Curtis finally got 9-4 chance Zabeel Champion up in the final half furlong to fend off 7-4 favourite Global Storm on the bob of a head, with Grand Bazar a short head away in third.

Winning trainer Mark Johnston said of his winner, a Poet’s Voice colt: “Jaber (Abdullah, owner) has sometimes not been too happy that we have been stepping him up to a mile and a half.

Asked if Zabeel Champion will now be in his handicap team for Royal Ascot, Johnston added: “I suppose he will be - it depends what the handicapper does to him. He is in the Hardwicke as well.

“He wasn’t entered at Ripon last Saturday until 11.50am (on preceding Monday, 19th April) and he wasn’t entered here until about one minute to 12pm (last Monday, 26th April). If everyone else keeps failing to turn up though he will keep turning up.”

Charlie Appleby, train of runner-up Global Storm, said: “He’s come back and it was a good race. He’s run well and we keep knocking on the door – so hopefully it will open soon!”

Frankie Dettori said of third home Grand Bazaar: “We ran a super race and just got beaten on the line.”