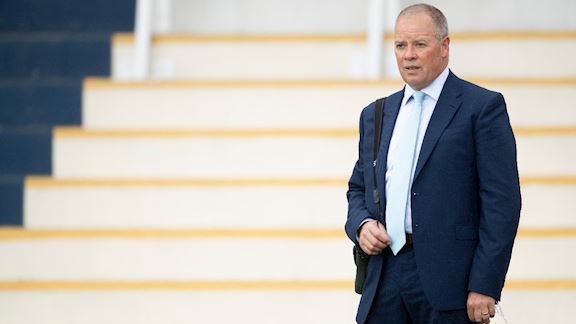 Clive Cox reports Nando Parrado to have ‘strengthened up well’ over the winter but admits ground conditions will dictate where he has his prep run ahead of the first Classic of the season, the Group One QIPCO 2000 Guineas at Newmarket (Saturday 1st May).

The Kodiac colt grabbed the headlines last season when becoming the longest-priced Royal Ascot winner ever after springing a 150-1 surprise in the Group Two Coventry Stakes, ahead of filling the runner’s up spot at Group One level in the Prix Morny at Deauville and the Prix Jean Luc Lagardere at Paris-Longchamp.

Nando Parrado will either be stepped up to mile for the first time on his return in the Group Three bet365 Craven Stakes at Newmarket (Thursday 15th April), or be kept at seven furlongs in the Greenham Stakes at Newbury according the Lambourn handler.

Cox said: “Nando Parrado is in great form and he has wintered really well. He looks very good and is much stronger.

“He is still talked about as being the biggest priced Royal Ascot winner but it was not as sensational for us as we liked him ahead of his first run at Newmarket, where prior to that he had never been away from home. It was a big step up at Ascot but he ran with promise first time out at Newmarket. He ran with promise afterwards especially in the Morny when he was second and he was then second again in the Lagardere on truly atrocious ground. We knew he coped with normal soft ground but that was very testing.

“The plan is to have a Guineas prep with him. He had his first ever run at Newmarket so he has experience there. He does cope with ease in the ground but one is over seven furlongs and the other over a mile and the ground will be a factor. We will decide nearer the time but we do have choices. His work so far shows us he retains plenty of speed from his two year old days but I think the mile will be his optimum trip and I don’t see why he won’t get it.”

An outing at Group Three level in either the Lanwades Stud Nell Gwyn at Newmarket or the Dubai Duty Free Stakes at Newbury is on the agenda for stablemate Isabella Giles ahead of taking aim at the QIPCO 1000 Guineas (Sunday 2nd May).

Having claimed victory in the Group Two Shadwell Rockfel Stakes at Newmarket on her penultimate outing, the daughter of Belardo beat only one home on her Group One debut back at the track in the bet365 Fillies’ Mile.

Cox added: “Isabella Giles is in very good form and she has been doing some nice pieces of work. We will look at one of the trials for her ahead of the Guineas which we are very much intending to target her at.

“She had been busy enough and we went back too soon after winning the Rockfel in the Fillies’ Mile. I’m pleased with the way she has strengthened up.

“She is very straightforward to deal with and she took a big step forward that day she won at Goodwood on what was real attritional ground.

“She handles the soft ground well but she has also won on a drying surface as it was like that on her debut at Leicester.”

Cox intends to work back from an outing in the Group One Commonwealth Cup at Royal Ascot with Supremacy which could start with a trip to Haydock Park to take in the Group Two Sandy Lane Stakes (Saturday 22nd May).

The Mehmas colt went from strength-to-strength following his defeat on debut at Windsor last season by rattling up a hat-trick of victories culminating with tasting Group One glory in the Juddmonte Middle Park Stakes at Newmarket.

He added: “The Commonwealth Cup is the obvious first major target and he will either go to the Pavilion at Ascot or the Sandy Lane at Haydock. Either of those would be logical steps to take first but I don’t think he could do both though Harry Angel did.

“He has got a Group One penalty we have to think about but I’m delighted with him and he is making the right sort of progress at home.”