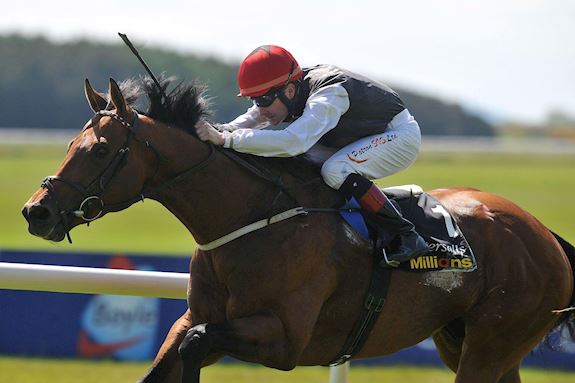 Pat Smullen, the nine-times Irish champion jockey who died last September at the age of 43, is to be honoured at Newmarket Racecourses with a race in his name at next month’s bet365 Craven Meeting.

The Pat Smullen Memorial Handicap is a Class 2 contest for four-year-olds and upwards over a mile and will take place on Tuesday 13th April, day one of the three day fixture on the Rowley Mile.

The track was where Smullen recorded his first British Classic victory, partnering Refuse To Bend to victory in the 2000 Guineas in 2003. He went on to ride 1,845 winners in Ireland and 47 in Britain, winning both the Derby at Epsom Downs and the Irish Derby on Harzand in 2016.

Smullen's close friend and Newmarket resident Ted Durcan is behind the naming of the Pat Smullen Memorial Handicap, having been one of nine retired stars of the weighing room to have ridden in the Pat Smullen Champions Race at the Curragh in 2019 which helped raise more than €2.5 million (Euros) for Cancer Trials Ireland in Smullen’s honour.

Durcan said: “There were a lot of people in England at the time of Pat's funeral who weren't able to pay their respects with all the COVID restrictions. I know many of us would have liked to have been able to hold a memorial service, which we weren't able to do, and this is just hopefully a nice way to remember Pat.

“The Craven meeting is always a very exciting time and Pat had huge success over the years at the Rowley Mile. The team at Newmarket Racecourses were extremely helpful and only too happy to stage a race in Pat's name.”

Durcan's sponsorship of the race in Smullen’s name also ensures that each member of stable staff leading up a horse for the Pat Smullen Memorial Handicap will receive a bonus of £25.

He explained: “Rather than have a best-turned-out prize we decided that everyone who leads up will get £25 rather than just one person getting £50. Pat was always very well-liked and respected by racing staff, and we all respect how much effort from the staff goes into getting the horses to the racecourse. It isn't a large sum but it is just a token of our appreciation.”

“Pat was no stranger to big race success here at Newmarket and we hope the race can mark his achievements both in and out of the saddle and bring back some happy memories for his family and many friends across the British and Irish racing industries.”