Day Two of the bet365 Craven Meeting not only welcomes the ITV Racing cameras to Newmarket for the first time each year, but also offers pointers for the forthcoming QIPCO 1000 Guineas in just two and a half weeks’ time.

The Lanwades Stud Nell Gwyn Stakes, a Group 3 race over seven furlongs, tends to produce some smart fillies and this year’s winner may prove to be just that. The seven-race card took place in front of a limited number of owners but racegoers are still waiting until the Government’s COVID-19 restrictions are lifted until they are allowed back on track. We sent Graham Clark to the Rowley Mile to review the action and speak to the winners… 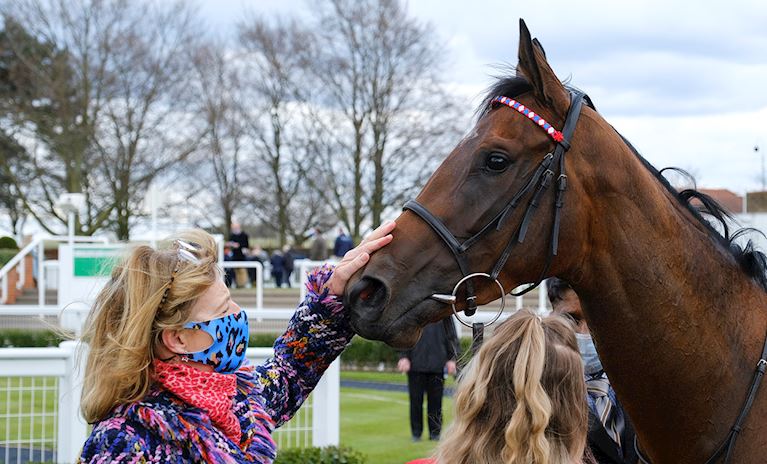 Trainer William Haggas admitted to being “frustrated” with his filly Sacred last season, after following up a debut victory at the Rowley Mile by finishing second three times at Group Two level.

However, there was nothing frustrating about her performance here as she secured the biggest success of her career to date in the Lanwades Stud Nell Gwyn Stakes, booking her ticket to next month’s QIPCO 1000 Guineas in the process.

Bursting through late on under Ryan Moore in the seven furlong contest, the 6-1 chance showed a smart turn of foot to defeat the previously unbeaten Saffron Beach by three quarters of a length, with favourite Love Is You a further length and a half adrift in third.

Although Sacred, who was promptly cut to 16-1 from 50-1 for the QIPCO 1000 Guineas by Betfair, has to prove she stays a mile, her Newmarket handler is keen to run her in the Classic on Sunday 2nd May.

“Ryan said seven (furlongs) would be her trip but I think it’s a no-brainer to come here in two weeks’ time. There is one of those (1000 Guineas) a year and she can always go back to seven.

“He was very pleased with her. He rides a lot for Cheveley Park and he knows what they want. He has ridden a lot for us over the years and he gave her a lovely ride and thought she won nicely.” 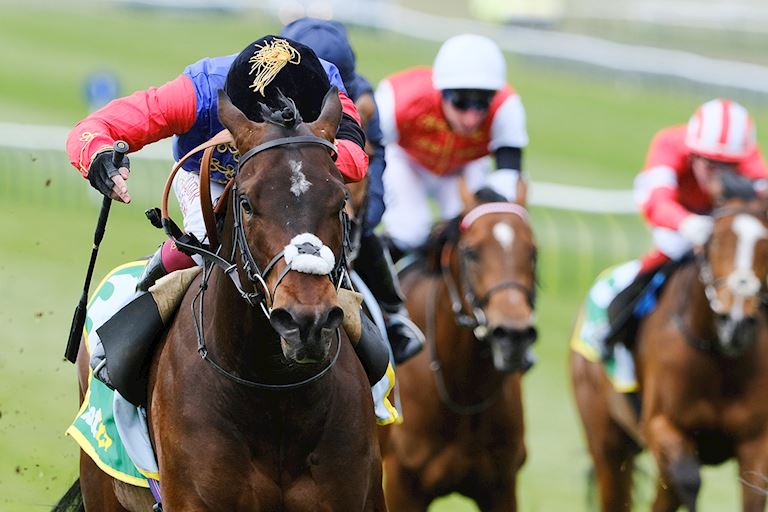 Tactical got his career back on track at Newmarket to provide Her Majesty the Queen with a poignant success in the bet365 European Free Handicap.

The Andrew Balding-trained three year old became the first horse to carry the royal colours to victory since the passing of her husband Prince Philip, The Duke of Edinburgh on Friday.

Having landed the Windsor Castle Stakes at Royal Ascot 12 months ago, the son of Toronado ended the campaign on a low key note after appearing to lose his way in three starts following his Group Two success in the July Stakes at Newmarket.

But the 5-1 chance made amends here, wearing down long-time leader Naval Crown in the closing strides of the seven furlong contest to score by a neck.

John Warren, racing manager to Her Majesty the Queen, said she would now help make the decision as to which race he will target at Royal Ascot this summer.

He explained: “Andrew and I have been discussing with The Queen whether we should experiment today what his trip is going to be.

“Having won at Ascot over five (furlongs), then a July Stakes over six he then lost his way at the end of the season and we ought to find out whether he is a Jersey horse, St James’s Palace, or Commonwealth Cup horse, if he was good enough for that.

“Today was a learning mission to see if we would bring him back to six. He has proven today that seven is no problem and all roads are to Ascot for perhaps the Jersey and he doesn’t get penalty for winning a Listed race which is handy.

“Andrew will get his head around it and chat with The Queen and strategise but will make a plan for the Jersey and have an entry for the St James’s Palace Stakes. It has been our imponderable over the winter why he tapered himself off a bit.” 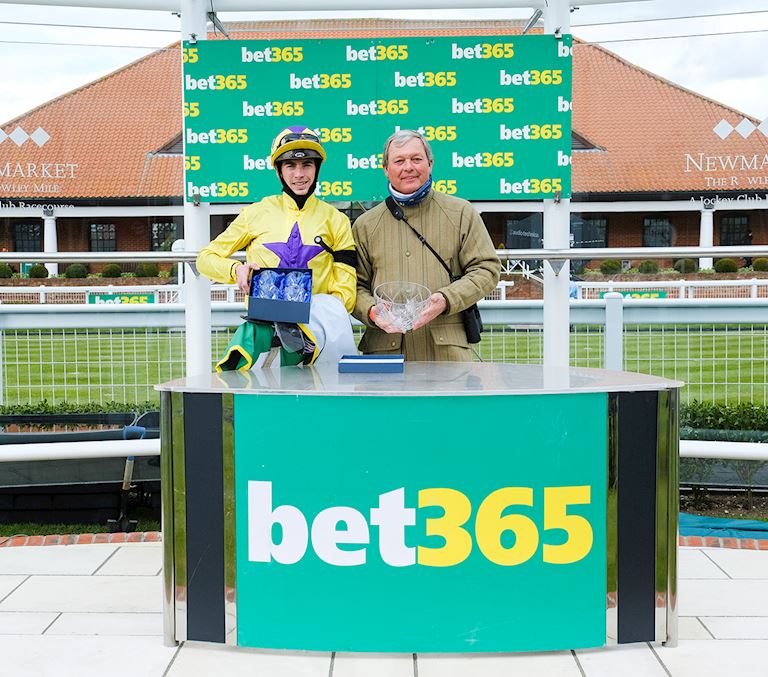 HAPPY HAGGAS HAS SOME BIG PLANS FOR MY OBERON

My Oberon can look forward to a first outing at Group One level on his next start after running out an impressive winner of the bet365 Earl Of Sefton Stakes.

Having finished third in a pair of Group Three contests last season the four-year-old son of Dubawi made it third time lucky at the same level to give trainer William Haggas a first victory in the race.

Held up behind the leading pair of Marie’s Diamond and Global Giant during the early stages of the 1m 1f prize, the 7-1 chance pressed on over a furlong out before maintaining his gallop all the way to the line to go on and score by two and a half lengths.

Haggas said: “We always hoped he would be a nice horse as he is well bred by a young Group-winning mare by Dubawi and they get better with age. We hoped he would do well and that is a good start.

“I think it’s very likely that we will go for the Lockinge. I’m quite keen at some stage to get him up to a mile and a quarter but I want to run in a Group One now and try and make him a bit of a stallion. I think the Lockinge is the obvious race.

“He seems to handle most ground and he didn’t run badly in the soft. I think he is a stronger horse and Dubawis can improve with age.”

Haggas later celebrated a treble on the card when he watched Mohaafeth land the last race of the day, the Cash Out at bet365 Handicap Stakes under a strong ride from Jim Crowley. 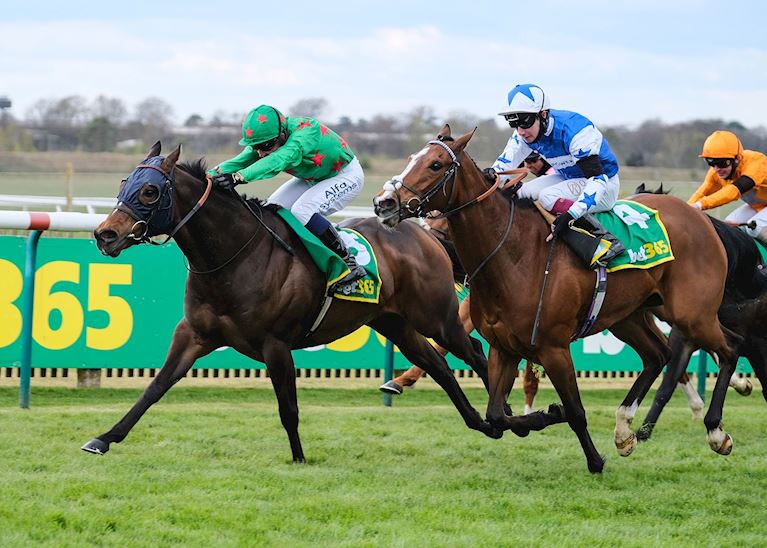 Count Otto put his assured race fitness to good use when scoring for the fourth time since the turn of the year with a tenacious success in the bet365 Handicap.

Having been kept busy during the winter the Amanda Perrett-trained Sir Prancealot gelding showed a willing attitude to back up his three victories on the all-weather this year in the six furlong contest.

Though pressed late on by Chil Chil, the six year old rallied well under Jim Crowley to hold off the Andrew Balding-trained gelding by a neck.

Perrett said of the 9-1 winner: “He is a wonderful little horse and he has been very consistent since January. He had a bit of an injury after Epsom as something galloped into the back of him so it gave him a nice holiday. He has come back and it is great to see him do it on the turf.

“He was only beaten a neck at the track last year and he loves fast ground. From January that’s his fourth win of the year and any horse that does that is worth their weight in gold.” 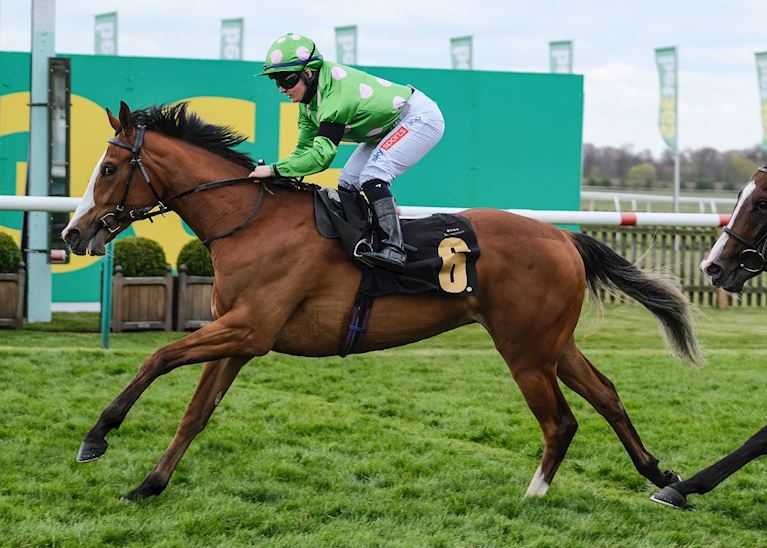 Desert Dreamer kept it in the family for trainer Stuart Williams by securing a debut victory to move a step closer to an outing at Royal Ascot.

And she showed a smart turn of foot under Hollie Doyle to defy her 25-1 price tag and prevail by three-quarters of a length in the five-furlong dash.

Williams, who was celebrating his first winner on the Rowley Mile in 697 days, said: “She has been going nicely at home and that is my first two-year-old winner here in about 136 tries!

“I was pleased with her and she is very straightforward. She is not very big but she is tough and brave and has got a bit of talent.”

Asked about a potential run at Royal Ascot, he added: “I’d hope so. We’ve got to run again and we might look at something like the National Stakes at Sandown or the Marygate at York.

“She runs in my mother’s colours and she owns him with my brother-in-law. My mum is on her own now and we have sold the stud so this gives her a bit of interest.”