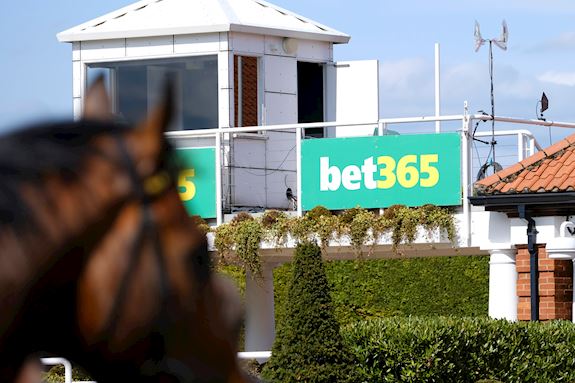 The bet365 Craven Meeting - What makes it so special?

The dust has barely settled on the Randox Grand National Festival at Aintree when Newmarket’s bet365 Craven Meeting begins. As well as being one of the key early season fixtures on the Flat, it also has a habit of producing strong clues for the forthcoming Classics. Here Nick Seddon takes a look at everything you need to know about the three days of top class action...

For Flat racing fans, Newmarket’s bet365 Craven Meeting is as much a sign that Spring has sprung as bright yellow daffodils and newborn lambs.

Dating all the way back to 1771, the Craven Meeting on the Rowley Mile is an event steeped in history, and to this day it still serves as Newmarket’s first fixture of the Flat season.

More than that, it provides a generation of three year old colts and fillies with the perfect platform to announce themselves ahead of the season’s five Classic races – Newmarket’s QIPCO 2000 and 1000 Guineas in May, the Derby and Oaks at Epsom Downs in June and the St Leger at Doncaster in September.

All three days of the meeting include notable affairs, though the feature is the Group 3 bet365 Craven Stakes on day two, a race for three year old colts over one mile, which traditionally acts as a trial for that first Classic race of the season - the following month’s QIPCO 2000 Guineas.

Run over the same course and distance, the bet365 Craven Stakes is a logical place to test the credentials of a young horse, and Scot Free was the first to complete the Craven-Guineas double back in 1884.

Since then, only Haafhd has gone on to follow up in the Guineas - in 2004 - but that’s not to say that the race hasn’t produced smart winners in the meantime. And while the 2018 winner Masar was not successful back at the Rowley Mile just three weeks or so later, he did go on to win the Derby that same season.

Meanwhile, the 2014 winner Toormore achieved plenty of Group 2 success in the same Godolphin blue colours as Masar, while Twice Over (2008) and Toronado (2013) both won multiple Group 1 races at Group 1.

And it’s not only the colts who take centre stage at the Craven Meeting, with the Group 3 Lanwades Stud Nell Gwyn Stakes on day three over seven furlongs often acting as a key trial for the QIPCO 1000 Guineas.

Speciosa was the last Nell Gwyn winner to go on to win the Classic for Pam Sly in 2006, though the 2018 Guineas winner Billesdon Brook showed it can also be pertinent to keep an eye on those who place in the race, having finished fourth in the classic trial before causing a 66-1 upset under Sean Levey.

History tells us there are plenty of clues for the season right across the three days of the Craven and the Group 3 Abernant Stakes on day three is testament to that.

Run over six furlongs, it has developed a habit of producing clues for the Group 1 Darley July Cup on Newmarket’s nearby July Course, with Oxted winning both races last season for Roger Teal and Cieren Fallon.

Looking further back, Mayson completed the same double in 2012, while the 2017 and 2018 Abernant winner Brando went on to place in the July Cup on both occasions.

As for the rest of the cards, keep an eye on the listed bet365 Feilden Stakes on the opening day. Run over nine furlongs and contested by three year old colts and fillies, the race tends to produce useful middle distance performers and has pointed us to two Derby winners in the last 10 years - the 2015 Epsom Downs winner Golden Horn and the 2013 French Derby winner Intello.