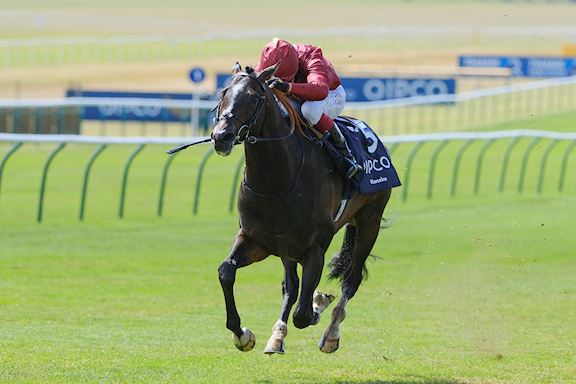 While racing fans the world over will be glued to the first two Classics of the season this weekend, very few people know what it’s like to ride in the QIPCO 2000 and 1000 Guineas at Newmarket.

From the week leading up to the races to the moment the stalls open at the top of the Rowley Mile, jockeys go through the whole range of emotions while trying to remain cool, calm and collected under immense pressure.

Here Oisin Murphy, who won last year’s QIPCO 2000 Guineas on Kameko, gives his own account of what riding in and winning one of the world’s most famous races means to him...

“The week leading up to the Guineas can be a little bit stressful! You’re hoping your horse doesn’t have any setbacks or hiccups and remains in good form. I suppose mentally you’re thinking about what might run, who’s riding who and what the ground will be like – all of that is running through your mind.

“This year, for me personally I know I’m going to the 1000 Guineas with a live chance on Alcohol Free. I don’t know what I’ll be riding in the 2000 Guineas, but it’s exciting.

“I know Alcohol Free very well because I’ve ridden her so many times at home and on the track, but often before those big races if you pick up a ride and you’ve never ridden them before, then you’d go and have a canter on them beforehand.

“Normally for the two days of the Guineas it’s a big buzz because Newmarket is packed. There’s a lot of noise! You get a great mix of traditional racegoers and young people from large towns like Cambridge and Essex.

“The 2000 Guineas is an incredibly important race because it’s a stallion-making race and from that point of view it’s very important. They’re the races that you look back on when you’re retired and stand out for you if you can win them.

“I’m a big fan of Newmarket. I ride with a lot of confidence there and I enjoy both the July Course and the Rowley Mile. I love them and I’m pleased with my percentages there.

“The Rowley Mile is undulating and often on fast ground. We run very fast sectionals and the best horse wins. It brings the cream to the top and separates the really high-class ones from the ones who aren’t quite as talented.

“The trial races give you a little bit of a feel for the race in the build-up but most of the horses aren’t ready in the trials, so you very much have that in mind. You’ll often see in France that it’s very rare that the trial winner goes and wins their main event. The best horses in those races often finish down the field because they’re not fully tuned up and Alcohol Free for example will have improved a lot from the Fred Darling onto Newmarket.

“My first Classic last year on Kameko was a great moment. His owner, Sheikh Fahad, watched it with his wife Sheikha Melissa down the road and it was very special. It’s a shame he wasn’t there in person (because of COVID-19 protocols) but hopefully I can ride another one for him some day.

“It’s a race I wanted to win growing up. I remember watching the likes of Camelot and even before him all the really top-class horses going on their Triple Crown campaigns by starting in the Guineas. I know some of them never ended up running in the Leger – but the likes of Sea The Stars and Frankel were spectacular.

“Last year with Kameko the race was run to suit us and the wind was down or probably even behind us. There was fast ground, we went quick and it was a good result.

“With Alcohol Free this weekend in the QIPCO 1000 Guineas, she’s got the perfect profile. She’s a Cheveley Park winner and she ticks all the boxes but like any of those big races they’re hard to win."