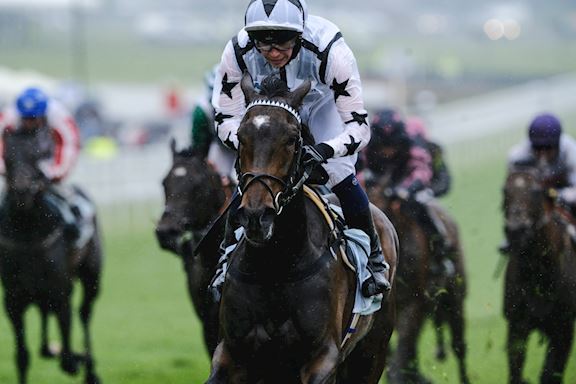 Trainer George Boughey hopes Oscula can continue living up to her bargain buy price tag in the Duchess Of Cambridge Stakes (sponsored by bet365) at Newmarket’s Moet & Chandon July Festival.

With Oscula proving she is capable of competing against Pattern race opposition, Newmarket handler Boughey is keen to pitch the Galileo Gold filly into Group Two company for the first time on her next start in the six furlong contest on Friday 9th July.

He said: “It was a huge run from the filly to finish to third in the Albany and all being well she will probably go straight to the Duchess Of Cambridge Stakes now.

“She only cost 4,000 guineas and there was a lot of fillies that cost a lot more who finished behind her in the Albany. She is a really tough filly and has a fantastic will to win.

“We could have run her in the Empress Stakes this weekend at Newmarket but we decided to stick to running her in another Group race.”

Much of Oscula’s best form has come with cut in the ground, but Boughey would be willing to see how she fares switched to a quicker surface.

He added: “Her best form is on softer ground but she won at Brighton on pretty quick ground, though that is a different level of form.

“She will run in the Duchess Of Cambridge as long as it’s not firm, which it isn’t likely to be.

“She is already rated 100 and if she is going to be a smart filly running in these races then we are going to have to run her on quicker ground at one time to see how she handles it.”

Despite being content to keep Oscula at six furlongs for the time being, Boughey is confident the Nick Bradley Racing-owned filly will be ready for a longer trip as the season progresses.

He added: “We are sticking to six but I’ve no doubt she will get further. She could probably run over a mile at two. Hopefully we can get plenty of races into her and have some fun.”