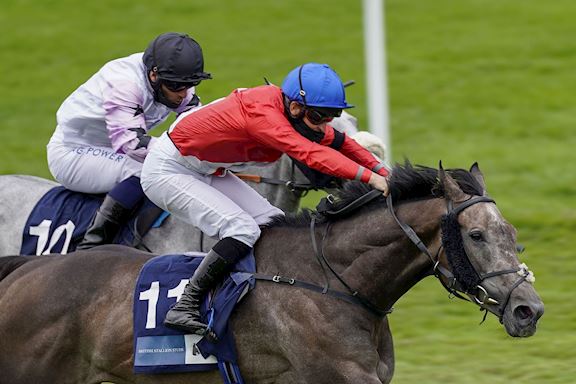 Impressive Duke Of Cambridge Stakes winner Indie Angel could make her Group One debut at Newmarket’s Moët & Chandon July Festival after connections admitted they have not ruled out supplementing her for the Tattersalls Falmouth Stakes.

The John and Thady Gosden-trained four year old took her career to new heights at Royal Ascot last week when opening her account for the campaign with a decisive two and a half length success in the mile Group Two prize for fillies and mares.

Although Indie Angel does not hold an entry in the Group One mile contest on Friday 9th July, connections have the option of paying a £18,000 supplementary fee on July 3rd to have the four year old daughter of Dark Angel added to the field.

Chris Richardson, racing manager to owner Cheveley Park Stud, said: “It just depends on how things are. I am always a bit nervous about running them back at the July Festival after Royal Ascot. John Gosden will no doubt give us his suggestion in due course.

“It is not out of the question that she could be supplemented. It is a significant amount to pay up and we just need to see how the filly is afterwards. It might have been that Ascot was her highlight.”

Indie Angel’s 22-1 victory last week was a 75th winner for jockey Frankie Dettori at the Royal meeting, and although Richardson admits the success was a slight surprise it was not a complete shock.

He added: “She is a quirky filly and things didn’t go right for her the time before at Newmarket. She is talented though and is impressive when she gets her conditions.

“We were able to drop her in behind at Ascot and get cover and come out of the field and that’s what we had planned to do at Newmarket. She ended up on the wing there on her own and ran to free so Frankie (Dettori) just looked after her.

“With the stalls in the middle of the track at Ascot I had a fear they might all come over to the stands side and not allow her to do what she did, but thankfully they didn’t and she put it to bed very quickly.”

A decision will be made nearer the time as to whether Potapova will be given the chance to provide trainer Sir Michael Stoute with a record-breaking seventh success in the Tattersalls Falmouth Stakes.

After following up her debut success at Chelmsford City with victory in a novice event at Redcar on her return, the Invincible Spirit filly saw her unbeaten run ended when pitched into Group One company for the first time at the Royal meeting in Friday’s Coronation Stakes.

Richardson added: “Potapova hated the ground at Ascot and she just ran a bit too free which is something we hadn’t seen her do before.

“We discussed running her and in hindsight we probably shouldn’t have but Richard (Kingscote) looked after her and I’m sure she will have her day.

“Sir Michael rates her highly and she is certainly a filly we are looking to keep in training next year. She takes time to come to herself and it was a big ask and a big step up on Friday.

“Whether we throw her in the deep end quite so soon I’m not sure as she is a filly that will give us a lot of pleasure racing next year.”