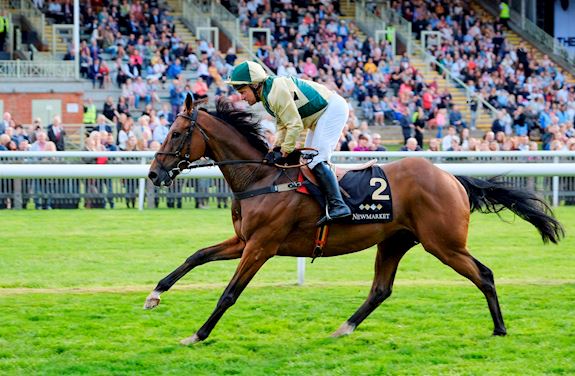 Colin Moore may be 79 years old, but that is not stopping him from taking on eleven other courageous riders in a quest to win the 351st running of the Newmarket Town Plate this month.

The three miles and six furlongs Town Plate was not run in 2020 due to the COVID-19 pandemic, but will make a popular return to Newmarket's unique Round Course on Saturday 28th August.

Moore rode under Rules in the late 1950s and early '60s before weight issues forced his retirement from the saddle, but during his relatively short career he was able to line up in the 1961 Hennessy Gold Cup, won by Mandarin. His first ride in the Town Plate came in 2019, when he finished fourth.

"It must be some sort of record to have your first ride on the flat at 77," Moore said.

He is determined ensure he is well prepared for this year's event. "I ride out for David Loughnane six days a week, riding three or four lots a day. I also cycle and try to run, which keeps me fit - hopefully fit enough to get the trip on the 28th of August!"

The race was inaugurated in 1666 by King Charles II, who became the only reigning monarch to win a race by taking the spoils that year. He decreed that the race should "be run forever" and the Town Plate remains one of his legacies. Famously, one of the prizes for victory in the race, which is confined to amateur riders, is a box of Powters celebrated Newmarket sausages.

Among Moore's competitors is Rachel Rennie, who is racing secretary to trainer Martin Smith. Rennie was due to compete in the race five years ago, before being diagnosed with breast cancer. Having made a recovery and been given the ride on Smith's Friends Don't Ask, Rennie hopes to make her belated debut in aid of two charities close to her heart.

Rennie said: "I will be raising funds for Cancer Research and also for the Egyptian horse welfare charity Prince Fluffy Kareem, who provide medical care, support and education for the horses and owners in the Pyramids area."

The riders for the 2021 Newmarket Town Plate are: