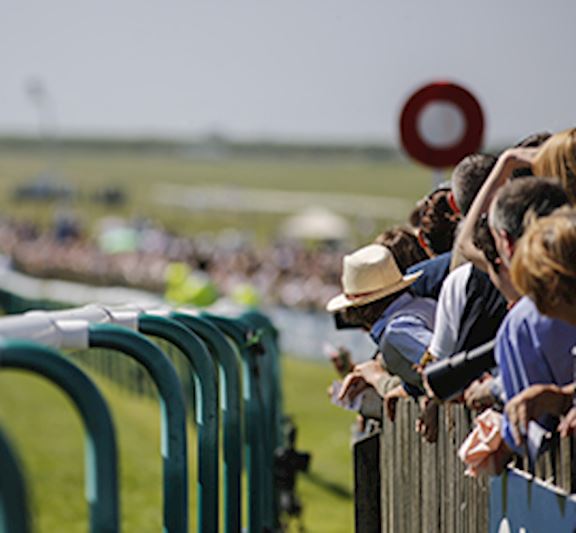 It was Two-Year-Old Day on the Rowley Mile on Wednesday 20th October with seven of the eight contests restricted to juveniles.

Jane Chapple Hyam may still be on cloud nine after Saffron Beach provided her with a first Group One in this year’s Kingdom of Bahrain Sun Chariot Stakes at Newmarket earlier this month, but she is already mapping out a Classic campaign for Claymore, who she plans to go “big time” with next season.

Never one afraid to take on a challenge, Chapple-Hyam is talking about aiming the New Bay colt at both the QIPCO 2000 Guineas back at the track in April and the Cazoo Derby at Epsom in June following his debut impressive success in the Racing TV Novice Stakes this afternoon.

Racing front rank throughout the seven furlong prize the 13-2 chance kept on finding from the sharp end before passing the post four lengths clear of 13-8 favourite Noble Order to give Chapple-Hyam the perfect early birthday present ahead of the big occasion tomorrow.

Following the race Claymore was introduced at 33-1 for the 2000 Guineas and Derby by William Hill, while Paddy Power went 40-1 for the former.

Chapple-Hyam said of the winner: “We’ve always liked him but I had to get the owner six months to wait to run him as he was keen to get him out and race him.

“I said let him wait and fill up into his frame as he is a big unit. He is full of himself and I like him very much.

“Joe (Fanning) was the perfect jockey to go and do it from the front. It hasn’t surprised me he has won by that far as he has got a high cruising speed.

“Joe (Fanning) loves him and said he is a serious horse, so we will give it a go - you know me. It is my birthday tomorrow so it was a good present.”

Chapple-Hyam confirmed that stable star Saffron Beach, who also finished second in this year’s QIPCO 1000 Guineas, is now finished for the season.

She said: “We had a lovely time celebrating afterwards. The owners all came up and we got one of those pizza vans in and the champagne flowed so that was good.

“She is finished now and is going to rest and we will see what happens. She will winter at the stables. We have a few options for her at the start of next season.”

Charlie Appleby continued his charge towards a first Flat Trainers’ Championship after New London provided him his 100th winner of the year in the Home Of Racing Maiden Stakes.

Having built up a lead of over £500,000 over second placed John and Thady Gosden in the race to be crowned champion trainer, which ends on 31st December, the Newmarket handler reached another milestone thanks to the debut victory of the Dubawi colt.

Despite being one of the first off the bridle in the mile and a quarter event the 5-2 favourite responded well before forging past leader Soul Stopper close to the line to score by a neck.

Appleby said: “It would be nice to win the trainers’ title as we are now so close and it would be frustrating if we got beaten on the line.

“We have a few horses to keep punching away with and winning. It would be a great bonus on the season we have had.

“I’m delighted to get my 100th winner in the UK this year. It is great for the whole team and Godolphin.

“It has been a fantastic year and all the achievements are well deserved by everybody and long may it continue.”

On the winner he added: “He was bred to get the trip and we knew he would appreciate the conditions and Will (Buick) said he loved the conditions.

“We will put him away for next year but hopefully he will be a nice middle distance three year old.”

Ed Dunlop enjoyed a winner on his 53rd birthday after Indy Moon put her previous experience to good use to defeat debutant Abalone Pearl by half a length under Kieran Shoemark in division two of the Discover Newmarket Fillies’ Restricted Novice Stakes over seven furlongs.

The Newmarket handler said of the 10-1 winner: “That was nice to get a birthday winner. We’ve always liked her but she was green first time out.

“I like the way she stayed on and she will stay further. She is a home bred of Johnny Weatherby’s and I’m delighted for them particularly.”

Classic-winning rider Tom Marquand admitted he would have been “disappointed” had he not walked out the winner of division one of the seven furlong prize aboard Canterbury Bell, who was awarded the race following a stewards’ enquiry.

Having initially finished second aboard the William Haggas-trained Ribchester filly behind Silver Kitten, the placings were reversed after the stewards held that Silver Kitten had interfered with Canterbury Bell and the interference had cost Canterbury Bell more ground than the distance she was beaten by – a short-head.

Marquand said: “The distance we were carried across the track was quite a lot.

“It’s great for her as the penny is really starting to drop and it is good for her to be a winner at two.”

There was further success for Marquand and Haggas together later on the card after Bashkirova (2-1 Favourite) maintained her unbeaten record when collecting the mile Devils Dyke Fillies’ Handicap, the only race on the card open to three year olds and upwards, by a length and a quarter.

Maureen Haggas, wife of the winning trainer, said: “She seemed to handle the ground but she probably wants a bit further. She is going the right way.”