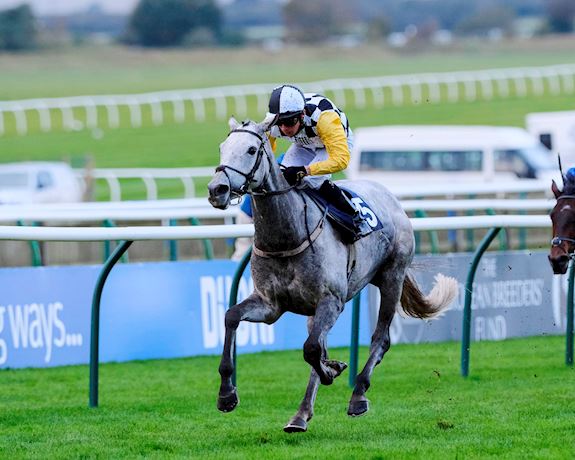 Willie Mullins admits it would be an “honour” if he could become the first trainer in more than 100 years to secure a record-equalling fourth victory in the Together For Racing International Cesarewitch Handicap on Saturday (October 9th).

Mullins has dominated the prestigious two and a quarter mile contest in recent years, winning it with Low Sun in 2018, Stratum in 2019 and Great White Shark 12 months ago.

The Closutton handler has declared six runners in his bid to become the first trainer since Matthew Dawson equalled William Day’s record of four wins in the race with Stone Clink in 1886.

And if one of M C Muldoon, Burning Victory, Whiskey Sour, Great White Shark, Micro Manage or Foveros were to succeed in this year’s contest, Mullins would be the only trainer in history to win the Cesarewitch four years running.

Although he has built a reputation for big race Jumps success in Ireland and at the Cheltenham Festival, where he is the most successful trainer of all time, Mullins is only too happy to support major Flat races like the Cesarewitch.

He explained: “Any of those long distance handicaps are always a target and the prize money has moved up significantly in the race as well and chasing big prize money is always another of our targets.

“With the two combined together it becomes an obvious race to go for and as we buy a lot of ex-Flat horses to go jumping it is easy for them to switch back into a race like this.

“The Cesarewitch is something we can consider for a number of our horses so we keep it in the back of our mind and as the season goes on we sharpen the focus a little bit more for the right ones.

“It is a privilege to have horses good enough to compete in these races and it would be an honour to equal the record. We are going to give it a good go with the team that we are bringing over.”

Heading Mullins’ list of entrants is long time ante-post favourite M C Muldoon, who bounced back from filling the runner’s-up spot in the Ascot Stakes at the Royal Meeting in June with victory in a novice hurdle at Galway in July.

He said: “He is in good shape and I think that the track and trip will suit him. His last run over hurdles in Galway was a nice prep for this.

“He ran a great race at Royal Ascot. He has been coming along all the time. I think he is getting stronger all the time and getting better at racing. It has taken a while for the penny to drop, but I think it will hopefully reflect well in the Cesarewitch.

“After Ascot it looked an obvious thing to do to get Ryan Moore on him again if he became available for the ride.”

Burning Victory has been out of luck in two starts over obstacles since taking advantage of Goshen’s final flight fall in the 2020 JCB Triumph Hurdle at the Cheltenham Festival.

However, the five year old mare has won both her outings on the Flat in France this year at Lyon Parilly and last time out in Deauville.

Mullins said: “The conditions of the races suited her in France and she will probably go back to France after this, then continue her hurdling career over the winter.

“It has been a nice preparation taking in the races in France. I think a bit of rain would help her. It is good to soft at the moment which is fine. As long as it is safe ground it will be fine.

“On ratings there is not much between her and M C Muldoon. Both horses are improving and it depends how much each one has improved as to which would come out on top.”

Great White Shark will bid to become the first dual winner of the race behind Aaim To Prosper, who landed the 2010 and 2012 renewals. However, Mullins believes the seven year old, who has not been seen since meeting with defeat in the Grade One Mares’ Hurdle at The Festival in March, has it all to do off her revised mark.

He added: “Jason Watson gave her great ride in the race last year. It is going to be very tough for her to come back and be very competitive in a handicap like this after a bit of time off.

“She loves the track and will handle everything so she takes her chance. She is up against it off her new rating and not having run since Cheltenham.

“We were hoping she could have done what she did last year the previous year but she lost her jockey on the way to the start and things didn’t go right for her in the race.

“We thought she had a good chance last year but it is very hard to predict you are going to win a race like the Cesarewitch in the manner that she did as there are lots of other talented horses in the race and it depends who gets the run of the race on the day.”

Whiskey Sour is without a victory to his name since claiming a Grade One novice hurdle at Leopardstown in 2017, but Mullins expects the eight year old to run his race on what will be his first start since finishing fourth in a handicap hurdle at Punchestown in April.

He said: “It does seem like he has been around forever but he is still only eight and is in good shape. The trip and the ground won’t be any problem to him so I hope he will run his usual good race.

“He is a lighter framed horse and is easier to get ready than some. He is not as big a unit as Great White Shark so he is easier to get in shape from a lay-off and that is the plus side to him.”

Arguably the least exposed of Mullins’ runners is the lightly-weighted Foveros, who will be ridden by Ray Dawson. The six year old enters the race on the back of a solid run in defeat at the Galway Festival in July, having previously run out a comfortable winner at the Curragh.

Mullins said: “He is an Authorized gelding that won in soft ground at Longchamp before he came to us. He ran a great race in Galway. That run puts him well in here with a chance off 8st 3lbs.

“I’ve not used Ray (Dawson) much before. He can do the weight and he is riding well at the moment so hopefully things can go well for him.”

Finally, Mullins believes Micro Manage needs to learn to settle better if he is to take another step forward and make it four wins from just seven starts on the Flat.

He said: “He would definitely have the ability and I think he should stay the trip. He might want to settle a little better and he needs to learn a little bit more about racing.

“I’m hoping that he has still got plenty of improvement in him as he does some tremendous work at home. I just need to get him to do that on the racetrack.

“Although he is a maiden over hurdles he has won half of his Flat runs and he has a similar sort of profile to Great White Shark.”