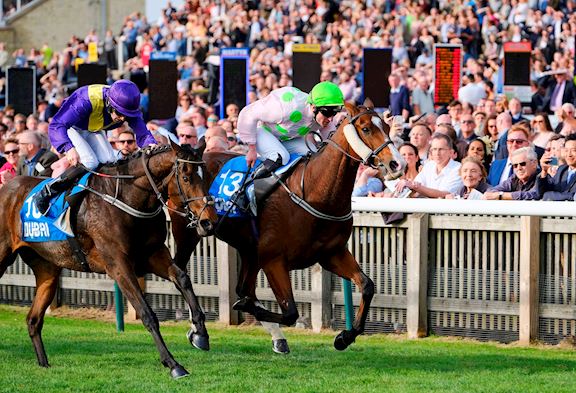 Record prize money of more than £12 million will be on offer this year at Newmarket Racecourses, as the Home of Horseracing’s 2022 season gets underway tomorrow.

The first of 39 racedays this year at Newmarket’s two courses – the Rowley Mile and July Course – will take place on Tuesday 12th April, when the three-day bet365 Craven Meeting begins.

The QIPCO Guineas Festival also starts later the same month and for the first time since 2003 it will be staged over three days (Friday 29th April to Sunday 1st May inclusive), with live ITV coverage on all three days.

The festival, which stages the first Classics of the season - the QIPCO 2000 and 1000 Guineas - took place behind closed doors in 2020 and with only owners present in 2021.

Total prize money at the QIPCO Guineas Festival tops £2 million this year, with the re-introduced Friday programme featuring the Group Two Jockey Club Stakes as well as two Listed races – the Newmarket Stakes and the King Charles II Stakes. Betfair generously extends its support to three Heritage Handicaps at the QIPCO Guineas Festival, with each offering £100,000 in prize money.

Newmarket’s two famous autumn Heritage Handicaps, the bet365 Cambridgeshire and the Together For Racing International Cesarewitch, will for the first time ever have prize money parity, with both run for a total of £200,000.

Michael Prosser, The Jockey Club’s Racing Director for the East Region and Newmarket’s Clerk of the Course, added:“All of us at Newmarket Racecourses are very excited for the upcoming 2022 season.

“The addition of a Friday to the QIPCO Guineas Festival is not just great from a spectator perspective, it also means we have been able to fully optimise the race programme across the meeting.

“In addition to our two Classics and Group races, there are no fewer than three Heritage Handicaps, all worth £100,000 each, and the total prize money for the QIPCO Guineas Festival is well over £2 million. ITV are also showing the Friday, presenting us with a fantastic opportunity to further showcase the sport.

“I’m also delighted that we are in a position to offer record prize money of £600,000 for the Darley July Cup and it is also a really positive move for horsemen that there is now prize money parity between the bet365 Cambridgeshire Heritage Handicap and the Together For Racing International Cesarewitch Heritage Handicap.

“With record total prize money for the season at £12 million, I am confident that we should see some of the best horses in the world coming to Newmarket to compete this year. We can’t wait to get the season underway.”

Tickets for all of Newmarket’s fixtures are available at thejockeyclub.co.uk/Newmarket, beginning with Newmarket’s opening meeting of the season, the bet365 Craven Meeting, which this year sees a change to its running order.

Newmarket’s July Course will also host a series of music nights this summer, with the likes of Paloma Faith, Rudimental, The Script and Anne-Marie among the acts taking to the stage after racing during June, July and August.