Joint-trainers John & Thady Gosden and jockey Frankie Dettori, who underwent what proved to be a short-lived sabbatical from each other following Royal Ascot last month, reunited with a victory when Mighty Ulysses (11-10 Favourite) came home the comfortable winner of the Listed Edmondson Hall Solicitors Sir Henry Cecil Stakes (1m) at Newmarket today. This led John Gosden to comment “it is good we are back together and we are happy”.

Three year old Mighty Ulysses, who was beaten less than a length when fifth in the Group One St James’s Palace Stakes at Royal Ascot, took advantage of the drop in class today as he was pushed out by Dettori for a very comfortable length and a half success over Alflaila (12/1) with Berkshire Shadow (4-1) another half-length away in third.

John Gosden said: “No one likes interruptions or stuff in the public domain but there wasn’t a lot of choice. This is becoming a very boring subject (referring to the sabbatical). Anyhow it is good we are back together and we are happy.

“The plan was to take a lead but we wound up in front but he ran very well and we are delighted.

“I thought he ran a blinder (in the St James’s Palace Stakes). He was wide and made a lovely run but coming from so wide around the field it just petered out the last 40 or 50 yards after he had come to win it. I couldn’t be more happy.

“He will stay at this trip now we know a mile and a quarter is not viable. If we do anything we will go to Goodwood where there is a three year old only Group Three and look at that. That would be a logical place to go and stay with the three year olds.”

Frankie Dettori said: “It is special that Jane Cecil (widow of Sir Henry Cecil) got the roses from the garden which is a good way to remember Henry.

“It was a bit of a mess up as he is a horse that likes a lead. I found myself in front and I knew it was going to be a sprint but he managed to get me out of trouble.

“It went completely the opposite to how I wanted but he is a talented horse that has got a nice future.

“He is a horse that likes to run at horses. I was looking at the paper this morning and I thought the only obvious one was Jim Crowley (Monaadah) but he went to the fence and he tried to expose me to daylight and that is what he did.

“He was running a bit keen so I had to do my own thing. I knew it was going to be a sprint finish. For a minute Jason Watson headed me and I thought ‘God, the race didn’t work out’ but in fairness he knuckled down and got it done.

“He is a work in progress. He has never had a proper run at it. We might have over pitched him in the St James’s Palace but he didn’t disgrace himself. Today he hit a flat spot then he got going. He will be an interesting horse for next year.”

On the sabbatical, Dettori added: “Maybe John was right that I needed a sabbatical. I’d be the first one to say I had the worst Ascot in my 35-year career. I’m 51 and John is 71. We sat down and had a chat and we are not kids anymore so we sorted things out. What is past is past it is about going forward and I’m glad to have a winner on the first day.

“It would have been a shame to finish it like this. I’ve known John for 30 years and I’m grateful as a friend what he has done for me throughout my career. I didn’t want to hold grudges and it is about going forwards.”

Owen Burrows, trainer of second-placed Alflaila, said: “It was a very pleasing run. He has split two horses there from Royal Ascot which is Group One form, so I’m very pleased.

“The way he was running, he might get a bit further, so we’ll have a look and see what there is. His run style gives us every confidence that he would certainly get a bit further so we might look to step him up.”

Andrew Balding, who saddled the third Berkshire Shadow, said: “I think Jason felt he could have held onto him for a little bit longer, which probably in hindsight he should have done. He’s run well though and we’re back on an even keel.”

Charlie Appleby said: “I’m delighted, they’ve all run well today. As respect to this pair, Noble Dynasty came here fit and well and had been doing some good work at home. I hadn’t run him all season because I was aiming for the Hunt Cup with him but unfortunately I got balloted out of that so this was our next point of call.

“In respect of Echo Point he’s run a good solid race on his first run back since Dubai in February. We pinpointed this race for him and they both run lovely races and Echo Point is probably entitled to come on for it.” 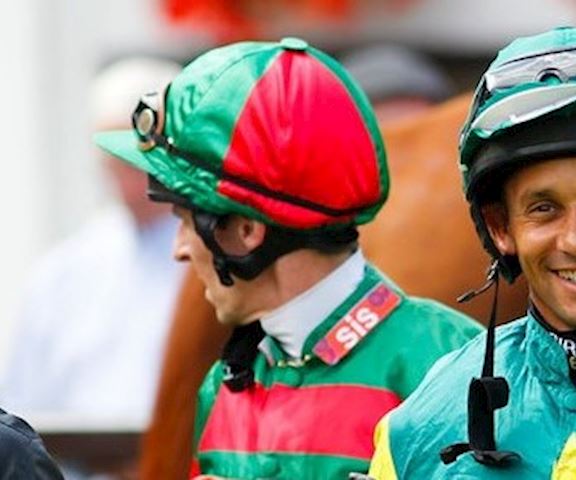 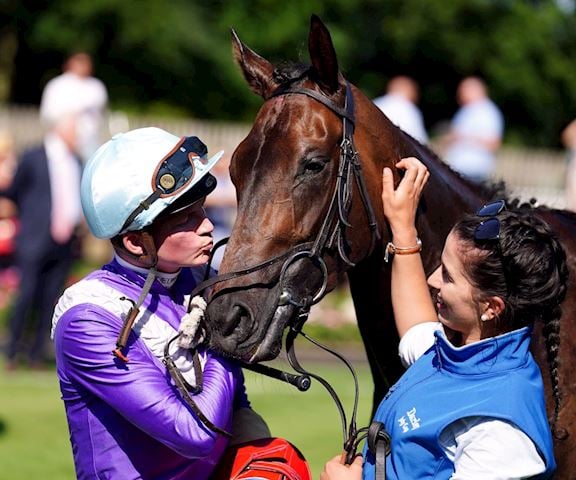 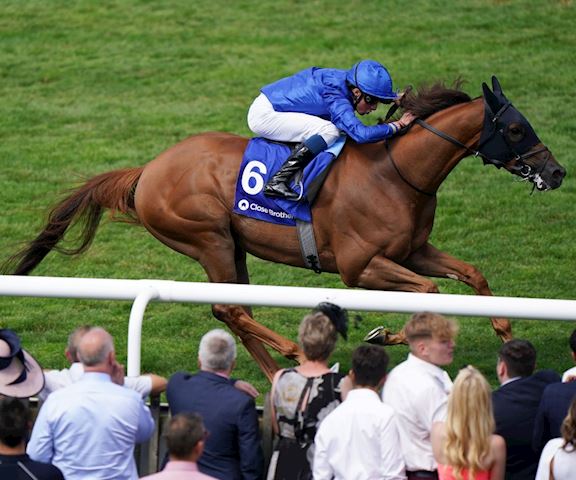