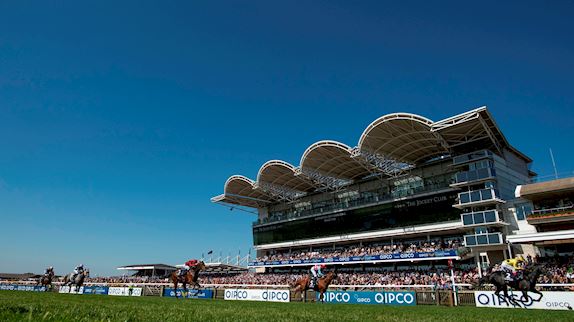 Newmarket Racecourses and Juddmonte Farms are delighted to announce an extension to their partnership with the inauguration of ‘Juddmonte Day’, featuring two Group 1s and a Group 2, all for two-year-olds, at Newmarket’s Rowley Mile Racecourse on Saturday, 30th September.

A seven–race card, which will be televised live by ITV Racing, will commence with the back-to-back running of three of Britain’s most prestigious juvenile events – the Group 2 Juddmonte Royal Lodge Stakes, the Group 1 Juddmonte Cheveley Park Stakes and the Group 1 Juddmonte Middle Park Stakes. The three races will be worth a combined total of £500,000 in 2017, rising to £675,000 by 2018 - a near 50% increase in prize money from 2016.

The Cheveley Park is a new addition to the Juddmonte sponsorship portfolio whereas Juddmonte has lent its name to the Middle Park since 2015. The Juddmonte Royal Lodge Stakes, which has been run under that name since 2006, is for colts and geldings and is contested over a mile.

Juddmonte Farms is one of the world’s leading breeders, with over 100 individual Group or Grade 1 winners to its name.

The current Juddmonte stallion roster includes the home-bred unbeaten dual World Champion, Frankel, who was the leading sire in the Northern Hemisphere by two-year-old Group winners in 2016, alongside Bated Breath, Dansili, Kingman, Mizzen Mast and Oasis Dream, and soon to be joined by current World Champion, Arrogate.

Frankel himself won the Juddmonte Royal Lodge in 2010 (its last renewal before it was moved from Ascot to Newmarket) while Oasis Dream lifted the 2002 running of the Middle Park Stakes.

“We are very pleased to confirm that Juddmonte will become the new sponsors of the Cheveley Park Stakes alongside their existing sponsorship of the Middle Park and the Royal Lodge Stakes until at least 2020.

“Through the growth of the partnership, which includes prize money increases across the Juddmonte sponsored races, we can also announce that the Saturday of the Cambridgeshire Meeting will now be known as Juddmonte Day.

“Juddmonte is already a much valued partner and this new agreement means that the Home of Horseracing and one of the most prestigious stud businesses in the world will be working together further to promote three of Britain’s best known juvenile races.”

“Juddmonte is delighted to renew its close partnership with Newmarket Racecourse with sponsorship of three highly prestigious two-year-old races. Prize money is an extremely important part of any sponsorship deal with which we are involved, and therefore the increase of nearly 50% for those three races is particularly welcome.”