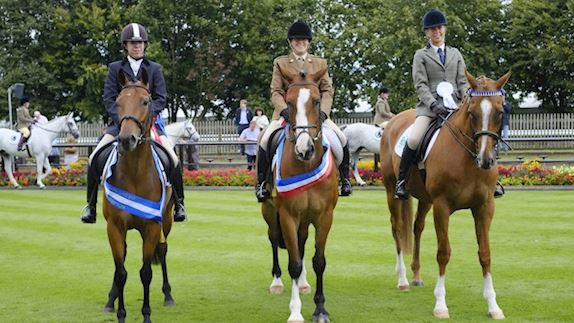 Pluto, the trusty steed to Trainer George Peckham, was crowned Champion out of a class of 19 horses who were put through their paces in the Newmarket Hacks Class at the Adnams July Course today ahead of racing.

Pluto is a 16hh Bay Irish Sport Horse whose role involves leading the string out each morning with his trainer aboard, as well as teaching the yearlings to canter up and down the gallops. On his occasional day off during the winter, he loves a day out on the hunting field where he excels.

The trainer’s Hack can often be overlooked in a yard of magnificent racehorses when in fact they play an integral part of day to day life for many racing stables as the trusty steed for the trainer or an assistant.  Ranging from thoroughbred to cob, Hacks come in all shapes, sizes and personalities, some of which make them unique and at times, famous!

The Newmarket Hacks Class was judged by Edmond Mahony, Chairman of Tattersalls and a regular judge of the Working Hunter show ring circuit along with kind sponsors, Di Arbuthnot, Chief Executive of Retraining of Racehorses (RoR) and Samantha Kettle, representative for Forelock and Load, a Suffolk based equestrian and shooting shop.  The class was split into two parts, one under saddle where riders and horses were asked to walk and trot on both reins, and the other in hand.

Thoroughbreds and non-Thoroughbreds were judged separately and placed from 1st – 6th in each category with rosettes and prizes for both riders and grooms provided by the kind sponsors.  The overall Champion and Reserve Champion were then crowned as well as the Best Turned Out who won £100 worth of vouchers from Forelock and Load and a bucket of goodies.

“I am very proud to have partnered Pluto in today’s class, let alone win!  As he is George’s horse, I don’t actually ride him very much – I sat on him on Friday for the first time.  I work for George part time, riding out, so it definitely is a bit of a change to be riding Pluto instead of one of the Thoroughbreds.

“I rode out this morning and then helped Emma [Peckham] gave him a bath and plait him up before heading to the racecourse.

“Pluto can be a bit of a baby though, nine times out of ten he will spook first, scaring the rest of the string!  So he was very well behaved today considering he can be a bit spooky.

“He is a very important part of the team and we are so pleased he won overall.”