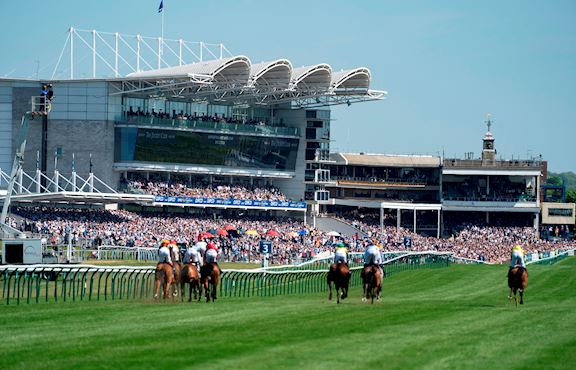 British actor Nathaniel Parker has been confirmed as the special guest for the Trainers Commentary Competition which takes place at Newmarket’s Rowley Mile Racecourse on Saturday, 23rd September during Cesarwitch Trial Day.

The competition, in aid of the very worthy beneficiaries of the 32Red Newmarket Open Weekend, will see three Newmarket and three Lambourn based Trainers take to the commentary position at the Rowley Mile Racecourse.  Jamie Osborne, Joe Tuite and Brendan Powell will represent the Valley of the Racehorse as Team Lambourn and Amy Murphy, Richard Spencer and Mark Tompkins will represent the home team as Team Newmarket.  Nathaniel will commentate on the six furlong Handicap Stakes which is the fifth race on the card that day.

Nathaniel is a very successful screen and stage actor who has played a range of roles in a long list of iconic films, theatre productions and television series.  One of Nathaniel’s most notable roles was as Detective Inspector Thomas Lynley in the acclaimed BBC drama series, The Inspector Lynley Mysteries, as well as starring in films including the Body Guard, Beverly Hills Ninja and Hamlet to name a few.  Alongside his busy work Nathaniel is also a keen rider and loves horseracing too.

“I am sure this will be a tremendous day.  These are very important local charities that deserve the racing public’s support. I only hope that I don’t embarrass myself and manage to call home the right horses! Please come along for the ride.”