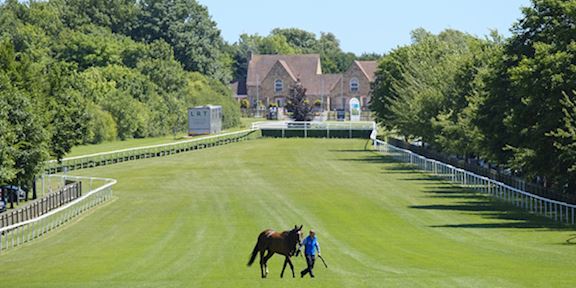 Redkirk Warrior, who holds entries in both the Group 1 Diamond Jubilee Stakes and the Group 1 Darley July Cup, will take part in a racecourse gallop at 8.00am tomorrow (Saturday) at Newmarket’s Adnams July Course.

The gelded son of Notnowcato will be ridden by trainer David Hayes’s travelling head lad, Dara O’Meachair, and will work on his own over a distance of five furlongs. He will arrive at the course at 7.45am.

Initially trained in Newmarket by William Haggas prior to a stint in Hong Kong, Redkirk Warrior has been based since 2016 at the yard of David and Ben Hayes and Tom Dabernig at Euroa in Victoria, Australia.

In February he won the Group 1 Black Caviar Lightning Stakes at Flemington and returned to the same course a month later to carry top weight to victory in the Group 1 Newmarket Handicap – a race he also won in 2017.